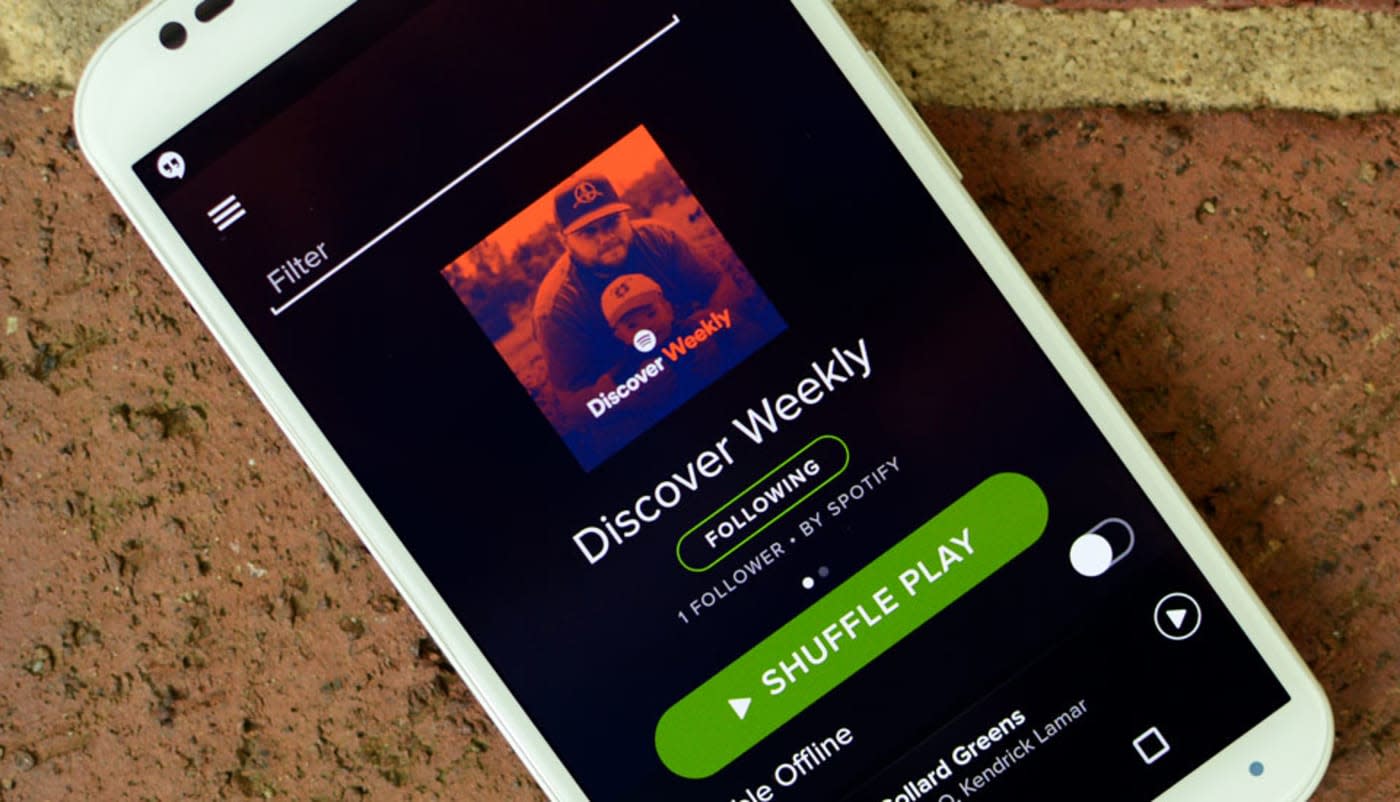 Everybody hates Mondays, but Spotify listeners probably hate them a bit less than most. That's when the service's "Discover Weekly" playlists get refreshed, which offer a selection of personalized tracks based on your listening habits. Since launching last July, Spotify says 40 million users have streamed almost 5 billion Discover Weekly tracks. Not bad for something that just started out as an in-house experiment. (And yes, I'm listening to my Discover Weekly playlist as I type this.)

The feature has also ended up being a decent hook for keeping listeners engaged. Spotify says over half of Discover Weekly users come back the following week, and a similar amount saves at least one song to their own libraries. I suppose that shouldn't be too surprising though -- having millions of tracks to stream is both a blessing and a curse. So something like Discover Weekly, which knows your habits and can apply it to Spotify's entire library with machine intelligence, can be a huge help for finding music you'd actually like.

Spotify says the feature has also helped smaller artists get discovered. More than 8,000 artists have had half of their listeners from Discover Weekly in the last month. And some, like BØRNS and Halsey, have gained over a million listeners thanks to the feature.

In this article: av, culture, DiscoverWeekly, entertainment, music, Spotify
All products recommended by Engadget are selected by our editorial team, independent of our parent company. Some of our stories include affiliate links. If you buy something through one of these links, we may earn an affiliate commission.