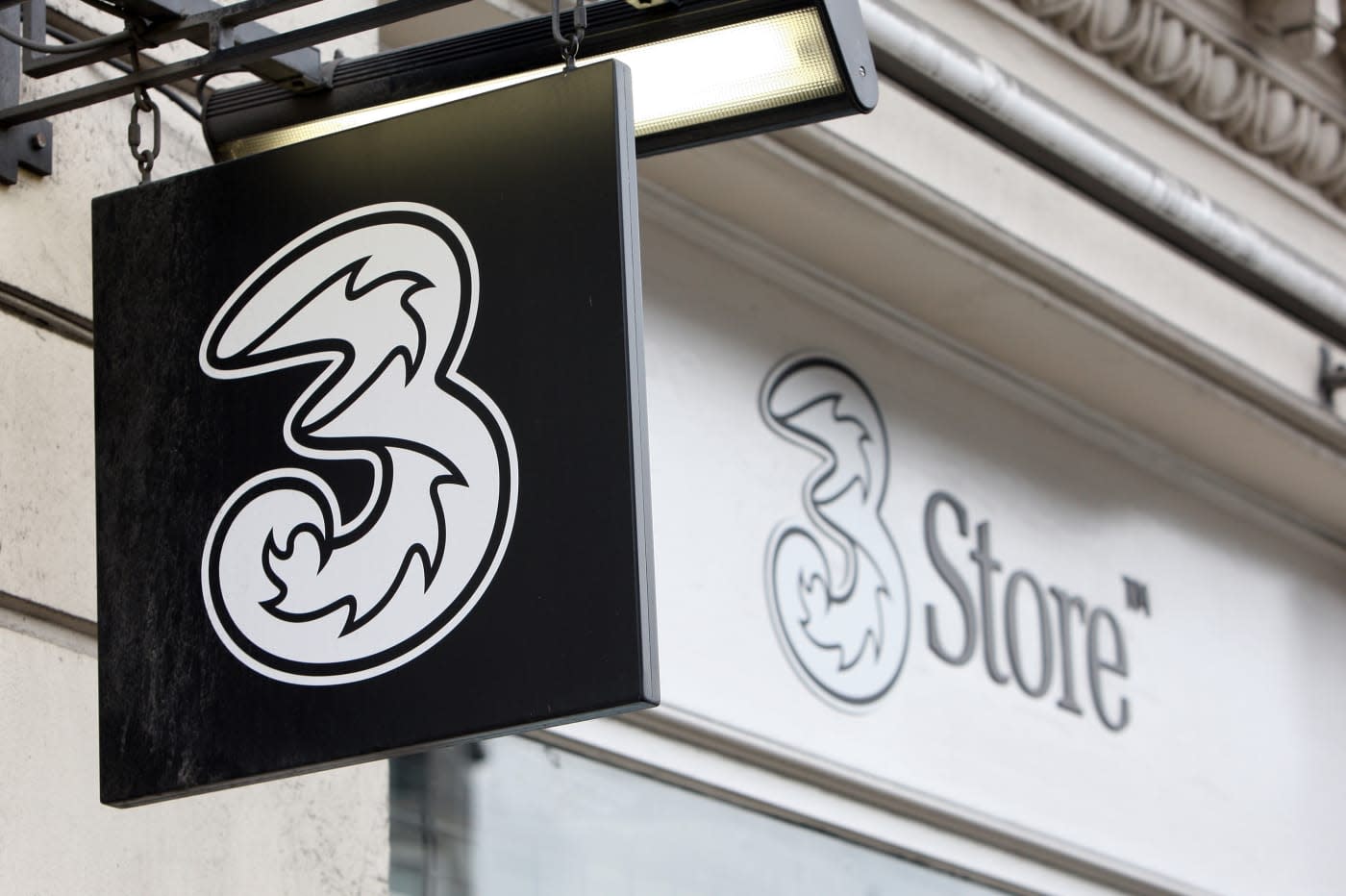 Three will soon trial network-level ad blocking in the UK. Such a move was telegraphed back in February, when the carrier inked a deal with Shine, a company that specialises in the practice. The trial will take place on the week starting June 13th, for 24 hours. Three will contact customers beforehand and they'll be able to sign up through the carrier's website. The extent of the ad-blocking isn't clear, but Shine says it can handle "all of the mobile web," including display ads and display ads within apps.

"The current ad model is broken," Tom Malleschitz, Three's chief marketing officer says. "It frustrates customers, eats up their data allowance and can jeopardise their privacy. Something needs to change." Indeed, the network has given three reasons for blocking mobile ads. Firstly, the company says customers shouldn't have to pay for the data required to load ads on the web. Secondly, it argues that subscribers should be protected from advertisers who use mobile ads to track people without their knowledge. Finally, it says advertising should be more relevant and targeted.

The method by which Shine blocks ads at the network level is unclear. The company says it uses "machines" that are capable of performing deep packet inspection (DPI) inside the network. Using a mixture of "real-time analysis, artificial intelligence and algorithms," the team is able to identify ads and stop them without breaking the original webpage or app.

Ad-blocking is a contentious issue. Countless companies rely on advertising revenue to survive -- stripping that away jeopardises their business. But the practice has become more commonplace, as users discover and enable browser extensions that strip away web ads. One of them, Adblock Plus, is so popular that companies are now paying its creators to be "whitelisted," ensuring their ads are still served to users. While adblockers have grown in popularity, they're still a niche tool amongst the entire internet populace. Three's partnership with Shine, meanwhile, could quickly switch millions of people onto the practice.

For now, it's opt-in, but merely notifying customers that the option exists could trigger a wave of adoptees. That'll put advertisers and publishers on edge -- if Three and Shine proceed, we wouldn't be surprised if a few legal tussles were initiated. The matter could grow exponentially too if EE and O2 adopt similar tactics; both are considering the practice, but have yet to confirm whether they'll be offering the technology. Shine, meanwhile, says it's talking to a whole range of networks. It's already inked a deal with the Caribbean mobile operator Digicel, and others could shortly follow.

In this article: adblocking, ads, advertising, adverts, business, gear, mobile, network, shine, shintetechnologies, three, threeuk, wireless
All products recommended by Engadget are selected by our editorial team, independent of our parent company. Some of our stories include affiliate links. If you buy something through one of these links, we may earn an affiliate commission.