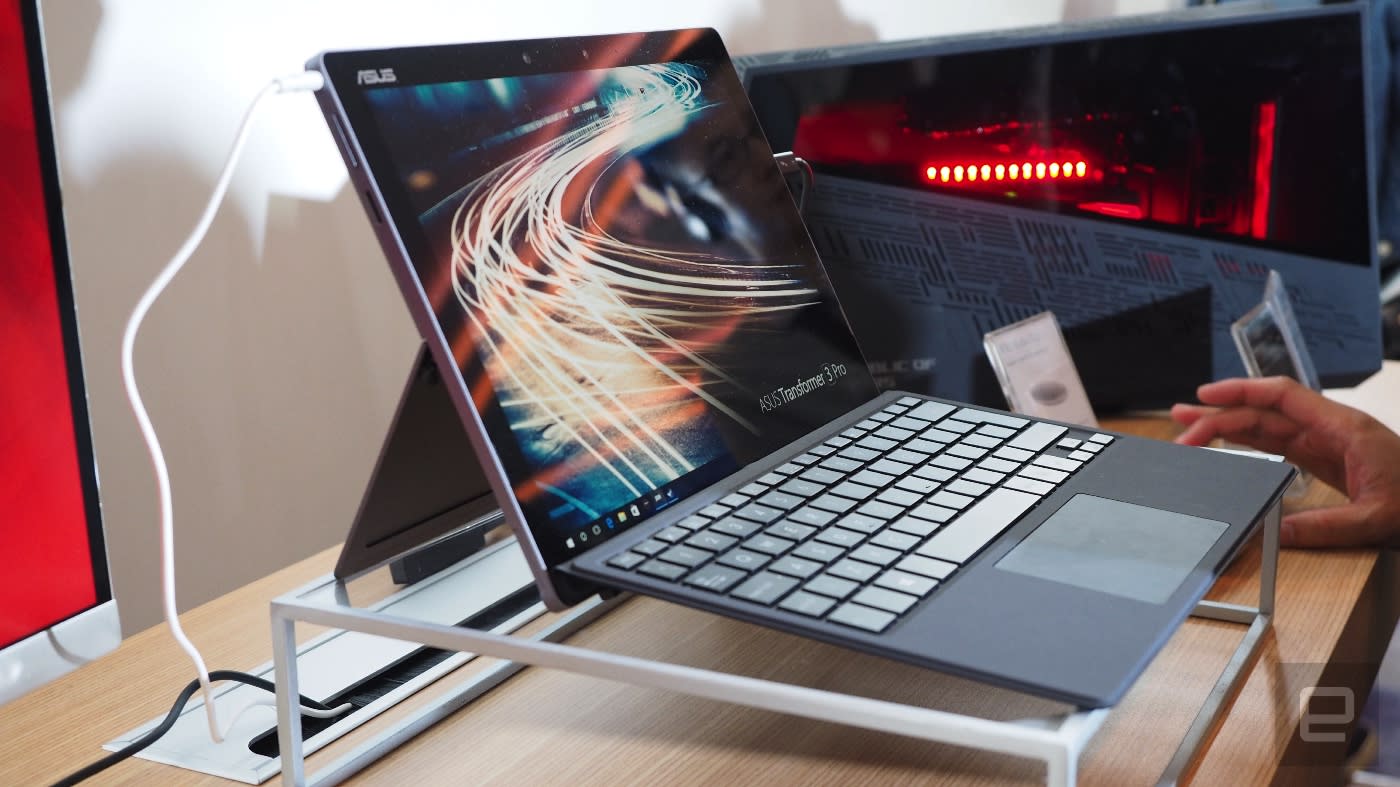 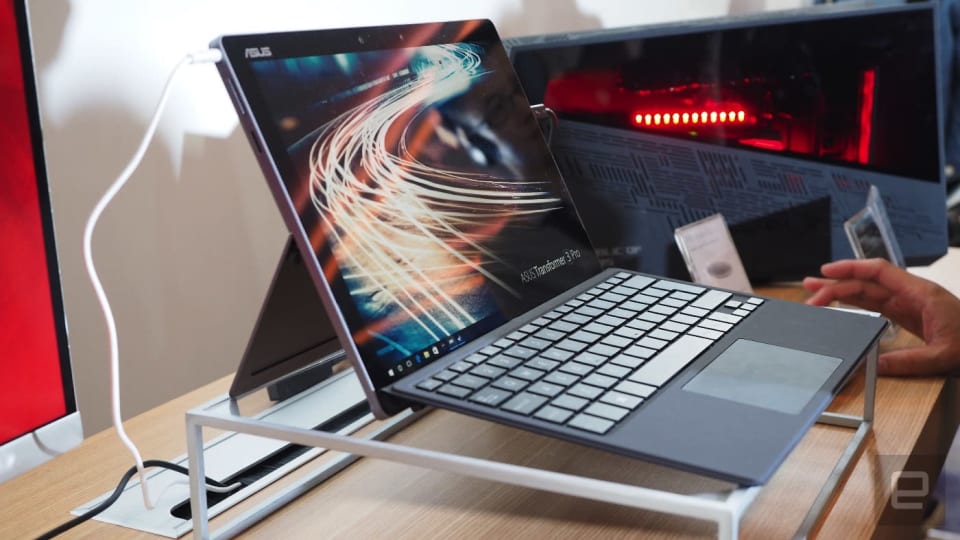 ASUS has just unveiled a line of new Transformer 2-in-1 PCs that look suspiciously like a certain product from Microsoft. With their touchscreens, kickstands and portable keyboards, they do remind us a lot of, you guessed it, the Surface tablets. Of the new announcements, the Transformer 3 Pro is the most advanced of the lot, the Transformer 3 sits somewhere in the middle, and the Mini is the lightest (not to mention cutest).

Both the Transformer 3 Pro and the Transformer 3 have a 12.6-inch display with 2,880 x 1,920 resolution, 275-ppi pixel density and wide viewing angles. There are other similarities as well: Both feature USB Type-C and Thunderbolt 3 connections, Harmon Kardon speakers, and USB 3.0 and HDMI ports. As you might expect, both 2-in-1s are also compatible with ASUS accessories such as the Pen, a Universal Dock, an AudioPod (a quad speaker with surround sound) and the ROG XG Station 2, a graphics dock that gives the humble tablet PC the power of a desktop computer (and it's VR-ready, to boot!). Both tablets are available in Icicle Gold as well as Glacier Gray.

Of the two, the Transformer 3 Pro is the heftier one at 8.35mm thick. Its kickstand has a "stepless hinge" that lets you set the device at any viewing angle up to 170 degrees. The 3 Pro also comes with a Cover Keyboard that's backlit and offers "laptop-grade 1.4mm key travel," which ASUS says will provide a typing experience similar to that of a normal-sized notebook. Under the hood, it boasts an Intel Core i7 processor and up to a 1TB PCIe SSD and 16GB of 2133MHz RAM. Rounding out the list, it also has a 13-megapixel rear camera plus a front-facing one as well. The Transformer 3 Pro uses its camera for facial recognition thanks to Windows Hello.

After a brief hands-on time with the 3 Pro, I can see why this is being billed as the more "professional" of ASUS' new 2-in-1 PCs. It has a really sharp design and its all-metal chassis gives it a polished look. The keyboard snaps on magnetically and its chiclet keys felt pretty good when touch-typing at my usual rapid clip. I'm also a big fan of that "stepless" Smart Hinge, which felt sturdy at almost every angle I could tried it in.

In this article: asus, computex2016, gear, hands-on, personal computing, personalcomputing, transformer
All products recommended by Engadget are selected by our editorial team, independent of our parent company. Some of our stories include affiliate links. If you buy something through one of these links, we may earn an affiliate commission.