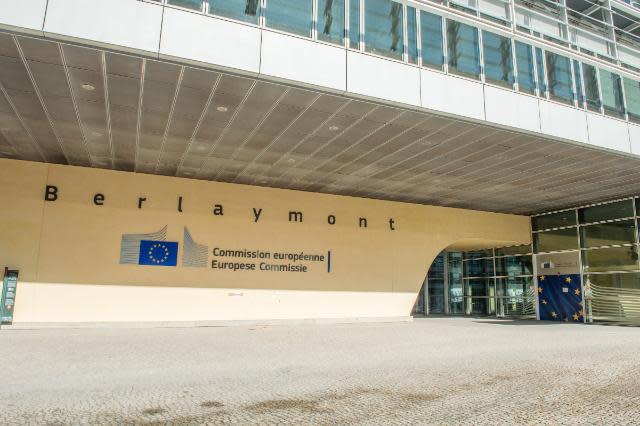 Facebook, Twitter, YouTube and Microsoft have signed up to stop the spread of hate speech online. The group have committed to a European Commission (EC) code of conduct that ensures their respective platforms "do not offer opportunities for illegal online hate speech to spread virally."

As the quote suggests, many EU member states have stipulations in their freedom of speech laws that make, for example, expressions of hate based on race, skin color, nationality, religious belief or sexual orientation illegal. A quick search of your social media platform of choice will tell you that all of these expressions are commonplace.

The code of conduct isn't legally binding, but it does include public commitments that Facebook et al. will try to stick to. They'll need to ban hate speech in their community guidelines for the region, and implement "clear and effective processes to review notifications regarding illegal hate speech." Dedicated teams in each company will review potentially offensive content against their own community guidelines and relevant national laws, targeting the removal (or regional disabling, if appropriate) of illegal hate speech in less than 24 hours.

The code should standardize companies on a simple reporting process for online hate speech that will hopefully be more effective than those currently in operation. This process will be there for the public, but also for governmental bodies to act as "trusted reporters." There will also be some crossover between the companies and law enforcement agencies in the region. The EC wants such agencies to be familiar with the reporting process, for obvious reasons. A two-way dialog will help police know how to remove illegal content, and could also see something like a death threat for delaying a game be actioned on more swiftly by local police.

In addition to adhering to the new reporting guidelines, the companies will share their methods with one another and other social media companies not signed up to the code of conduct. This, it's hoped, will help spread "best practices" beyond the four companies directly involved. They've also committed to raise awareness of the new rules and reporting processes, support educational programs in the field and promote "independent counter-narratives" to hateful rhetoric and prejudice.

The EC, for its part, will be working with the companies to aid them in meeting the code of conduct, and will also be promoting its efforts in an effort to get other companies to sign up.

In this article: culture, facebook, gear, google, hatespeech, internet, microsoft, politics, services, twitter
All products recommended by Engadget are selected by our editorial team, independent of our parent company. Some of our stories include affiliate links. If you buy something through one of these links, we may earn an affiliate commission.