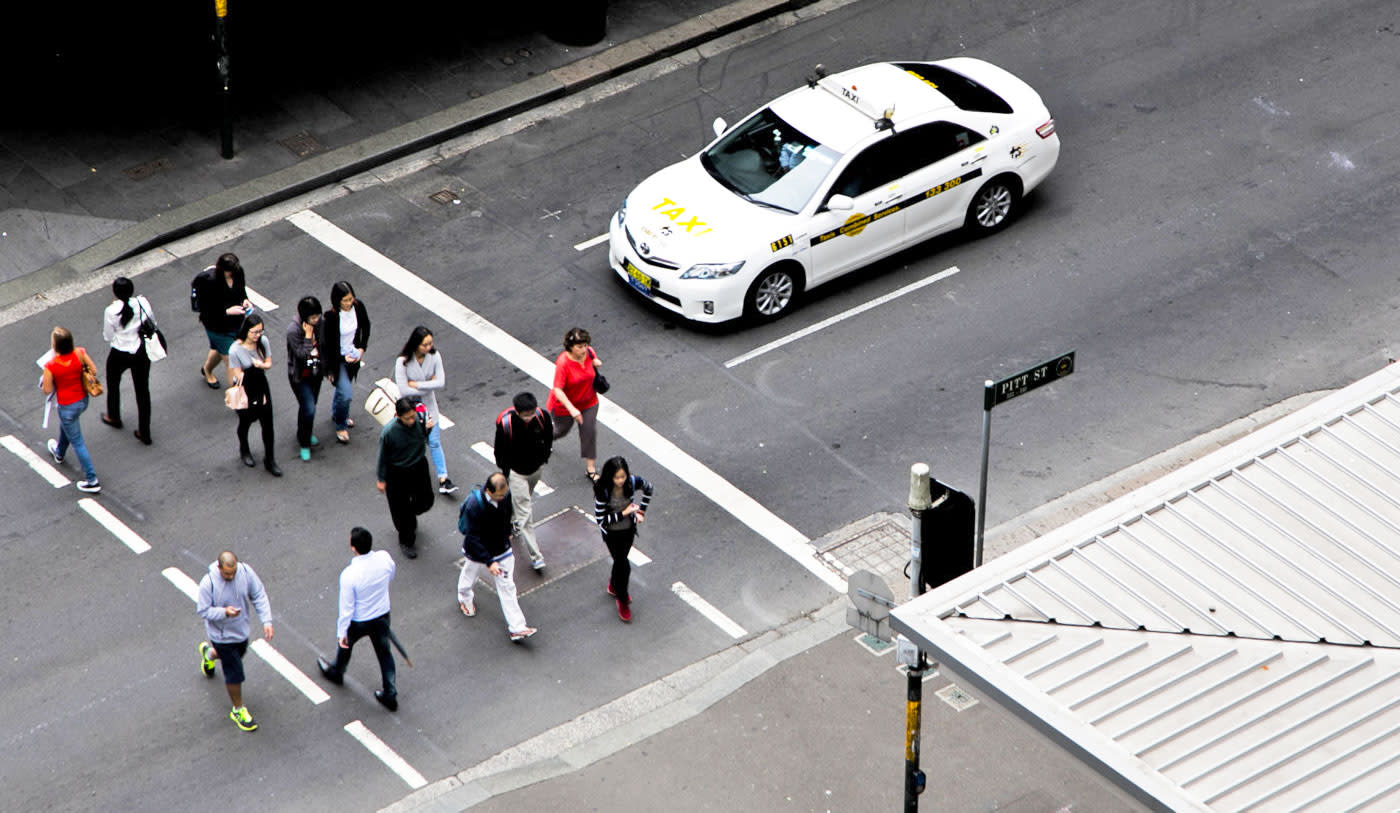 The German city of Augsburg has already tried putting traffic lights in the ground to keep cellphone-obsessed pedestrians from walking on to train tracks, but the Australian state of New South Wales wants to take things one step further. It tells Mashable that it's going to install ground-based traffic lights at key crosswalks in Sydney (likely in its central business district) as part of a trial starting in December. The aim, unsurprisingly, is to prevent an unpleasant encounter with a car while you're busy texting your friends.

There's no mention of how quickly these lights would expand if the trial goes forward, but it's easy to see them popping up at many busy intersections if they take off. After all, we live in a world where phone fans sometimes get their own sidewalk lanes -- lights are just the next logical step.

In this article: australia, crosswalk, culture, gear, mobile, newsouthwales, pedestrian, politics, safety, smartphone, sydney
All products recommended by Engadget are selected by our editorial team, independent of our parent company. Some of our stories include affiliate links. If you buy something through one of these links, we may earn an affiliate commission.