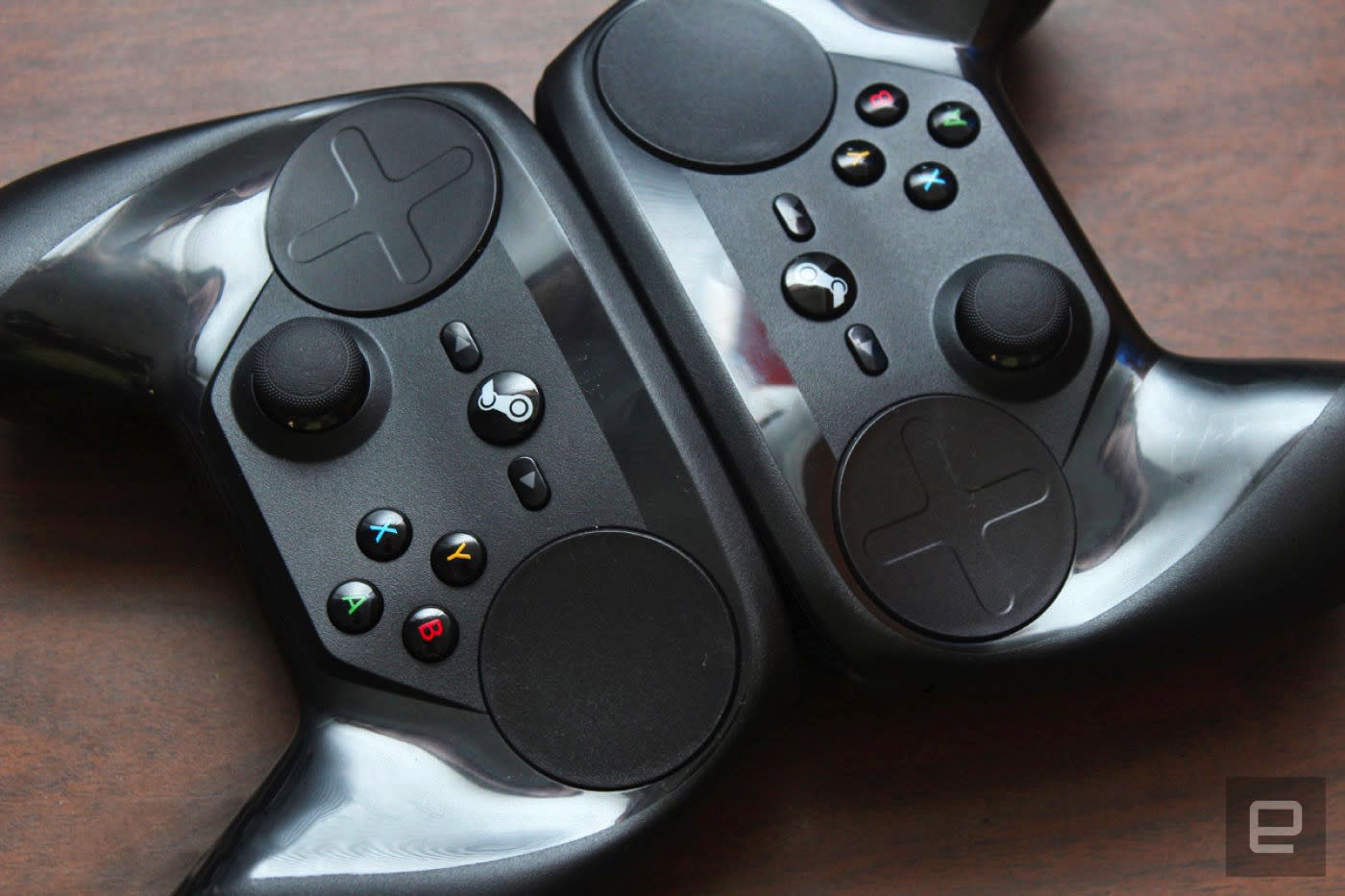 If you've been wondering how many people bought into Valve's bid to redefine the PC gamepad, you've got an answer: about half a million. That's the number Valve gave today in the Steam Controller's June Update post. That's a lot of controllers, but nowhere near enough to overthrow the dual-stick status quo. It is enough, however, to give Valve a diverse user base from which to harvest valuable user feedback. "With every controller that comes online we get the opportunity to get more feedback on how to make the Steam Controller even better."

Valve says it's been listening to that feedback, too -- outlining the major improvements it's made to the Steam Controller since its release in November of last year. Most of the update is old news for avid Steam Controller users, but welcome additions all the same: recent updates have enabled users to configure their controllers in desktop mode, added a rumble pass-through feature for games that support force feedback and enabled user-configurable "Action Sets" that can change controller mapping on the fly. Valve also says that more games are launching with Steam Controller support out of the box, citing Doom and Dark Souls III as recent examples.

Finally, to prove it's been listening to the community, Valve confirmed another feature that's on the way: Activators. As described, this would allow users to "assign actions to press-and-hold, double click, toggle and more." The option isn't available to users just yet, but you can already find activators at work in Doom's default Steam Controller profile, where double tapping the weapon cycle button calls up a specific gun. Are these changes enough to make you brave the Steam Controller's steep learning curve? Let us know in the comments below, or click through to the source to see Valve's full June update.

In this article: av, games, gaming, pcgames, steam, steam controller, steamcontroller, valve
All products recommended by Engadget are selected by our editorial team, independent of our parent company. Some of our stories include affiliate links. If you buy something through one of these links, we may earn an affiliate commission.