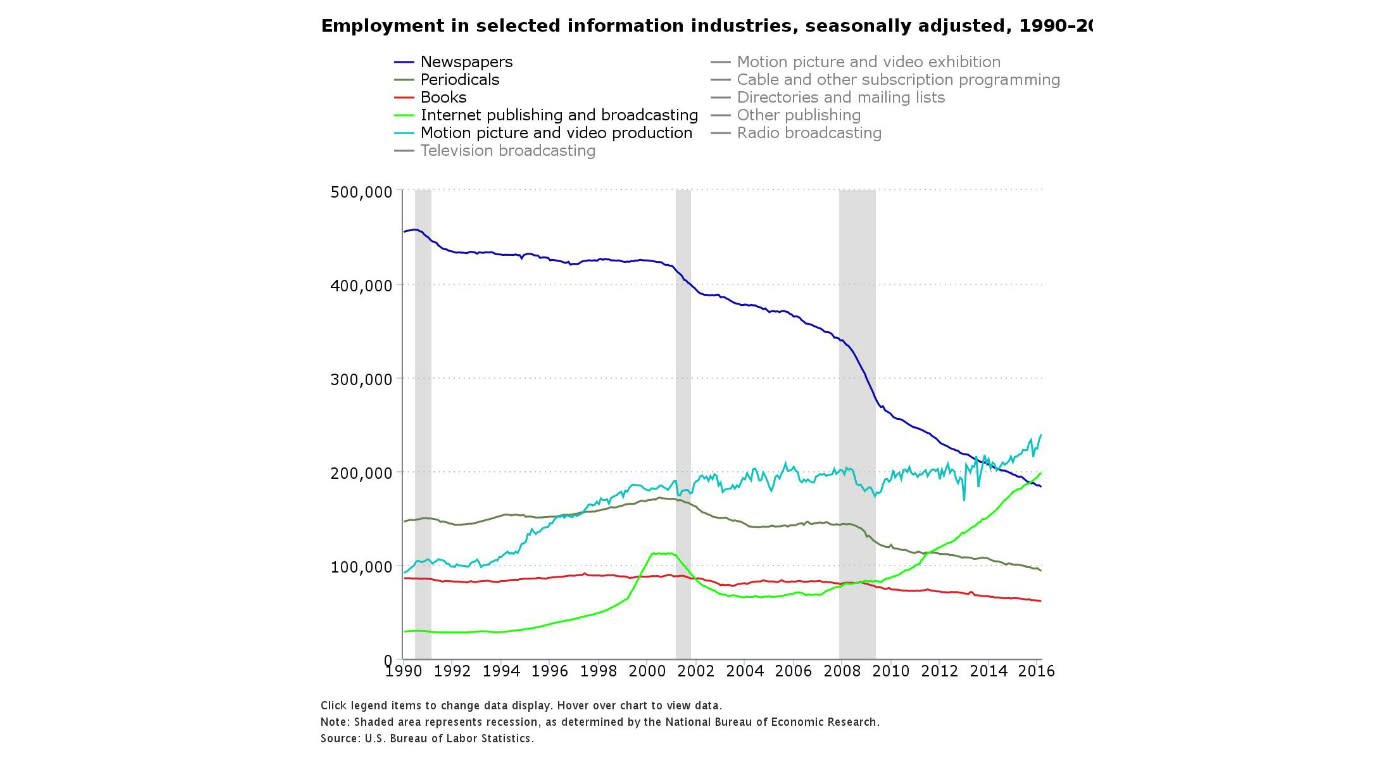 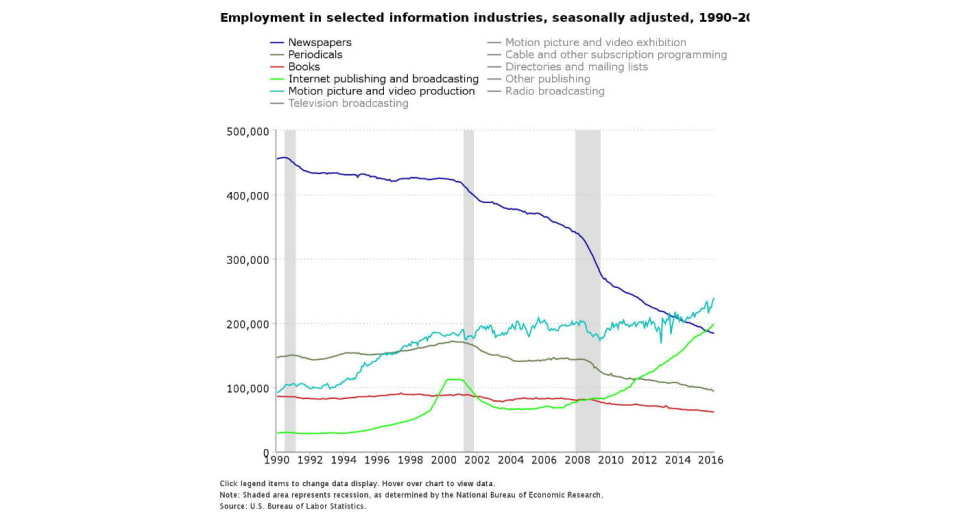 Anyone reading this, an article that exists only on the internet, is aware of the dramatic shift that's taken place in the media world since the 1990s. As internet penetration has grown, newspaper sales have dipped dramatically, as have traditional newspaper jobs. New research from the US Bureau of Labor Statistics quantifies these losses -- and they're hefty.

Between 1990 and 2016, the newspaper publishing industry shrunk by nearly 60 percent, from roughly 458,000 jobs to 183,000 jobs, the bureau found. In this same time, the number of internet publishing and broadcasting jobs rose from 30,000 to 198,000. In just under three decades, the newspaper industry has transformed from a media juggernaut into a secondary form of communication, and there are no signs this trend will reverse any time soon.

Most newspaper organizations have migrated online, including The Washington Post and The New York Times, where they tend to carry over traditional subscription models. In August 2015, more than four years after launching a digital paywall program, The New York Times announced it had accumulated more than 1 million digital-only subscribers. However, its overall revenue continued to decline. In the first quarter of 2016, The New York Times Company reported a net loss of $14 million, despite growth in its online subscriptions. It now boasts roughly 1.2 million digital-only subscribers.

The Bureau of Labor Statistics also found that radio broadcasting had seen job declines since the 1990s, though of a more modest nature: The number of people working in that field fell from 119,000 to 87,000, a change of 27 percent. Meanwhile, motion picture and video production industries gained jobs, jumping from 92,000 to 239,000, an increase of 162 percent.

In this article: broadcasting, culture, internet, media, newspaper, newspapers, OnlineMedia, personal computing, personalcomputing, services
All products recommended by Engadget are selected by our editorial team, independent of our parent company. Some of our stories include affiliate links. If you buy something through one of these links, we may earn an affiliate commission.