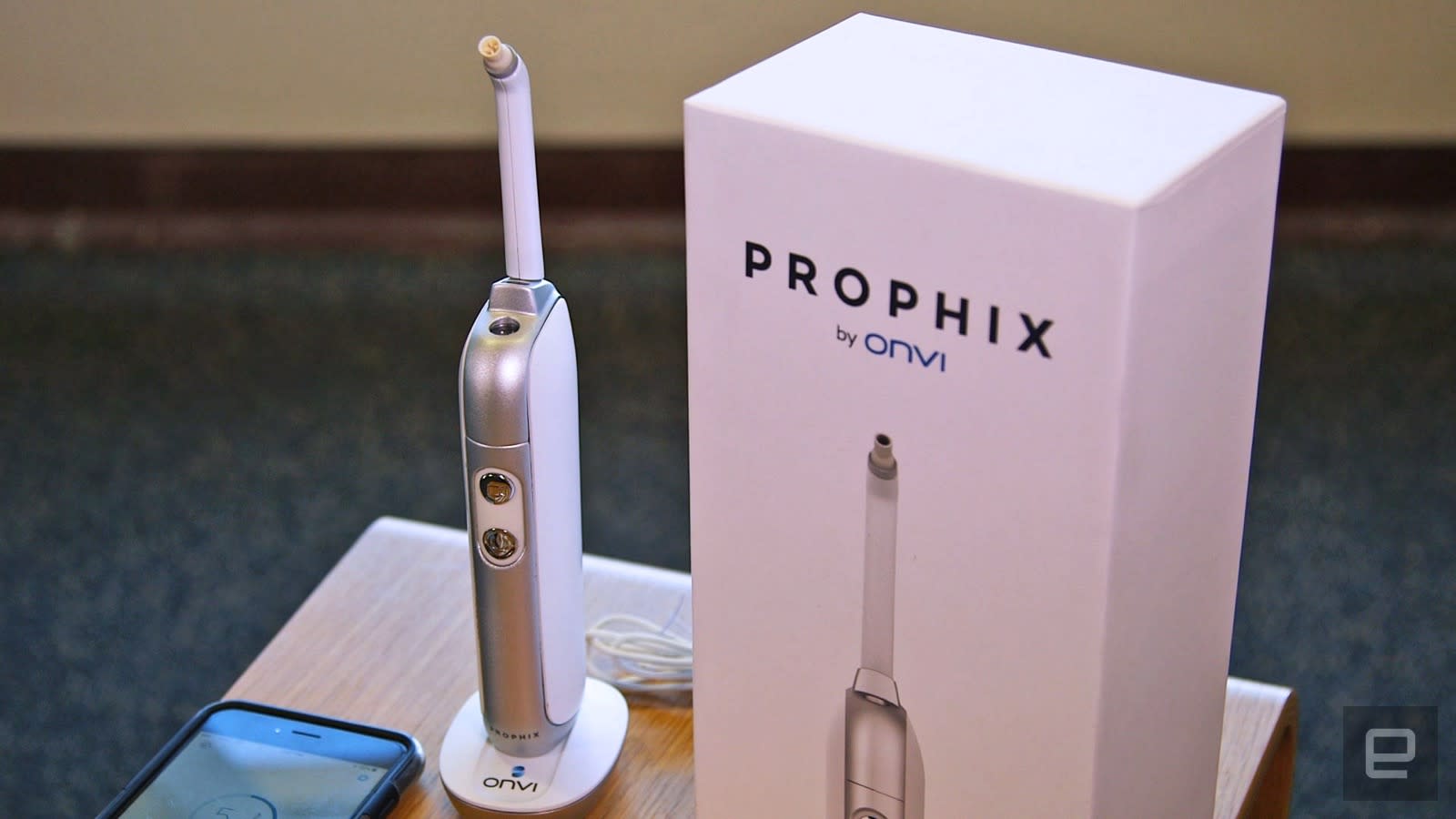 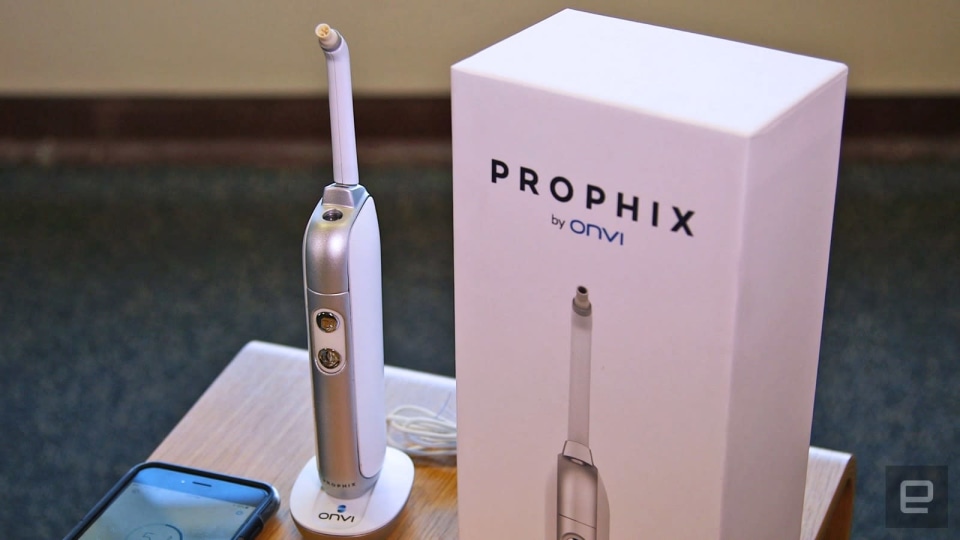 While your dentist may recommend using an electric toothbrush over a manual one, even with the added power, it's possible to miss spots while cleaning your teeth. The forthcoming Prophix smart video toothbrush from Onvi aims to improve your brushing efficiency by showing you a live stream of the inside of your mouth -- on your phone. The Prophix packs in a small light and an HD camera, capable of recording 1080p video and 10-megapixel stills. This allows users to get a gag-inducing closeup view of where the brush head is cleaning -- not to mention the flecks of food and gunk caught between your teeth. Luckily, the system includes four interchangeable attachments -- a brush, a prophy cup, a rubber picking tip and a tiny mirror -- to help you scrub away that effluence. What's more, if you happen to find a trouble spot, you'll be able to snap a photo of it to show your dentist later.

The ability to film the inside of your mouth will not come cheap. Despite the fact that this device performs the same basic function as my existing system (aka my bathroom mirror and a pair of functional eyes), Onvi is asking a whopping $400 for the Prophix. That's roughly double what both the Sonicare FlexCare Platinum and Oral-B 7000 SmartSeries brushes sell for. I mean, I can understand the advantage of including the prophy cup and rubber pick attachments, especially for people who are already dealing with dental issues like gingivitis. But slapping a camera and light on this thing -- not to mention having to install yet another app -- feels gimmicky.

Also, if you've got $400 to blow on a video toothbrush, then you're clearly an adult. An adult who, presumably, is responsible enough to brush his damn teeth regularly without having to follow the directions of a gamified stat tracker.

Correction: A previous copy of this story erroneously stated that the American Dental Association endorsement of electric toothbrushes over manuals. The ADA wants you to brush regularly, regardless of gadget.

In this article: electric, gadgetry, gadgets, gear, health, home, onvi, prophix, smart, toothbrush, video
All products recommended by Engadget are selected by our editorial team, independent of our parent company. Some of our stories include affiliate links. If you buy something through one of these links, we may earn an affiliate commission.