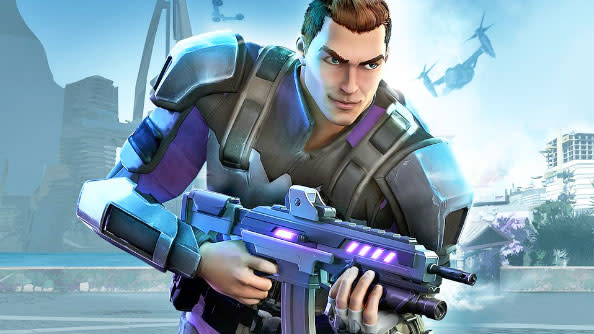 The Saints Row series has always been appropriately wacky and out there thanks to developer Volition, but shortly after Saints Row IV released, the company went a bit quiet. It's back now with a brand new game with a whole new attitude. It's called Agents of Mayhem, and it's an open-world adventure set within the Saints Row universe.

Revealed earlier today via IGN, Agents of Mayhem finds players taking up the mantle of three agents as part of team M.A.Y.H.E.M. (the Multinational Agency for Hunting Evil Masterminds) as they look to squash supervillain organization L.E.G.I.O.N. (the League of Gentlemen Intent on Obliterating Nations).

Across several locales in Seoul, South Korea, both teams will clash, armed with superpowered abilities. There are 12 unique agents to choose from as you work to take down the "diabolical lieutenants" of L.E.G.I.O.N.

As the lengthy reveal trailer demonstrates, it's very much a game with the trademark silliness and humor of past Volition titles, along with a healthy dose of familiar Saints Row fun. Currently, the game is set for a 2017 release for PC, with additional information eking out over the next week via E3 2016. It looks like it's going to be a wild ride for sure.

In this article: agentsofmayhem, av, e32016, gaming, SaintsRow, Volition
All products recommended by Engadget are selected by our editorial team, independent of our parent company. Some of our stories include affiliate links. If you buy something through one of these links, we may earn an affiliate commission.