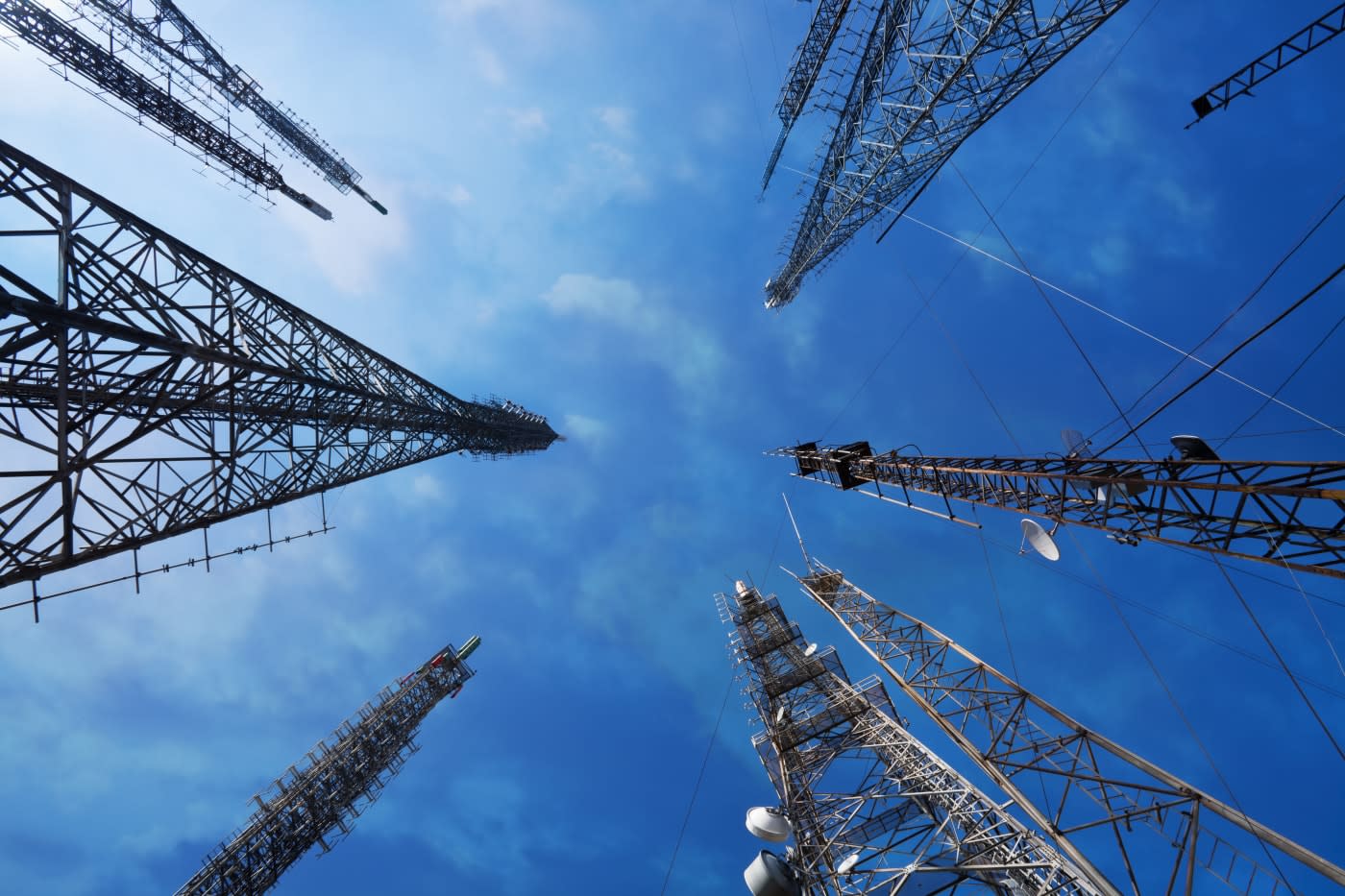 Ofcom is expected to auction off fresh slices of mobile spectrum later this year, which carriers will use to improve speeds on their networks amid our ever-increasing demand for data. It'll be a significant event in the mobile world, with the spectrum on offer being the equivalent of roughly 75 percent of the capacity released in 2013 to pave the way for the launch of the UK's first 4G services. Ofcom hasn't set a formal date yet, but already Three's CEO David Dyson is calling on the regulator to protect his network's interests so it can remain competitive with its larger rivals.

Speaking to the Financial Times, Dyson fears that BT could end up with something of a monopoly on the airwaves if they're sold to the highest bidder. As it stands, it's reported that Three commands 15 per cent of spectrum, O2 14 per cent, Vodafone 28 per cent and BT a whopping 42 per cent, given its own spectrum is now pooled with that of EE's. Following BT's acquisition of EE, Dyson believes the combined company "has got the financial ability to outcompete everyone in the market in how much they are willing to pay."

Given BT's dominant position, Dyson argues it could use its bank balance to hoover up as much spectrum as possible, purely to stifle rival providers. Thus, he wants Ofcom to impose "fairly significant restrictions" on BT and Vodafone in the upcoming auction, including potentially making the former releasing some of its existing spectrum before being allowed to buy more.

Though Dyson may be stomping his feet a little prematurely, he does have a point. Should O2 and Three have merged, the resulting company would've had a spectrum allowance equivalent to Vodafone's, and a bigger customer base with better cash flow. Basically, an equal player at auction -- the auction that was supposed to take place early this year before Ofcom was forced to delay while the BT/EE and O2/Three proposals played out.

The European Commission ended up blocking the marriage of Three and O2 based primarily on concerns that shrinking the number of mobile operators from four to three would have a negative impact on competition. Ofcom was of the same disposition, and now Dyson is asking that the regulator continue to protect competition by engineering the auction appropriately.

Network infrastructure, of which intangible spectrum forms a part, is something Three's top brass have been paying a lot of attention to of late. Last month, it came to light that Three is seeking over £150 million in damages from EE over a mast-sharing agreement between the two. Three claims it has only been allowed to access half of the mobile masts it was promised under the deal, which EE denies of course. This mast-sharing agreement also played a part in the recent devaluation of Three UK by owner CK Hutchison.

Looking into his mirky crystal ball, Dyson told the FT that if "we can make the business model work," CK Hutchison would continue to invest and support Three, "but as the smallest [operator] we have few customers to recoup the investment."

In this article: ckhutchison, culture, daviddyson, mobile, o2, ofcom, spectrum, SpectrumAuction, three
All products recommended by Engadget are selected by our editorial team, independent of our parent company. Some of our stories include affiliate links. If you buy something through one of these links, we may earn an affiliate commission.