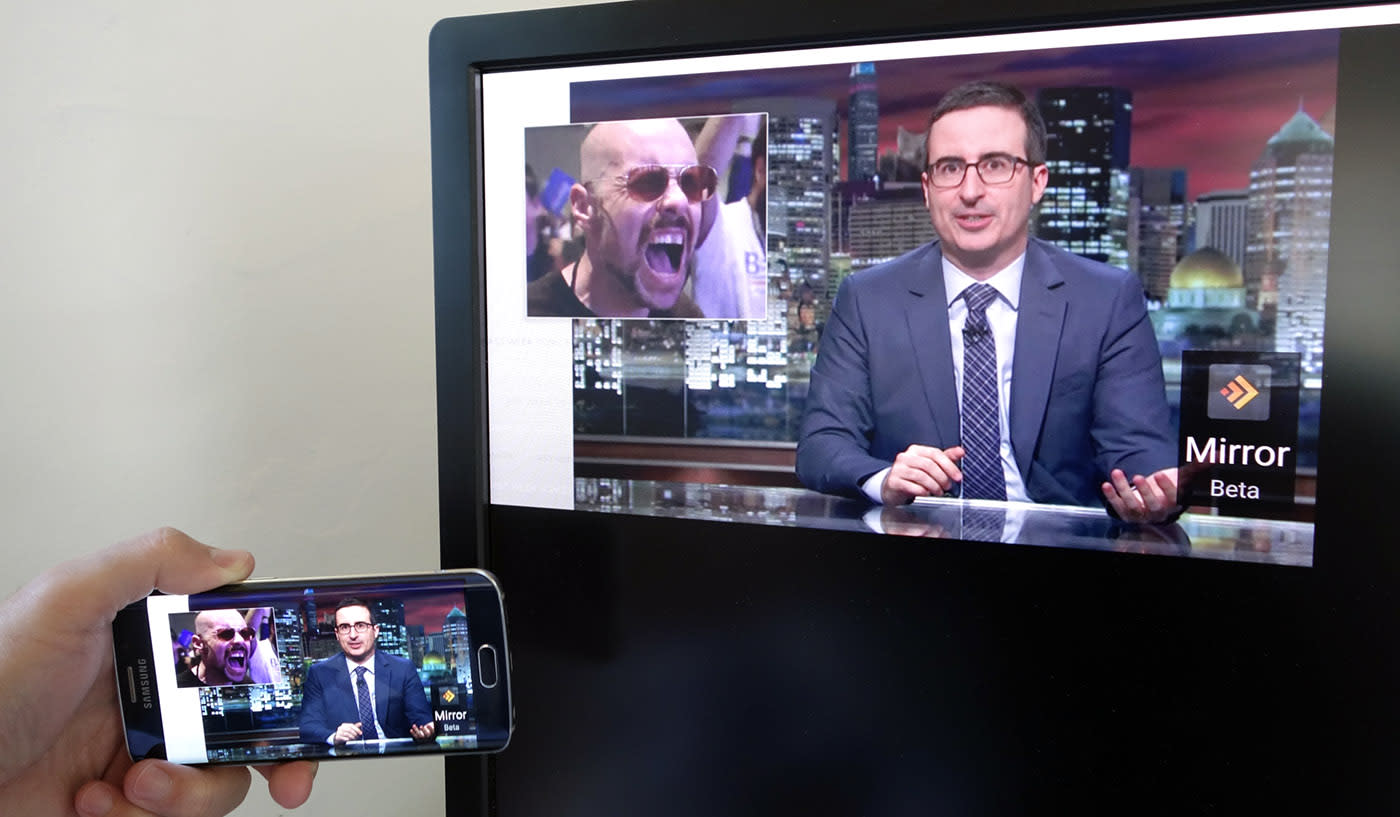 Recording your Android screen isn't easy, and unless you have a Chromecast device, mirroring it is also a pain. Koushik Dutta, formerly of Cyanogen and now with ClockworkMod, has updated his Mirror app to make screencasting easier and let you record your screen as a GIF. It works on any device running Android 5 or higher and can mirror out to Fire TV, Apple TV and AllCast receivers on Chrome and Android. Though the app is from ROM-maker ClockworkMod, your phone doesn't need to be rooted.

You can screencast to nearly any device, including other Android phones or tablets, as long as you have a newish phone. It worked well on my Samsung Galaxy S6 Edge, letting me watch videos with nearly no lag, as the photo above shows. In addition, I was able to capture a GIF and video of actions on the phone, which could be handy for creating tutorials. The only drawback for that is the prominent watermark, because there's apparently no way to get rid of it. The app is now available on Google Play.

In this article: AppleTV, Chrome, Clockworkmod, entertainment, FireTV, GIFs, Koush, KoushikDutta, Mirror, mobile, ScreenCapture, timeline16cantstopgif
All products recommended by Engadget are selected by our editorial team, independent of our parent company. Some of our stories include affiliate links. If you buy something through one of these links, we may earn an affiliate commission.