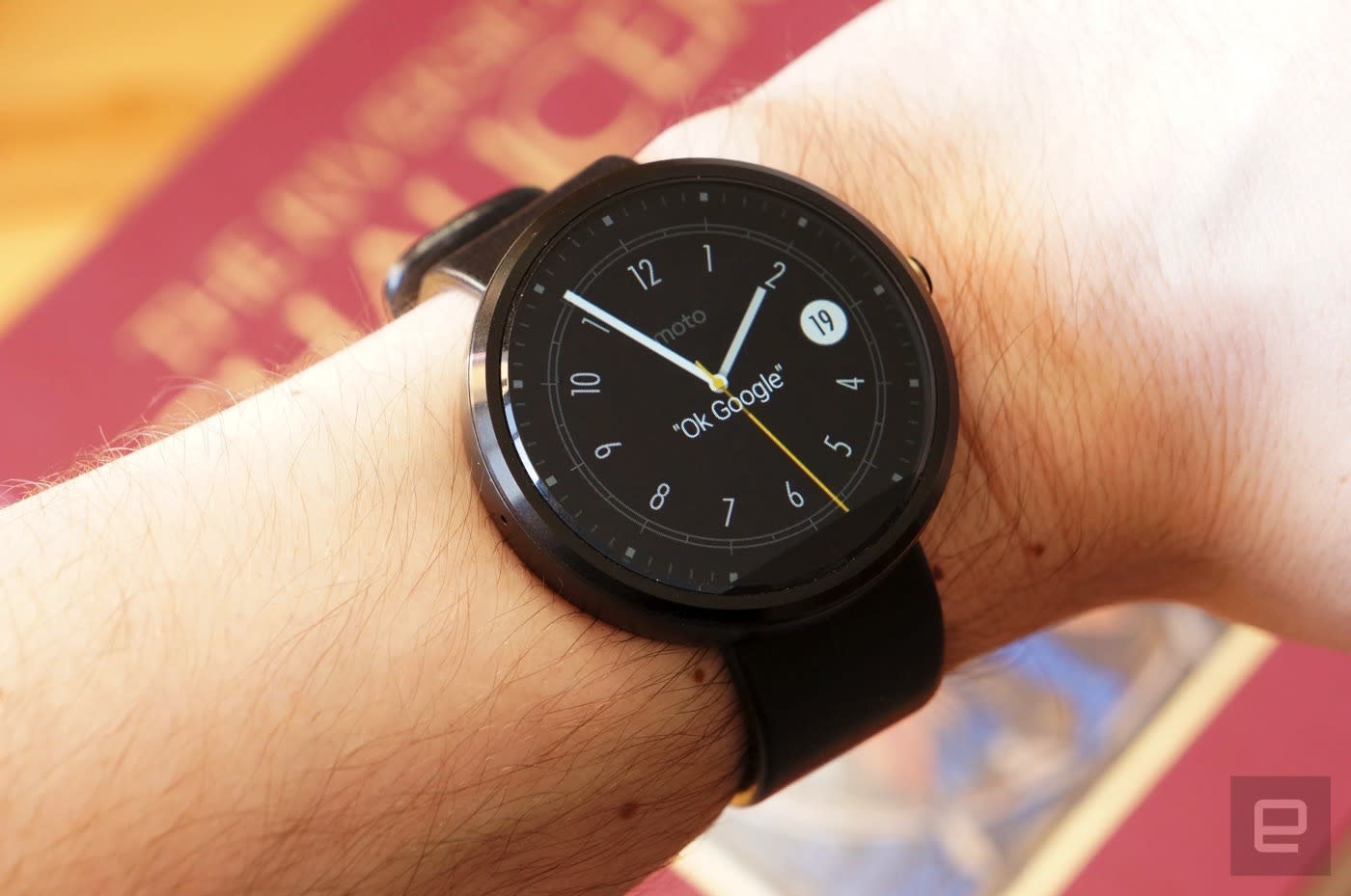 Android Wear is turning 2 years old, but it won't be a happy anniversary if you're one of the platform's earliest adopters. Following a similar warning by LG for the G Watch, Motorola is saying that the original Moto 360 won't get Android Wear 2.0 when it arrives in the fall. Yes, you'll have to buy a new smartwatch if you want that on-screen keyboard or third-party watch face widgets. It's uncertain what will happen to other older Android Wear devices, such as Samsung's Gear Live or the first ASUS ZenWatch, but there's a real chance that they'll meet a similar fate.

The cutoff isn't entirely shocking. Google regularly ends major OS updates for Nexus devices after 2 years, and its tighter control over Android Wear updates suggested that you'd see a similar schedule for wearables. It's unfortunate when you realize that many newer devices have comparable hardware, though. And however arbitrary this feels, it's a reminder that smartwatches won't endure as long as their mechanical counterparts -- you'll have to swap wristwear every couple of years if you're determined to remain current.

In this article: android, androidwear, gear, mobile, moto360, motorola, motorolamoto360, wearables
All products recommended by Engadget are selected by our editorial team, independent of our parent company. Some of our stories include affiliate links. If you buy something through one of these links, we may earn an affiliate commission.