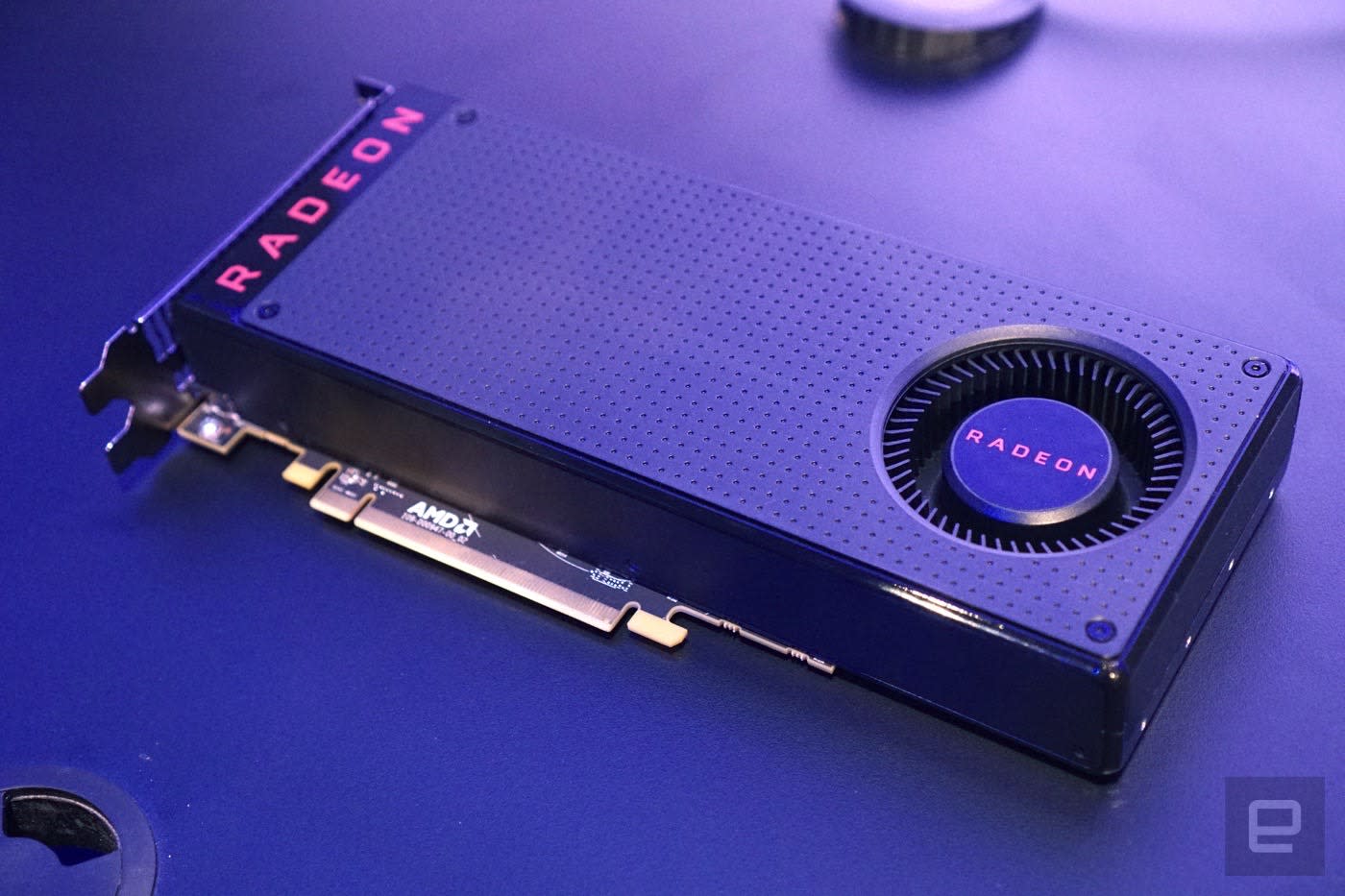 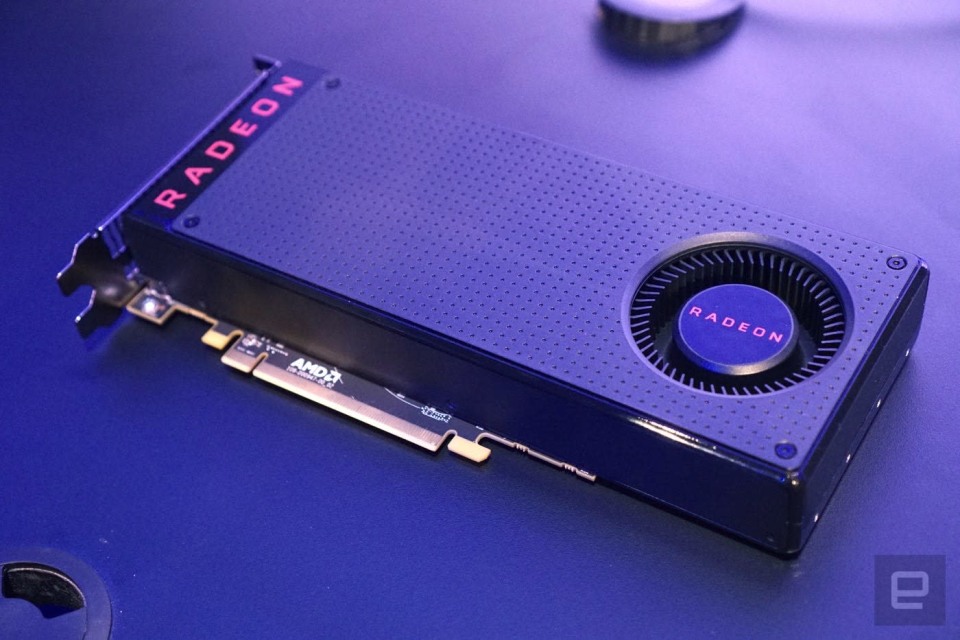 After surprising us with the $200 VR-ready Radeon RX 480 at Computex, AMD has rounded out its new GPU lineup at E3. The Radeon RX 470 will offer "power-efficient HD gaming," which means it's targeted at people who just need things to run smoothly at 1080p. And at the low end, there's the Radeon RX 460, which is meant for less demanding esports titles. AMD is basically just teasing the cards at E3, so there aren't any pricing or availability details yet. But given that the RX 480 is starting at $200, I'd imagine they'd come in significantly less.

All of the Radeon RX cards are powered by AMD's new Polaris architecture, which is built on a 14nm FinFET (a type of 3D transistor) process. That allows them to draw far less power than the company's previous cards, while also packing in more graphical performance. AMD says the RX 480 will be able to run games at 1440p with high settings, and it'll meet minimum requirements for VR headsets, both of which are things you've previously needed to spend upwards of $300 to achieve.

AMD's new lineup isn't just about desktops, either. Its new chips can be scaled down to ultraportable desktops to offer 1080p gaming experiences at 60Hz. Previously, gamers who wanted powerful laptop experiences only had NVIDIA GPUs to choose from.

By targeting lower price points, AMD is aiming to differentiate itself from NVIDIA, whose new GTX 1080 and GTX 1070 GPUs are now the go-to choices for high-end and midrange gaming.

In this article: amd, e32016, gadgetry, gadgets, gaming, gear, personal computing, personalcomputing, Radeon, RadeonRX460, RadeonRX470, RadeonRX480
All products recommended by Engadget are selected by our editorial team, independent of our parent company. Some of our stories include affiliate links. If you buy something through one of these links, we may earn an affiliate commission.