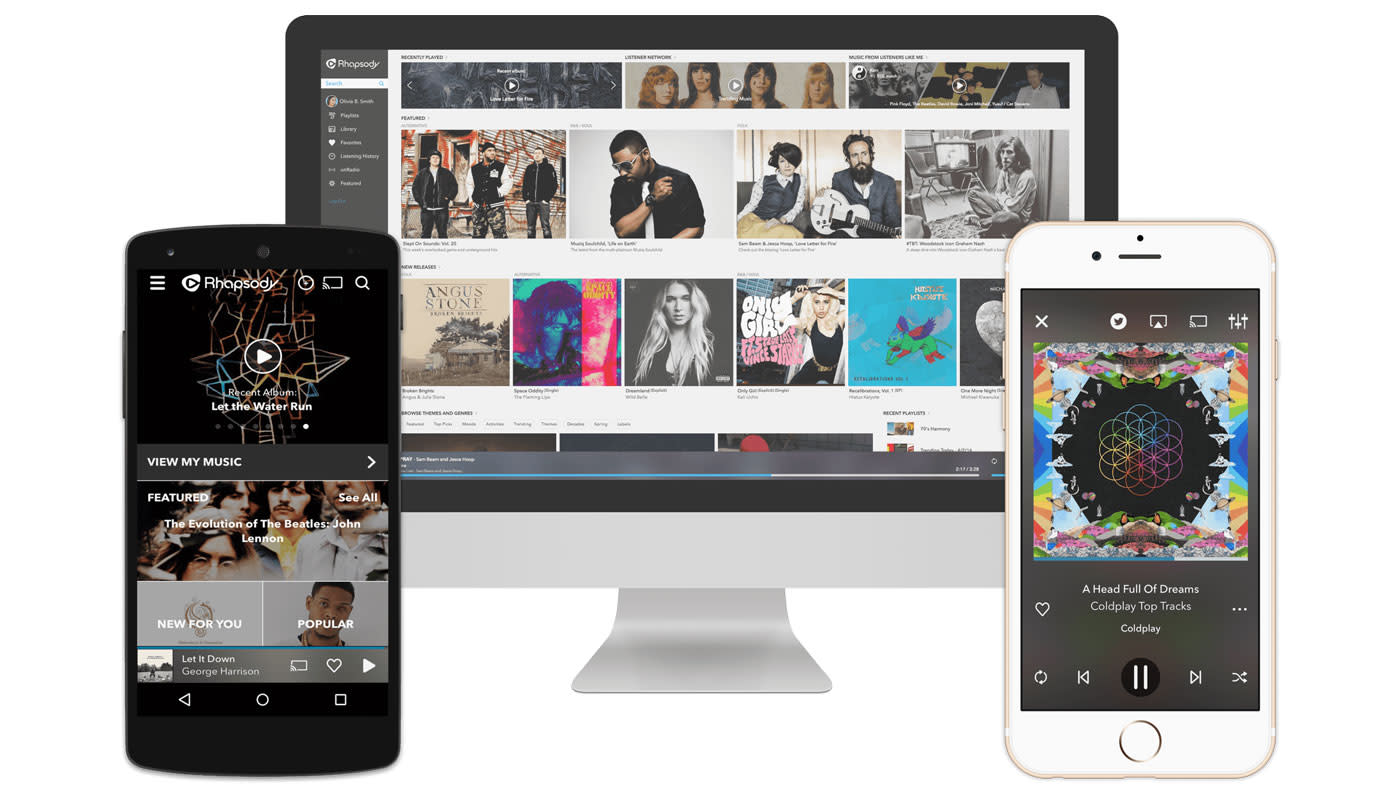 Ah, Napster: the brand that just won't go away. In fact, you're likely about to hear the name a lot more often. Rhapsody revealed today that it would use the Napster moniker going forward in a brief blog entry. The company did say that nothing about its music streaming service would change, other than the name and logo inside its apps. If this sounds a bit odd, you might've missed the news that Rhapsody bought Napster back in 2011. The latter had transitioned from a peer-to-peer file-sharing hub to a full-on (legal) subscription service following its shutdown in 2001, changing ownership on more than one occasion.

While details are scarce for now, the name change follows rumors that Rhapsody was shuttering its long-time San Francisco office. Accoring to Billboard, CEO Mike Davis confirmed "a streamlined structure for the company" that would indeed include layoffs. Davis, who took the reins in April, didn't go into specifics about the new direction, but he did mention the service saw a 35 percent increase in subscribers last year. The company announced in December that it had 3.5 million subscribers in 34 countries around the world.

In this article: entertainment, music, musicstreaming, napster, rhapsody, services, subscription
All products recommended by Engadget are selected by our editorial team, independent of our parent company. Some of our stories include affiliate links. If you buy something through one of these links, we may earn an affiliate commission.