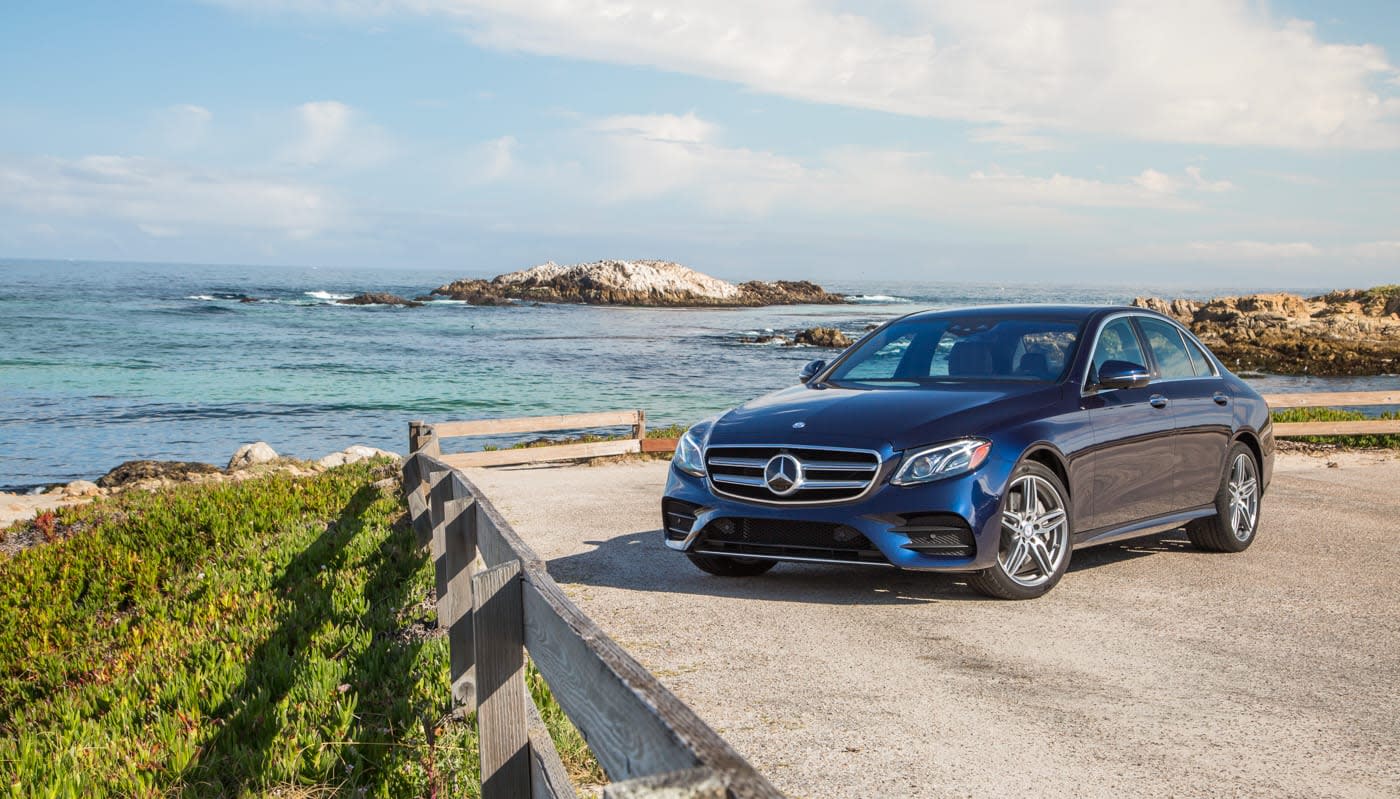 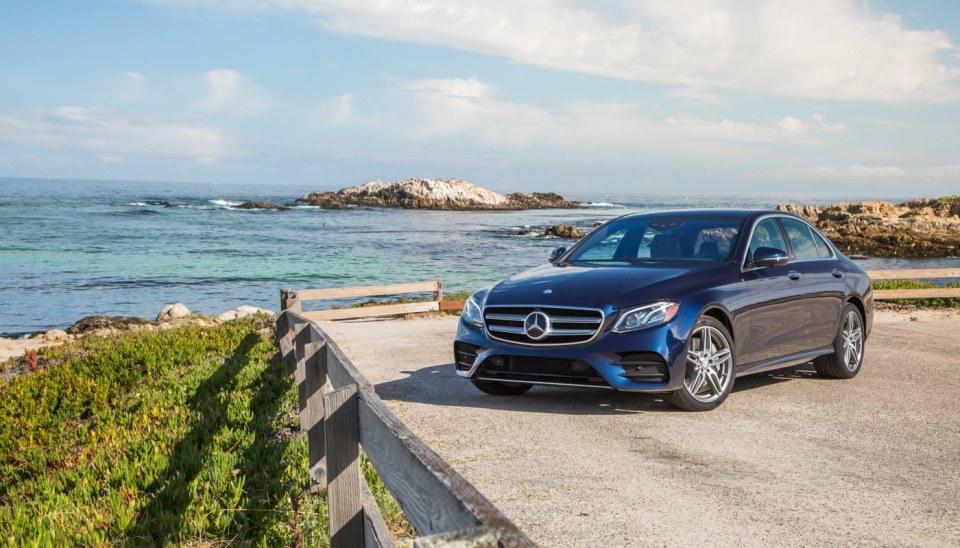 The Mercedes Benz E-Class has always been fancy. Wood, leather and a sense that you've made some pretty solid life choices are all part of the package. But the automaker has also been on the cutting edge of tech. For example, it added radar-aided adaptive cruise control to its vehicles back in 1998. So it's no surprise that the 2017 E300 is filled to its German gills with the latest and greatest in car technology. The car is indeed impressive, but not without a few hiccups. It's easy to get caught up in the luxury of the E300. It's luxurious and swift (thanks to 241 horsepower and 273 pounds of torque), with features you didn't think you needed until you actually experience them. For instance, when you take a corner, the sides of the chair expand to keep you from sliding in your seat. It's like a side hug for g-forces.

Keeping your butt in the seat (which isn't novel, but still pretty necessary) is one of those instances where Mercedes takes an idea and gives it a bit more oomph -- maybe more than the average driver even needs. For example, its cruise control car-tracking feature, Distronic, can follow a vehicle ahead of an E-Class at a predetermined distance. That's not that special; but it can do it at speeds up to 130 miles per hour.

Steering Pilot, the feature that keeps the car in its lane, is also rated at speeds up to 130MPH. Sadly, in the short time I was in the vehicle, I was unable to get up to that speed to test the automaker's claims. Darn these US laws and our lack of an Autobahn. I was able to try semi-autonomous features out at a more reasonable 70MPH, and they worked as advertised. But I'm still a ways off from completely trusting a car from hiccuping and putting me in danger. While I was sitting in the passenger seat, there was a moment when the driver and I were concerned that the car wouldn't stop when it was encountering gridlock, but after a few nervous seconds, it stopped and began idling behind a van.

Once traffic had dispersed, the lane-change assistant worked about as well it does in all other cars that have this feature. If you have an open lane, it's happy to oblige. If there's a vehicle parallel to the E300 or quickly approaching, it stays put. Like its competitors, Mercedes is quick to point out that you should keep your hands on the wheel during all of these maneuvers. That's good advice, because ultimately, you're still in control.

But if things ever should get out of control, Mercedes is there to at least alleviate the damage caused by an impact. The Pre-Safe Impulse Side system detects lateral collisions and moves the driver and passenger 2.75 inches away from the car's body. It's using the same side bolsters that keep you in your seat when going around corners, only now it's pushing you away from an impact.

There's also a new Pre-Safe Sound. When an imminent impact is detected, the car plays a "pink noise" that readies your ears for the sound of a collision. According to Mercedes, this will reduce hearing damage. If you've ever been in an accident, you may have experienced a ringing in your ears afterwards; this is supposed to prevent that. While the car keeps you safe from dangers on the outside, the interior of the new E300 features an optional dash-wide display with two monitors. One replaces the dash cluster; the other, the infotainment system. My first concern about these displays is glare. While sitting in the passenger seat, I did have some difficulty seeing the screens in the afternoon daylight. But once I was behind the wheel, I didn't have a problem with distracting reflections.

Both displays can be controlled with the new touch-based controllers on either side of the steering wheel, and that's where things get a bit wonky. For starters, I had difficulty mastering the controls. Maybe after a few hours in the car I would have had more success selecting items, but during my brief demo, at least, I couldn't quite get the system to land on the options I wanted most of the time. The E-Class vehicles also have a touchpad in the center console to control the dash, which I ended up using heavily. It's not a bad solution, but I still hope a bit more fine-tuning will go into the pads on the wheel before the car eventually hits showrooms. But that's really my biggest complaint about the car. If you demand luxury and can afford the starting price of $52,150 (the all-wheel-drive 4MATIC starts at $54,650), the E300 is a solid car with tons of tech that doesn't get in the way. Though Mercedes is looking to the future, it hasn't diluted the experience with bells and whistles. You still feel like you're driving the New England manor of cars. Except now the wood and leather are complemented with technology.

In this article: AutonomousVehicle, AutonomousVehicles, E300, EClass, gadgetry, gadgets, gear, Mercedes, MercedesBenz, robots, transportation
All products recommended by Engadget are selected by our editorial team, independent of our parent company. Some of our stories include affiliate links. If you buy something through one of these links, we may earn an affiliate commission.