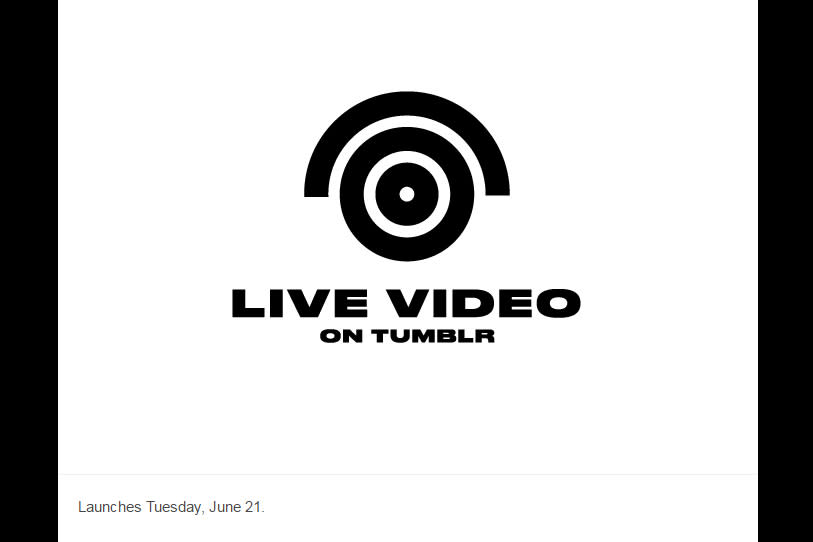 It seems Tumblr is planning to jump on the live video bandwagon to join Facebook, Twitter and Amazon. The blog platform has posted eight updates on a subdomain that features a logo with the words "Live Video on Tumblr," accompanied by a caption that says, "Launches Tuesday, June 21."

Each update shows an upcoming time on June 21 and a brief description of what Tumblr will be streaming then. For instance, a post for 4pm ET says the company "will broadcast live from the surface of Mars." The rest of the schedule includes a Harlem Globetrotter teaching you how to play basketball, inflating a "very big thing in a very small room" and learning the "metaphysical truth about your Tumblr."

The programs appear to be part of a Tumblr power hour between 4pm and 5pm ET, which is presumably when the company will take the wraps off its live video service. Not much else is clear about the tool, as the company has not yet made an official announcement.

Without a full feature set for comparisons, it's hard to tell if Tumblr will be able to measure up to live video's big players. But Tumblr does have a large base of content creators with massive followings that could help it eke out a niche in the self-broadcast space.

In this article: amazon, culture, facebooklive, internet, LiveVideo, livevideoontumblr, mobile, periscope, personal computing, personalcomputing, services, tumblr, twitch, twitter
All products recommended by Engadget are selected by our editorial team, independent of our parent company. Some of our stories include affiliate links. If you buy something through one of these links, we may earn an affiliate commission.