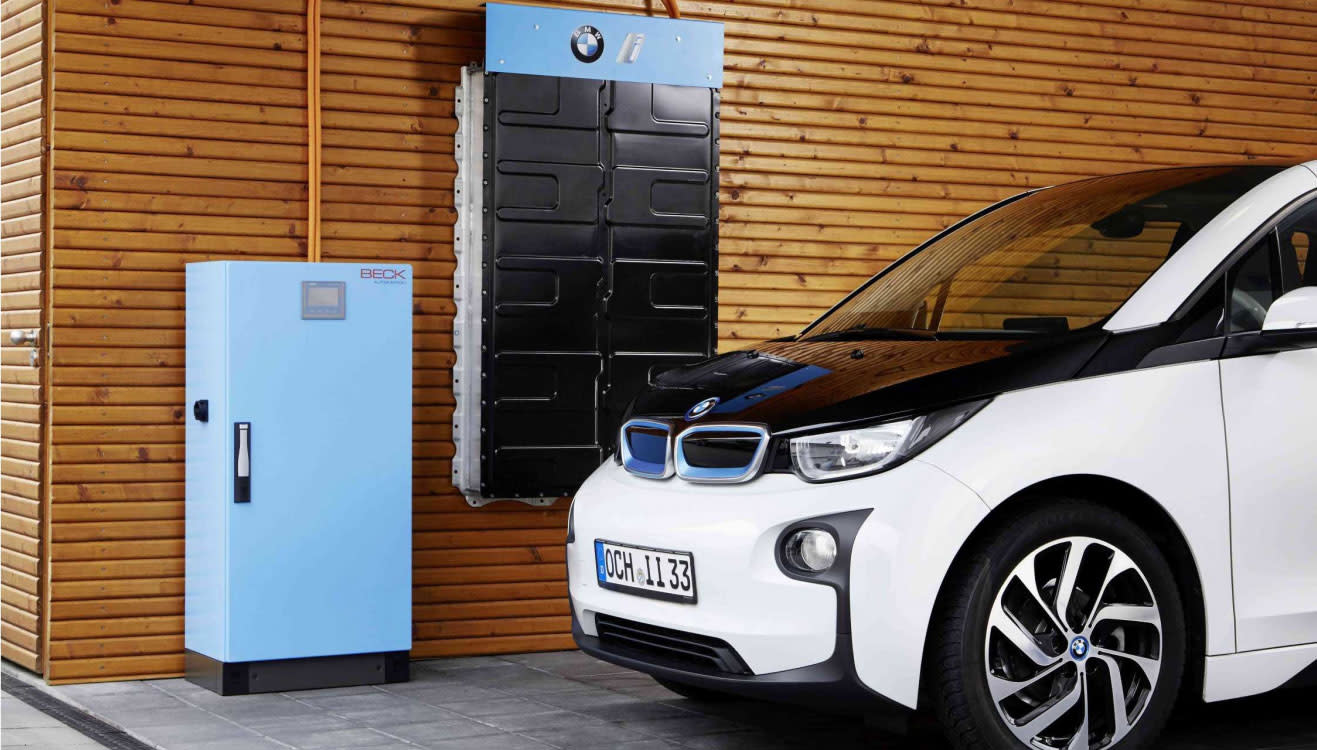 As the current crop of electric vehicles start to show their age, the EV industry is going to have to start dealing with a surplus of used batteries that once kept those cars rolling. Now, with over 45,000 electric i3 vehicles sold worldwide since 2013, BMW is joining Tesla in adapting its EV battery technology for home use. As Autoblog reports today, the German automaker has built a home energy system using i3 batteries that "integrates seamlessly with charging stations and solar panels."

The system, which was announced today at the Electric Vehicle Symposium in Montreal, simply combines the automaker's charging station with an extra 22- or 33-kWh battery pack that can charge off of the normal power grid and be used as a backup during outages or to cut costs during peak energy usage times when electric rates are highest. Unlike Tesla's Powerwall, however, these batteries are identical to those found in the i3 and Mini E.

While BMW's test system in California uses brand new batteries at the moment, the eventual goal is to repurpose used battery packs pulled right out of an i3 as they start to lose some of their charge/discharge capacity and hit the secondary market. In effect, it's a home energy storage solution and a battery recycling program, all rolled up into one eco-friendly package. Finally, BMW claims a typical home in the United States averaged anywhere from 15–30 kWh of daily electricity in 2014, so even a diminished battery should be able to keep the lights on for a full 24 hours or more.

In this article: bmw, bmwi3, ElectricVehicle, ev, gear, green, HomeBattery, i3, transportation
All products recommended by Engadget are selected by our editorial team, independent of our parent company. Some of our stories include affiliate links. If you buy something through one of these links, we may earn an affiliate commission.