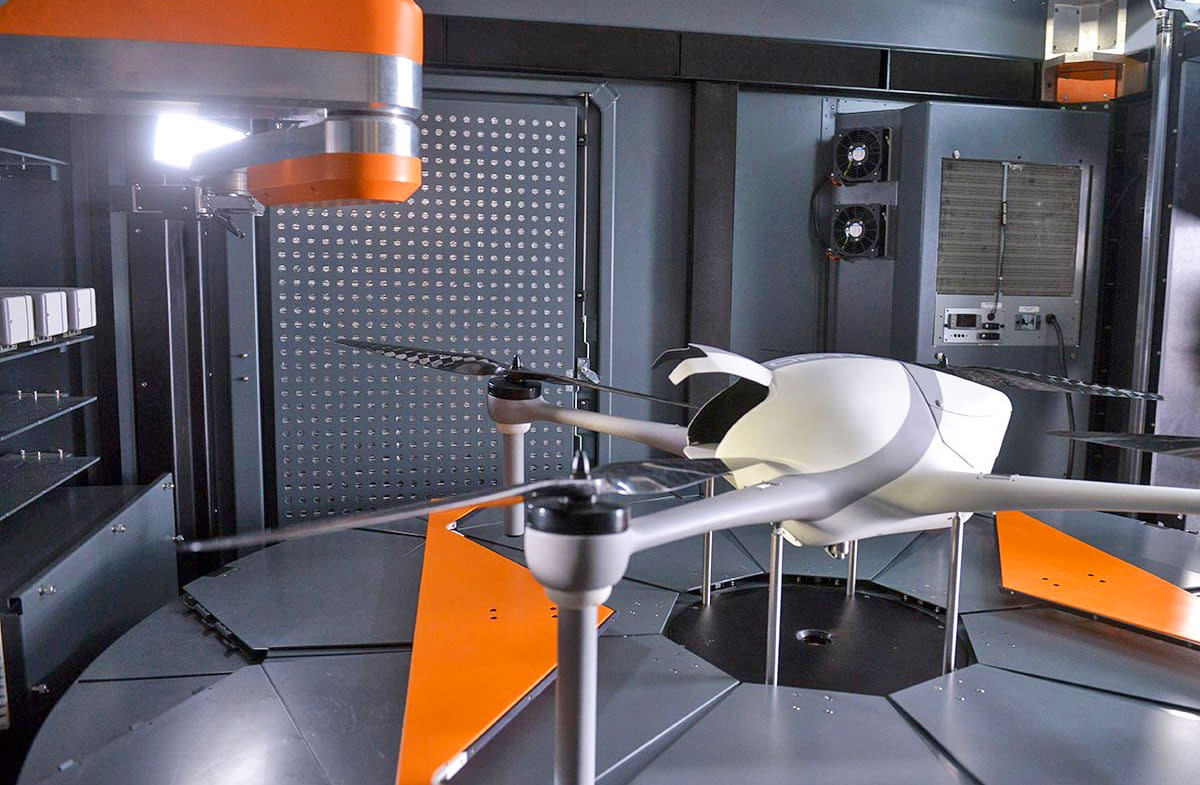 Having UAVs conduct routine aerial surveillance is already having a transformative effect on farming and and energy production but they can only operate when there's a human at the controls. That's about to change thanks to an autonomous drone system that not only flies but also maintains itself. Tel Aviv-based UAV Airobotics has debuted a completely automated patrol drone system of the same name that is capable of operating with virtually no human intervention.

The system is composed of three parts: the drone itself, the "Airbase" robotic base station and the command software. It uses an "Optimus" UAV that can carry a 1-kilogram payload for up to 30 minutes. When the UAV finishes its patrol, it will land atop the base station whereupon a robotic arm will automatically swap out its battery and payload. All of this is controlled by the integrated software which enables users to pre-program flight paths as well as view real-time video and data feeds. The Airobotic system will likely find use in the mining and oil and gas industries as an aerial mapping platform, though it could easily be applied to any repetitive delivery or flyover task.

In this article: airobotics, autonomous, drones, gear, robots, uav
All products recommended by Engadget are selected by our editorial team, independent of our parent company. Some of our stories include affiliate links. If you buy something through one of these links, we may earn an affiliate commission.