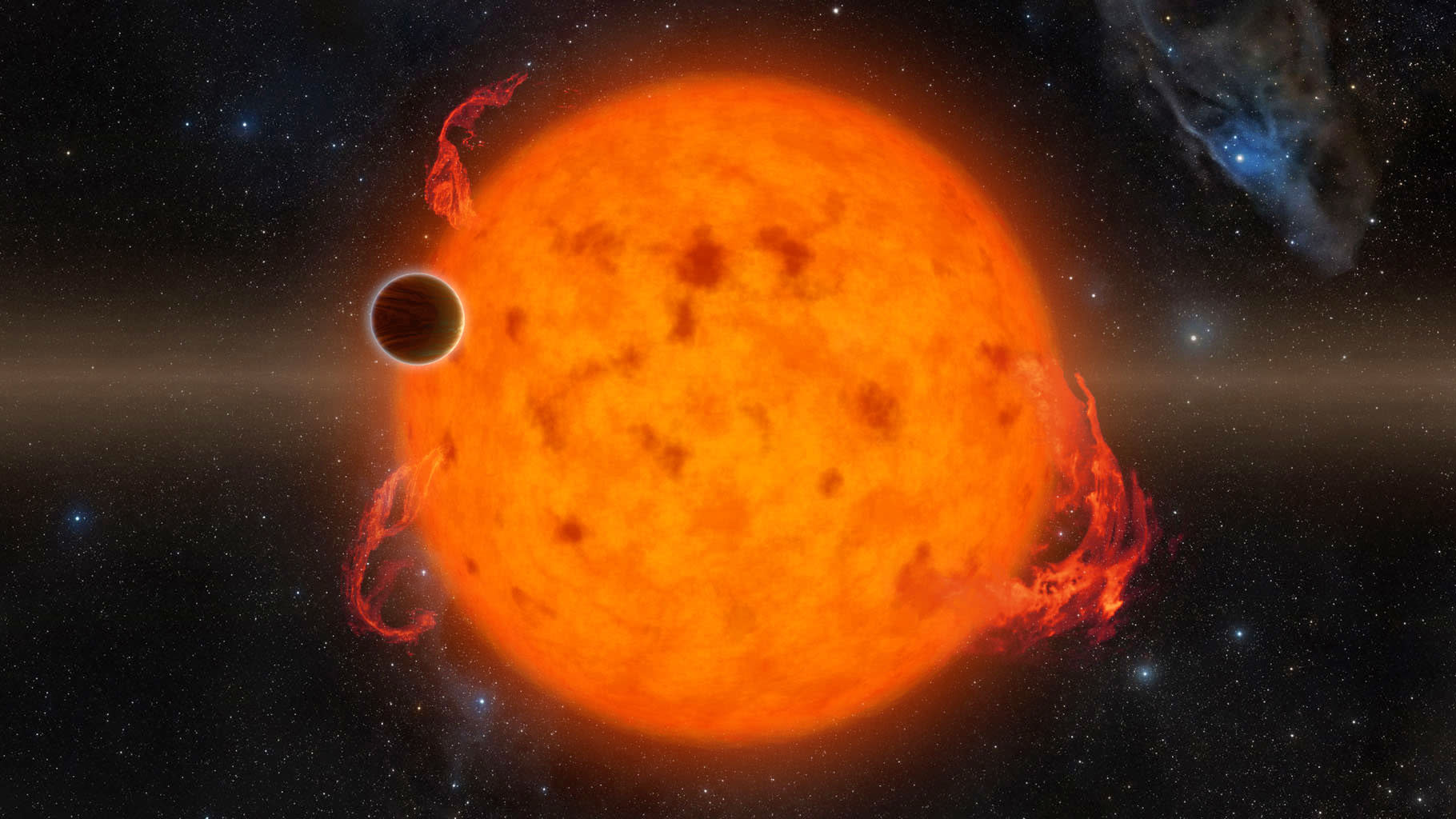 NASA's planet-hunting Kepler space telescope has made another interesting cosmic discovery, the space agency reports this week. The youngest, fully formed exoplanet ever observed has been spotted just 500 light-years from Earth in the K2–33 star system. The star is a mere 5 million to 10 million years old, meaning the planet, lovingly dubbed K2–33b, is about the same age and practically a baby on the cosmic scale.

"Our Earth is roughly 4.5 billion years old," Trevor David, lead author of the new study on the planet, said in a statement. "By comparison, the planet K2–33b is very young. You might think of it as an infant."

Kepler first spotted the Neptune-sized planet as it zipped around its star once every five days. While confirming its planet status, NASA researchers also noticed "a thick disk of debris" around the K2–33, which is most likely leftover raw materials from the planet's formation and means the star has only just recently reached the end of its planet-making stage. The majority of the other 3,000 confirmed exoplanets are found in star systems that are over a billion years old and the Earth itself is about 4.5 billion years old. K2–33b is also about 10 times closer to its star than Mercury is to our own Sun, which has researchers puzzled about how it could have formed at such a close orbit to begin with.

"After the first discoveries of massive exoplanets on close orbits about 20 years ago, it was immediately suggested that they could absolutely not have formed there," David said. "But in the past several years, some momentum has grown for in situ formation theories [that the planet could form right where it is], so the idea is not as wild as it once seemed."

And K2-33b is not the only newborn planet announcement today. According to the journal Nature, another relatively young planet has been spotted orbiting the 2-million-year old star V830 Tau, some 430 light-years away from Earth.

In this article: exoplanet, k2, k2-33b, kepler, KeplerTelescope, nasa, science, space
All products recommended by Engadget are selected by our editorial team, independent of our parent company. Some of our stories include affiliate links. If you buy something through one of these links, we may earn an affiliate commission.