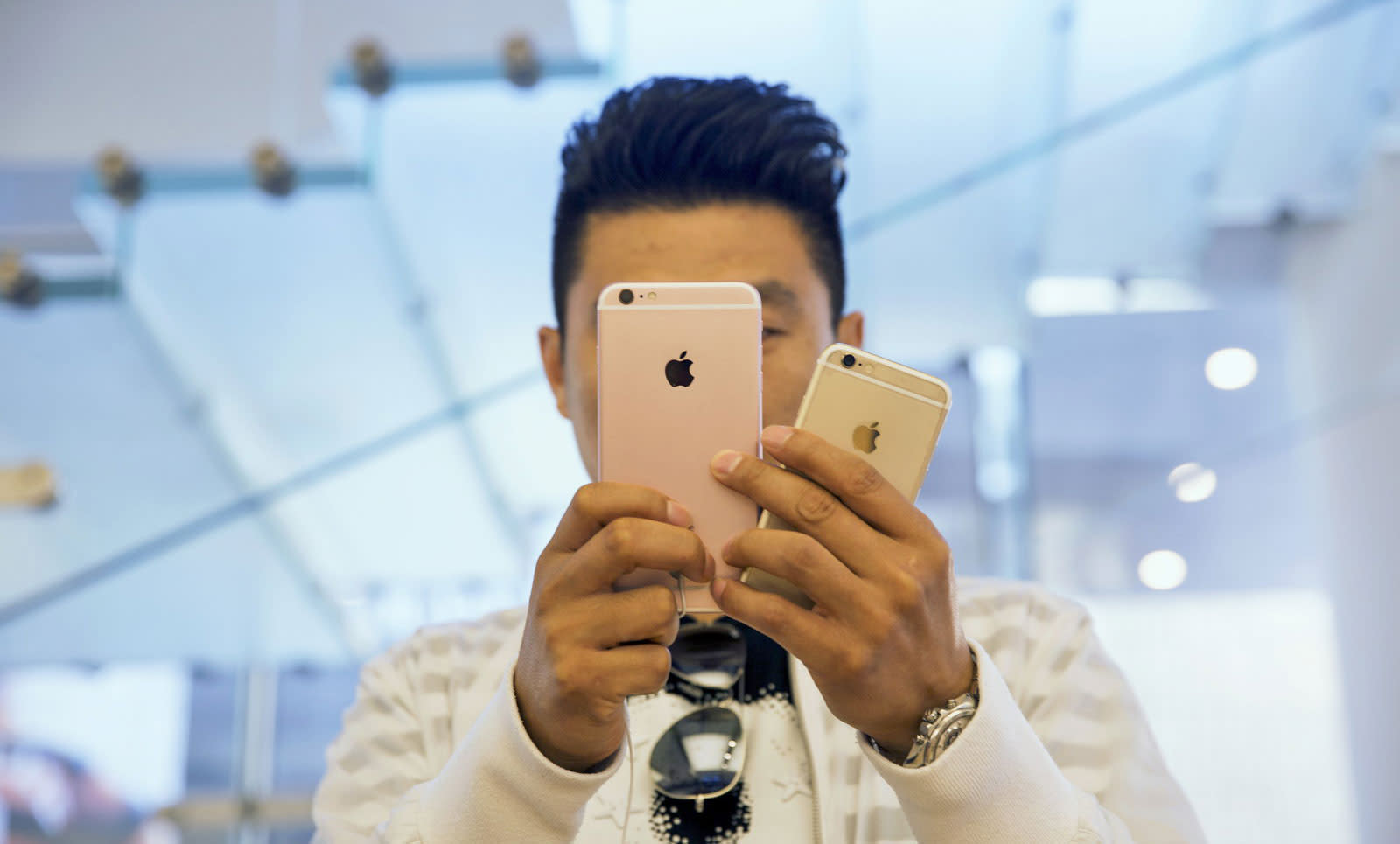 If you're eagerly awaiting a load of new features for this year's iPhone, you might be a bit disappointed come fall. The Wall Street Journal reports that the upcoming models will offer only modest changes from the current iPhone 6S and 6S Plus rather than a more robust redesign. Apple has been trotting out new designs every two years with the "S" models offering mostly internal tweaks in between. According to WSJ's sources though, that won't be the case this year.

WSJ reports that both the 4.7- and 5.5-inch models will return, and they'll do so without a 3.5mm headphone jack. Rumors have gone back and forth on whether or not Apple will ditch the port entirely, and we've even caught a glimpse of alleged iPhone 7 parts that indicate the jack is staying. The rumblings about the company's preference for Lightning connectivity for headphones began late last year and has been the most discussed tweak for the new models. Nixing the 3.5mm port is said to not only improve the phone's water resistance, but also allow for a thinner handset.

Apple is planning a massive overhaul for 2017's 10th anniversary of the iPhone, according to WSJ. Those updates are said to include an edge-to-edge OLED display while nixing the iconic home button entirely. Sources say that the Touch ID security features would be part of the display itself. Of course, that release is well over a year away, so things could change significantly between now and then.

What's the reason for not having a major update this year? Apple's coming off its first quarter of sales decline in the iPhone's history, but WSJ reports that the reason for subtle changes is due to tech that's currently in the works taking more time to finish. While the iPhone 5S featured the addition of Touch ID, last year's 6S and 6S Plus focused largely on internals with 3D Touch and improved cameras. Both kept the same overall design as the iPhone 5 and iPhone 6 the year before. Nixing the headphone jack wouldn't be a small change though, especially if you've already invested in a set of wired headphones.

In this article: apple, gear, iphone, iphone7, lightning, mobile, report, wsj
All products recommended by Engadget are selected by our editorial team, independent of our parent company. Some of our stories include affiliate links. If you buy something through one of these links, we may earn an affiliate commission.