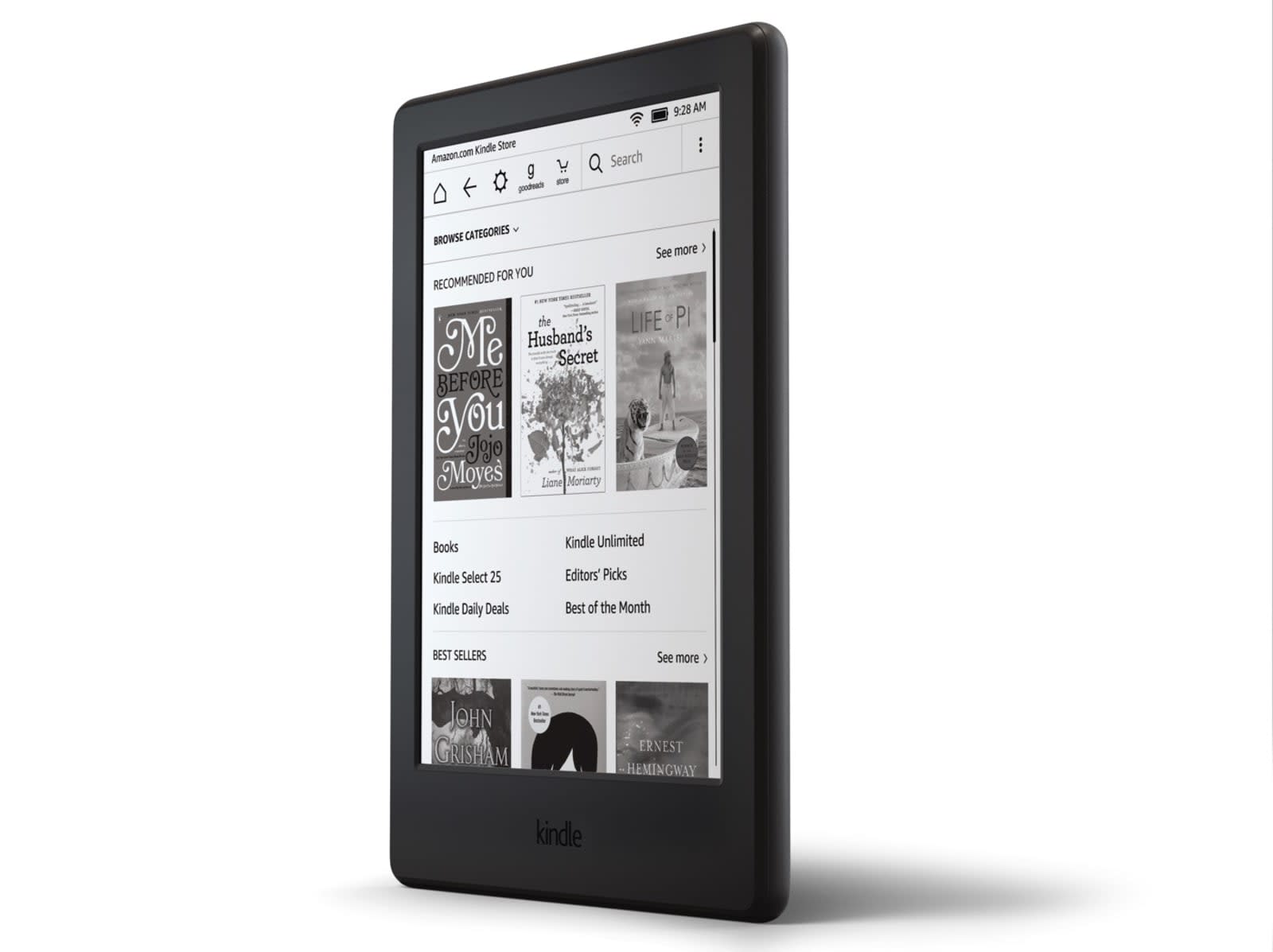 The luxurious Kindle Oasis is no longer the new kid on the block. Amazon just unveiled its new entry-level Kindle device, which is more portable and packs in twice as much RAM (512MB) as the last model. And yes, it's still $80/£60 (with Amazon's "Special Offers" ads). Unfortunately, it doesn't look like the resolution for its 6-inch E Ink screen has been improved at all -- you'll have to bump up to the $120/£110 Paperwhite for sharper text (that model is now available in white, as well). At least the new Kindle has a few features to make up for that: it's the first model to ship with Bluetooth audio support for blind readers (for connecting to wireless headsets and speakers). And you'll also be able to easily email yourself notes and highlights in PDF and spreadsheet form. That note exporting feature will eventually roll out to other Kindle models, but Amazon isn't saying if it can bring the Bluetooth feature to any others (like the pricey Oasis, for example).

Amazon says it also sports a "more rounded design," which should make it easier to hold. Otherwise, it looks unmistakably like a Kindle. Tough luck if you were hoping for the return of physical page flipping buttons, though.

Ultimately, the revamped Kindle is an iterative update for Amazon, one that aims to make it tempting as tablets get ever cheaper. It would have been nice to see the company aim for an even lower price, as it's often had previous models on sale for $60. At this point though, the $120 Paperwhite, which has both a backlit screen and a much better display, remains the best overall Kindle value. You can preorder the new Kindle today, and it'll start shipping in the next few weeks.

(Update: An earlier version of this article said the new Kindle has twice as much storage. It actually has the same amount of storage as the last model, just twice as much RAM.)

In this article: amazon, ereaders, gadgetry, gadgets, gear, Kindle, Kindle2016, mobile
All products recommended by Engadget are selected by our editorial team, independent of our parent company. Some of our stories include affiliate links. If you buy something through one of these links, we may earn an affiliate commission.