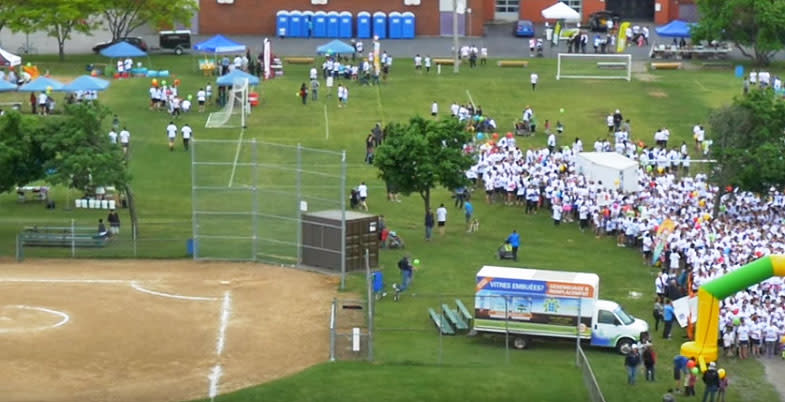 Picture this: You're out enjoying a sporting event, just minding your own business. All of a sudden a 2.7-pound DJI Phantom 3 drone falls from the sky and beans you squarely in the head. What do you do? You file a lawsuit.

That's exactly what happened to 38-year-old Stéphanie Creignou, who unfortunately suffered injuries when the drone fell from the sky and crashed directly into her head. She has yet to get back to work, and as a result of her injuries, she was forced to cancel a vacation she had already planned with her husband.

You can see it in the video footage captured by VTOL-X Drones, a professional drone provider that was hired by event organizers to obtain aerial footage of the event.

Drone operator Rosaire Turcotte is unsure of how he lost control of the drone or how the incident occurred. In an interview with VAT News, he attests that he has "zero explanation" and believes he "acted in the safest way possible."

According to VTOL-X Drones company CEO Flavio Martincowski in an interview with PetaPixel, the man was actually operating the drone without the proper permits and (clearly) flying too close to a gathering of people. In fact, the incident transpired just after VTOL-X Drones questioned Turcotte about those very things.

Currently the Transportation Safety Board of Canada is investigating the crash, which could easily have been avoided had the drone's operator paid more attention to regulations in place to keep this things from happening. Accidents do happen -- but this is a very unfortunate and preventable one.

In this article: canada, djiphantom3, drones, gadgetry, gadgets, gear, robots
All products recommended by Engadget are selected by our editorial team, independent of our parent company. Some of our stories include affiliate links. If you buy something through one of these links, we may earn an affiliate commission.