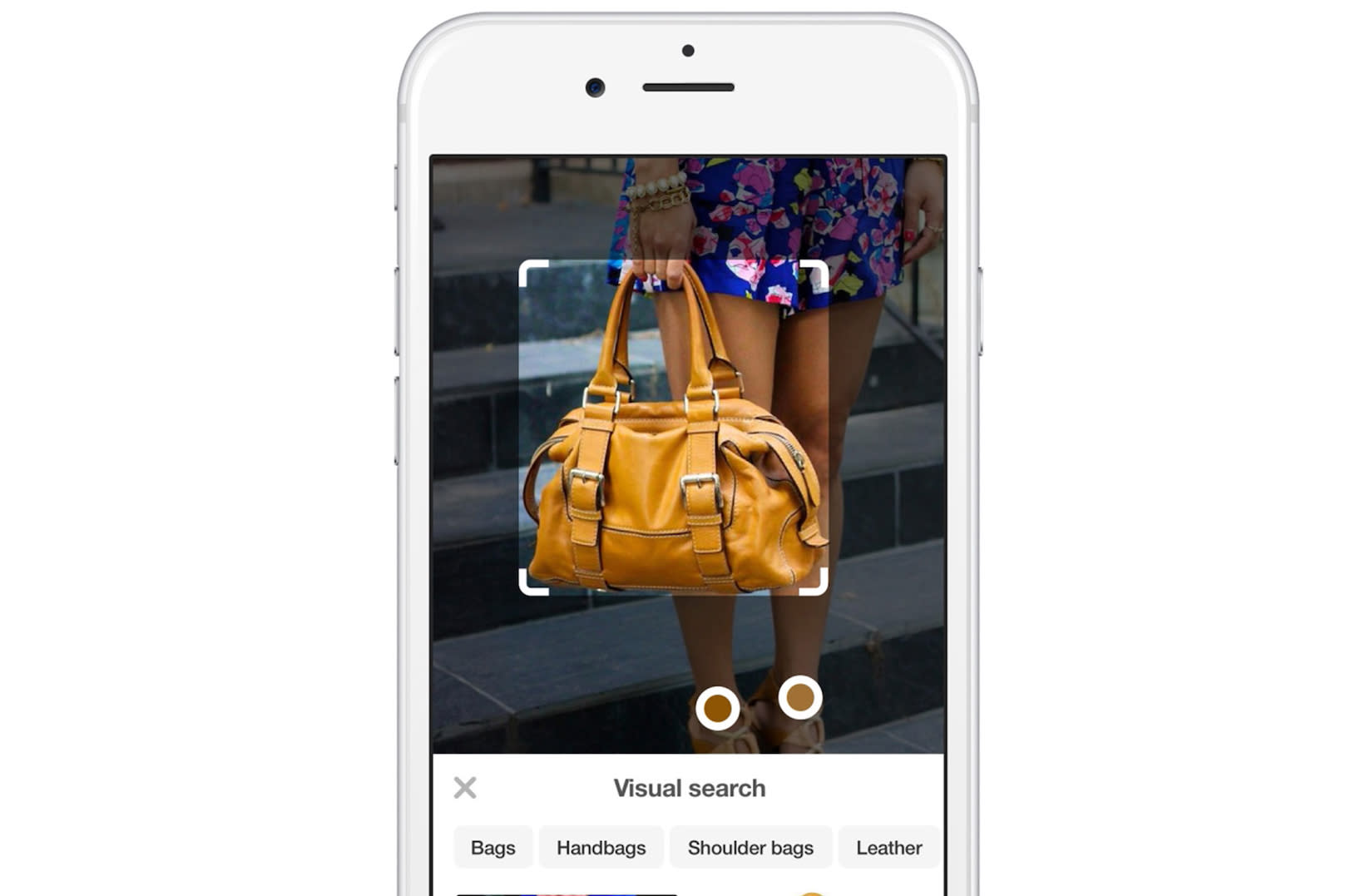 If you've ever spotted someone wearing a pair of cool boots and wanted to know where to get a pair just like those, you'd be interested in a new feature coming from Pinterest. At an event in San Francisco, the company has just given a sneak preview of a new camera search technology that can let you search for related products on Pinterest simply by snapping a picture of something in the real world. So I could just take a photo of those aforementioned boots, for example, and through a combination of computer vision and deep learning, the app will then bring up a list of results of boots that look similar.

As part of this new camera search technology, Pinterest is also rolling out a new visual search feature called automatic object detection. That means the app will now be able to search for selected items in a pinned photo. Say you find a photo of a living room on someone's Pinterest board, for example. You can now tap a visual search icon on the top right corner of the Pin and it'll highlight all the searchable items with dots -- say, the couch, the lamp and the table. Tap an object, and just like that camera search tech earlier, it'll bring up a list of items that look similar to it.

It's all part of a new initiative by Pinterest to make shopping that much easier. Indeed, the firm says that over 55 percent of its users go to Pinterest to shop compared to other social networks. Last year, for example, it rolled out Buyable Pins so that you could shop for items right from Pinterest. While that feature was just for iOS (and then Android), now it's open to the web too. Tim Kendall, the President of Pinterest, says that when Buyable Pins first launched, it only had 200 products for sale. Now, it has over 10 million items, and over 20,000 retailers selling stuff on Pinterest.

Another announcement is a "shopping bag" that sticks with you regardless of platform. So you can add items to your bag via the Pinterest app, for example, and then review the items on your laptop later on. And, thanks to new merchant profiles, you can also now browse similar items from the same seller. Pinterest is also introducing a new portal called the Pinterest Shop, where is an editorialized and curated part of the site.

Most of these features should be live as of today -- the automatic object detection for visual search is iOS only for now -- but that cool camera search tech won't be out until later this year.

In this article: culture, internet, mobile, pinterest, services
All products recommended by Engadget are selected by our editorial team, independent of our parent company. Some of our stories include affiliate links. If you buy something through one of these links, we may earn an affiliate commission.