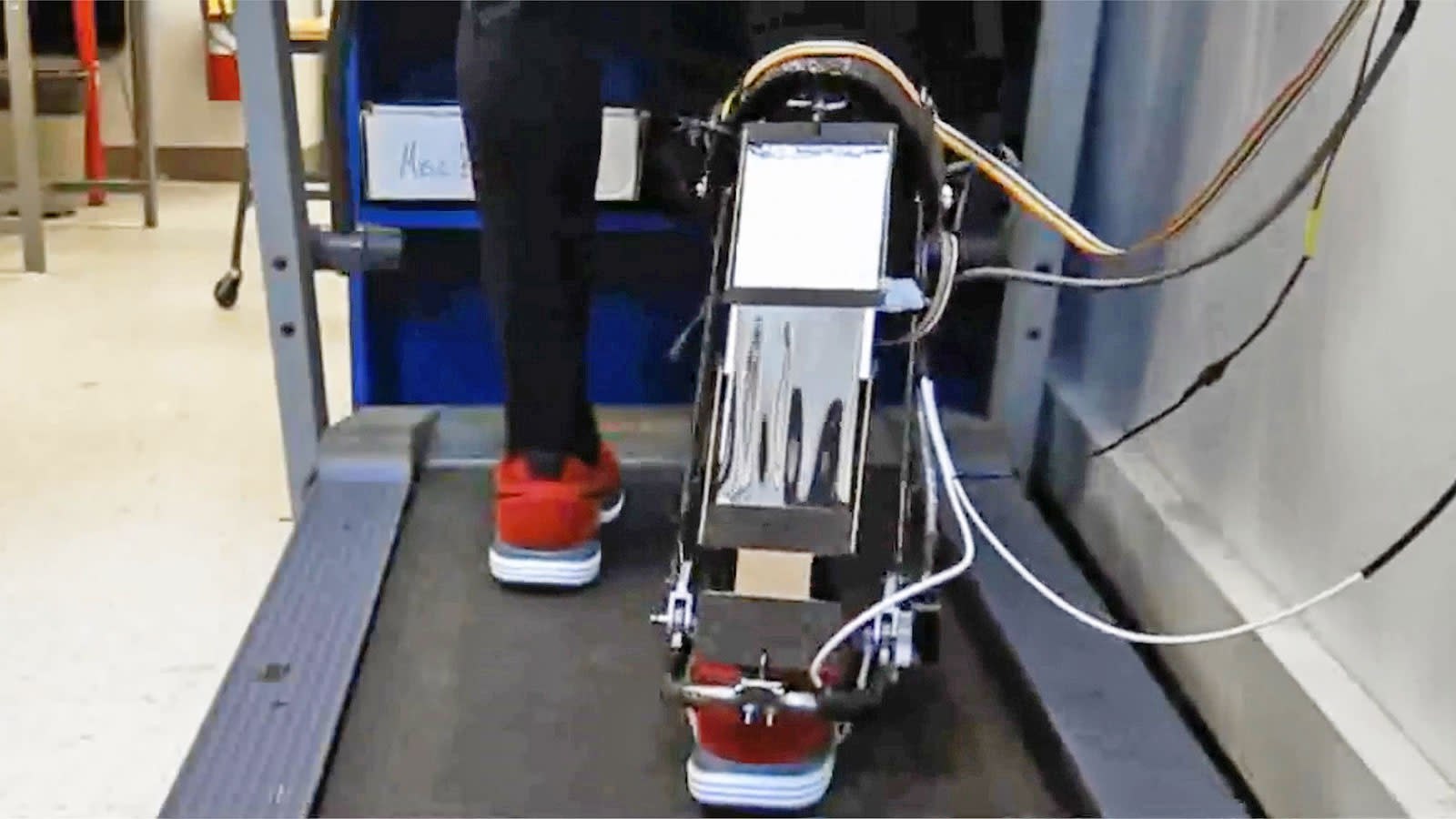 Of all the reasons exoskeletons aren't widespread, weight is one of the biggest. Even the slickest designs still tend to need bulky machinery. Not at Carnegie Mellon University, however -- its researchers have developed an exoskeleton clutch mechanism that barely weighs anything. Their Electroadhesive Clutch, as the name suggests, relies on electrostatic adhesion between specially coated electrode sheets to control spring movement. At 0.05 ounces per pair, it's 30 times lighter than existing clutches, and uses up to 750 times less power. Even if you had hundreds of clutches, the robotic assistance would take a huge strain off your body. And did we mention that there's three times as much torque density?

The technology has the potential to help the disabled and rehabilitating get some mobility without having to deal with a large, heavy reminder of their conditions. However, it could also be helpful for robots, where every weight- and power-saving measure counts. You may well see mechanical suits and automatons that don't look like they came from a factory.

In this article: carnegiemellon, electroadhesion, electrostatic, exoskeleton, health, medicine, science, video, wearables
All products recommended by Engadget are selected by our editorial team, independent of our parent company. Some of our stories include affiliate links. If you buy something through one of these links, we may earn an affiliate commission.