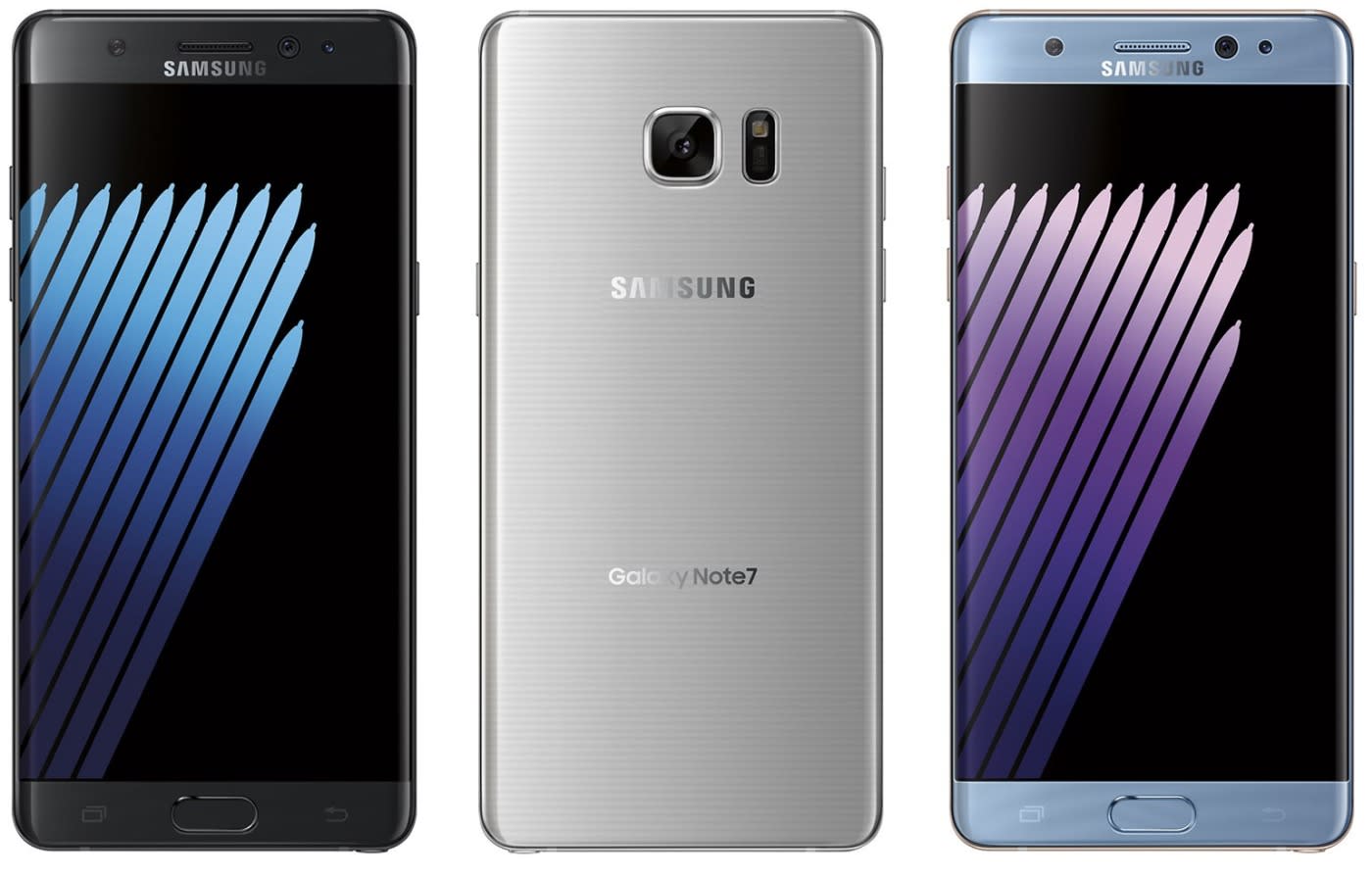 Can't wait for Samsung's next entry into the plus-sized phone category? A tweet from Evan Blass aka evleaks reveals three colors of what will apparently be called the Galaxy Note7 (no space?), in Black Onyx, Silver Titanium and Blue Coral. There have been rumors about the phone and its number-skipping name floating around, but the clear images confirm this is what we'll see announced this summer. Naturally, there's a stylus and curved edges, while the specs cited by Blass on Android Police include a 5.7-inch QHD Super AMOLED display, 12MP/5MP front/rear camera setup, 64GB of storage and IP68-rated water resistance.

In this article: Android, evleaks, GalaxyNote, GalaxyNote7, gear, mobile, phablet, samsung
All products recommended by Engadget are selected by our editorial team, independent of our parent company. Some of our stories include affiliate links. If you buy something through one of these links, we may earn an affiliate commission.