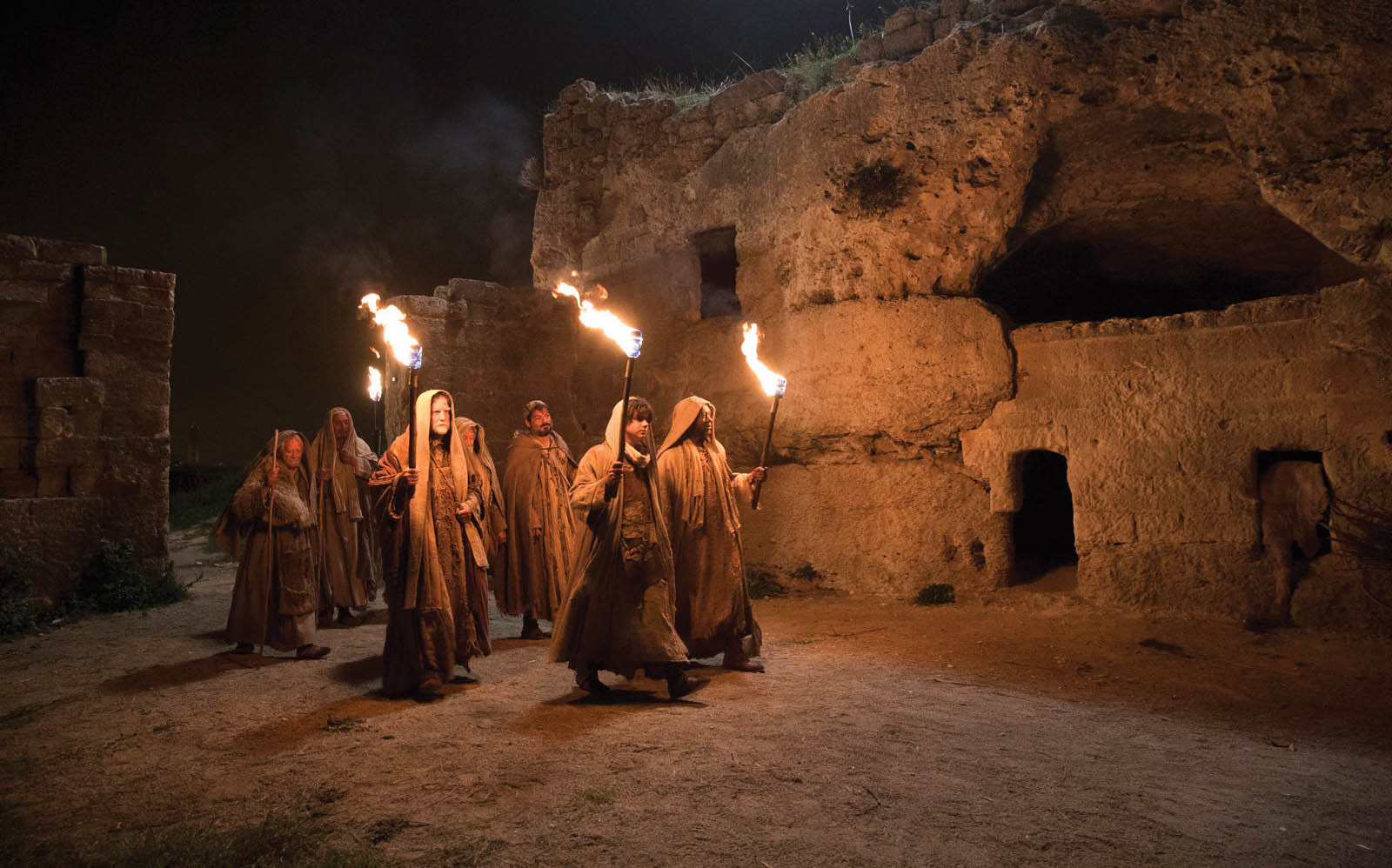 Producers have been fretting about how to do feature films in VR, because the format doesn't lend itself to traditional Hollywood techniques. However, it's about to be used on one of the best-known tales of all time for Jesus VR -- the Story of Christ, slated to arrive in Christmas, 2016, according to Variety. The 360-degree, 4K film will work on all major VR platforms, including the HTC Vive, Oculus Rift, Samsung Gear and PlayStation VR. Produced by Autumn Products and VRWERX, it'll tell the story of Christ's life from baptism to crucifixion.

Film directors are used to controlling what viewers watch, constantly cutting between close-ups, swooping crane shots, special effects shots, etc. However, that doesn't work well with 360-degree VR, because the total immersion makes scene changes jarring. The medium also makes you feel you're in the movie, not just watching it. "I think that's going to be the definition of how you tell a story: Are you an observer, or are you a participant?" art director Robert Stromberg recently told Engadget. The filmmakers behind Jesus VR haven't said how they're approaching the story, but appear to be focused on the immersion aspect. A production still (top) shows that the producers are using multiple head-mounted Sony Alpha 7 cameras, with a Samsung Galaxy Note-equipped VR viewer. (Update: At the request of AutumnVR, we've taken down that image.)

That approach will let the camera operator "be" in scenes and should make for very high-resolution video, though it'll require a lot of data post-processing to stitch everything together. "The viewers truly feel they are there with Jesus and his disciples," director David Hansen said. "This is the most powerful story of all time and virtual reality is the perfect way to tell it."

In this article: AutumnVR, av, Christian, entertainment, Jesus, JesusVR, OculusRift, PlaystationVR, video, VirtualReality, Vive, VRWERX, wearables
All products recommended by Engadget are selected by our editorial team, independent of our parent company. Some of our stories include affiliate links. If you buy something through one of these links, we may earn an affiliate commission.