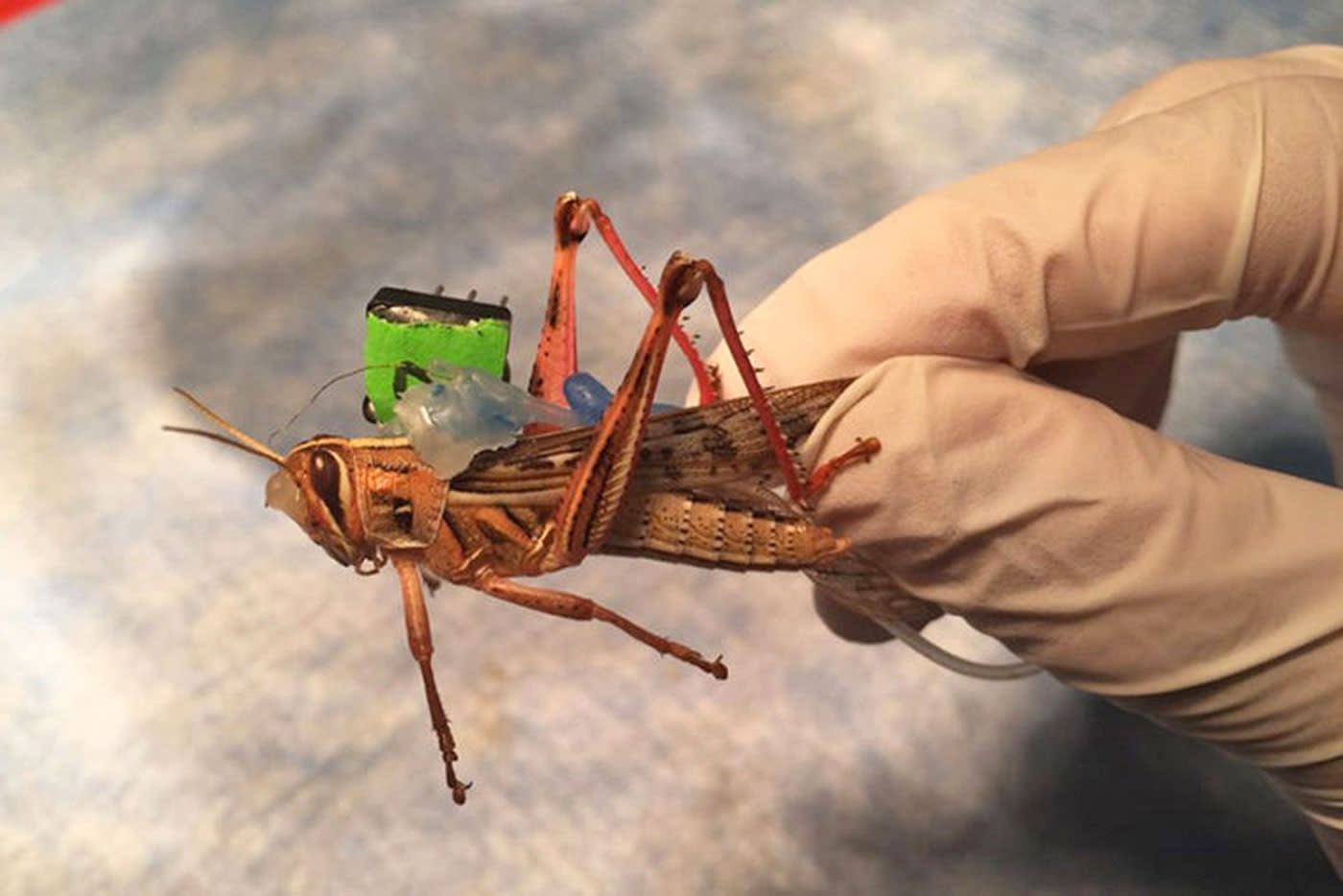 "Men, bring out the sniffer locusts." That's something a bomb squad chief could say in the future, thanks to a team of engineers working to turn the insects into cyborgs that can be sent anywhere to sniff out explosives. It won't be an easy feat -- the researchers, who hail from the Washington University in St. Louis, will have to equip the insects with several pieces of technology. Good thing they have a powerful backer: the Navy. Team leader Baranidharan Raman has received a three-year $750,000 grant from the Office of Naval Research to make his dreams a reality.

Raman has been studying how the bug processes smell for years now. He and his team found that locusts can identify particular scents, such as those they're trained to detect, even in the presence of other odors. Raman believes the cyborg bugs will be much more effective than robots, because their antennae have a ton of natural sensors. "Why reinvent the wheel? Why not take advantage of the biological solution?" he asked. "That is the philosophy here. Even the state-of-the-art miniaturized chemical sensing devices have a handful of sensors. On the other hand, if you look at the insect antenna, where their chemical sensors are located, there are several hundreds of thousands of sensors and of a variety of types."

To turn ordinary locusts into bomb-sniffing machines, the engineers plan to implant an electrode into their brains to hijack their antennae and read electrical activity. Since operators need to get whatever info the bugs collect, the researchers are also developing a tiny backpack that can transmit data. The receiver's red LED lights up in the presence of explosives, while the green LED lights up in the absence of any.

Finally, the engineers plan to tattoo the bugs' wings with biocompatible silk that can convert light into heat. A laser, probably installed on the backpack, will allow an operator to control the cyborg bug. Focus the laser on the left wing to make the insect go left, and vice versa. It will function much like a remote-controlled drone. If Raman and his team don't hit a snag along the way, they could be testing the first prototypes within a year's time and could be done within two.

In this article: cyborg, locust, robots, science, washingtonuniversityinstlouis
All products recommended by Engadget are selected by our editorial team, independent of our parent company. Some of our stories include affiliate links. If you buy something through one of these links, we may earn an affiliate commission.