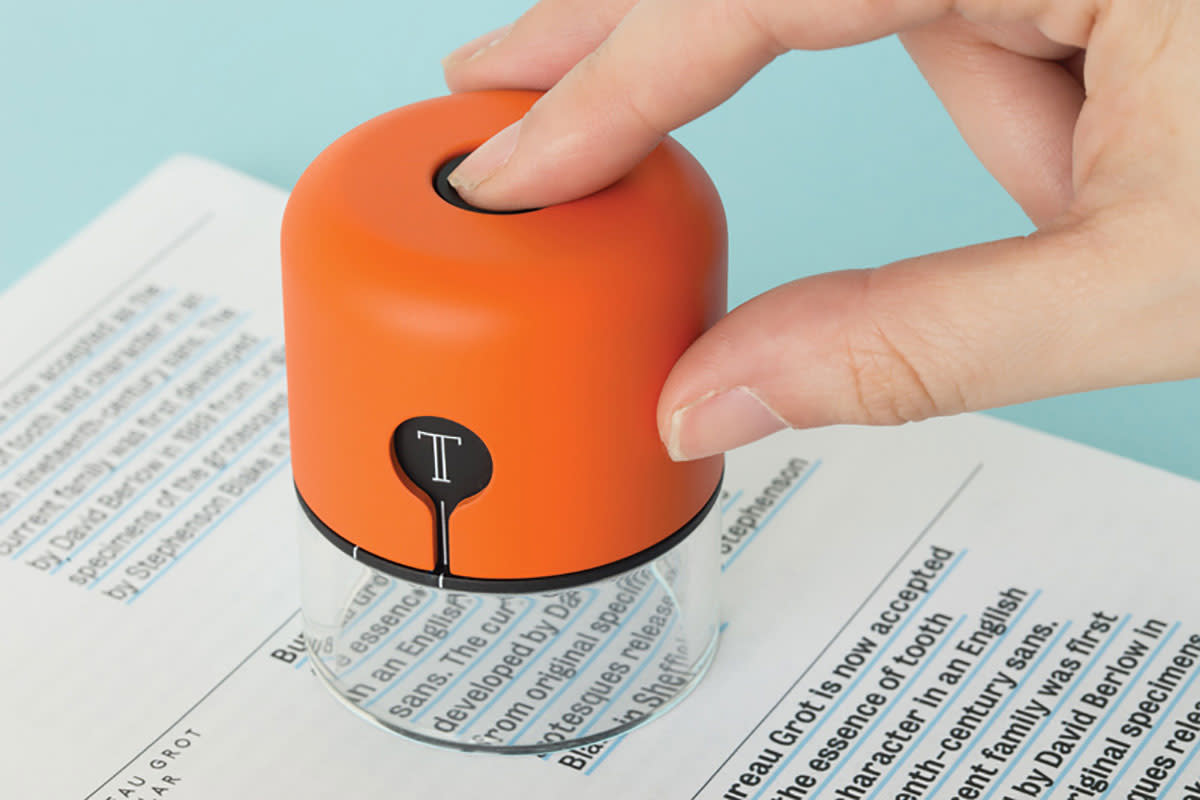 When a designer sees typography they like or a color that might be useful for a project, the first move is usually to snap a picture with their phone. I can say that because I'm a designer myself, frequently capturing textures, hues and letterforms for reference later. Royal College of Art MA student Fiona O'Leary came up with a better solution though, one that gets those bits of type and color into a desktop design app even faster. O'Leary built Spector: a small camera that logs typography and palettes before sending them directly to InDesign. 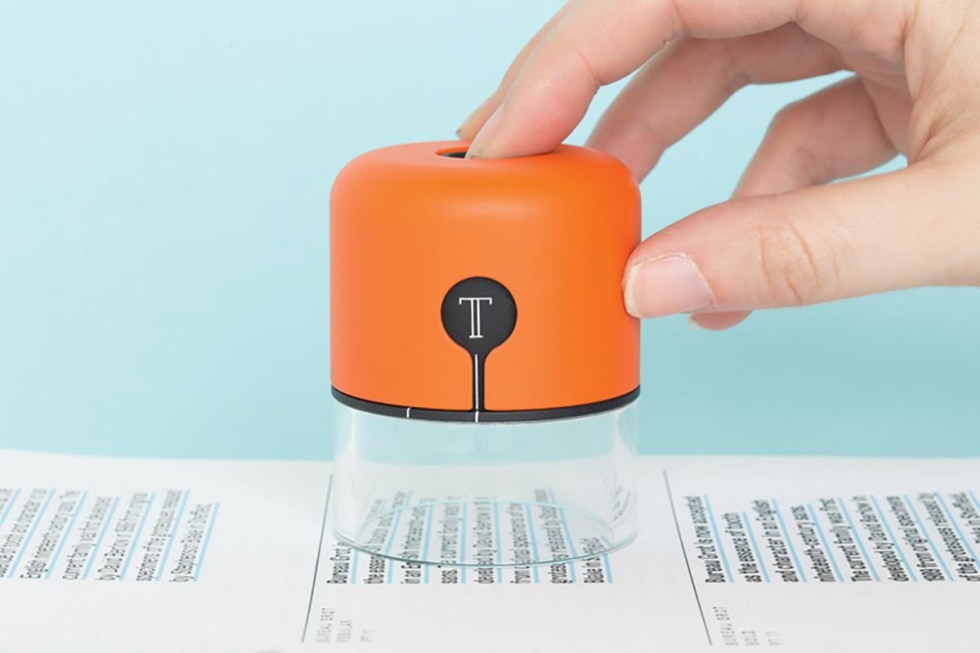 O'Leary says the project was born out of the frustration of designing for print on screen and never really knowing exactly how the fonts and colors would appear in the physical form. "It is a handheld device allowing various print materials to become interactive," she explained. "If designing for print, it is best to start with print." Think of it like the Eye Dropper tool in Photoshop or another Adobe program, but instead of only picking up colors, Spector identifies fonts as well.

The device is still very much a prototype, but as you can see in the video below, it definitely works. A built-in camera snaps an image of the letters or colors so an algorithm can identify shapes or assign CMYK and RGB values. From there, the details are sent to a database to do the final identification. If there's have a computer handy, a plug-in will send the collected information to InDesign. In fact, if some text has already been highlighted, Spector's companion software will apply the font or color styles automatically. The handy tool works away from the office as well, storing up to 20 samples on the Arduino-powered gadget.

Right now, Spector can identify seven typefaces, but O'Leary plans to expand the reference database. The device also logs info like font size, kerning and leading by analyzing the white space between letters. Of course, once the device does its thing, you'll still need to properly license the fonts before using them. Even with the potential for piracy, Spector would certainly be a solid tool for discovery and education, if it was made into a real product. While O'Leary is interested in doing just that, she's not in a huge hurry to make it available to the masses just yet.

In this article: colors, design, diy, do it yourself, doityourself, fonts, gear, indesign, project, prototype, spector
All products recommended by Engadget are selected by our editorial team, independent of our parent company. Some of our stories include affiliate links. If you buy something through one of these links, we may earn an affiliate commission.