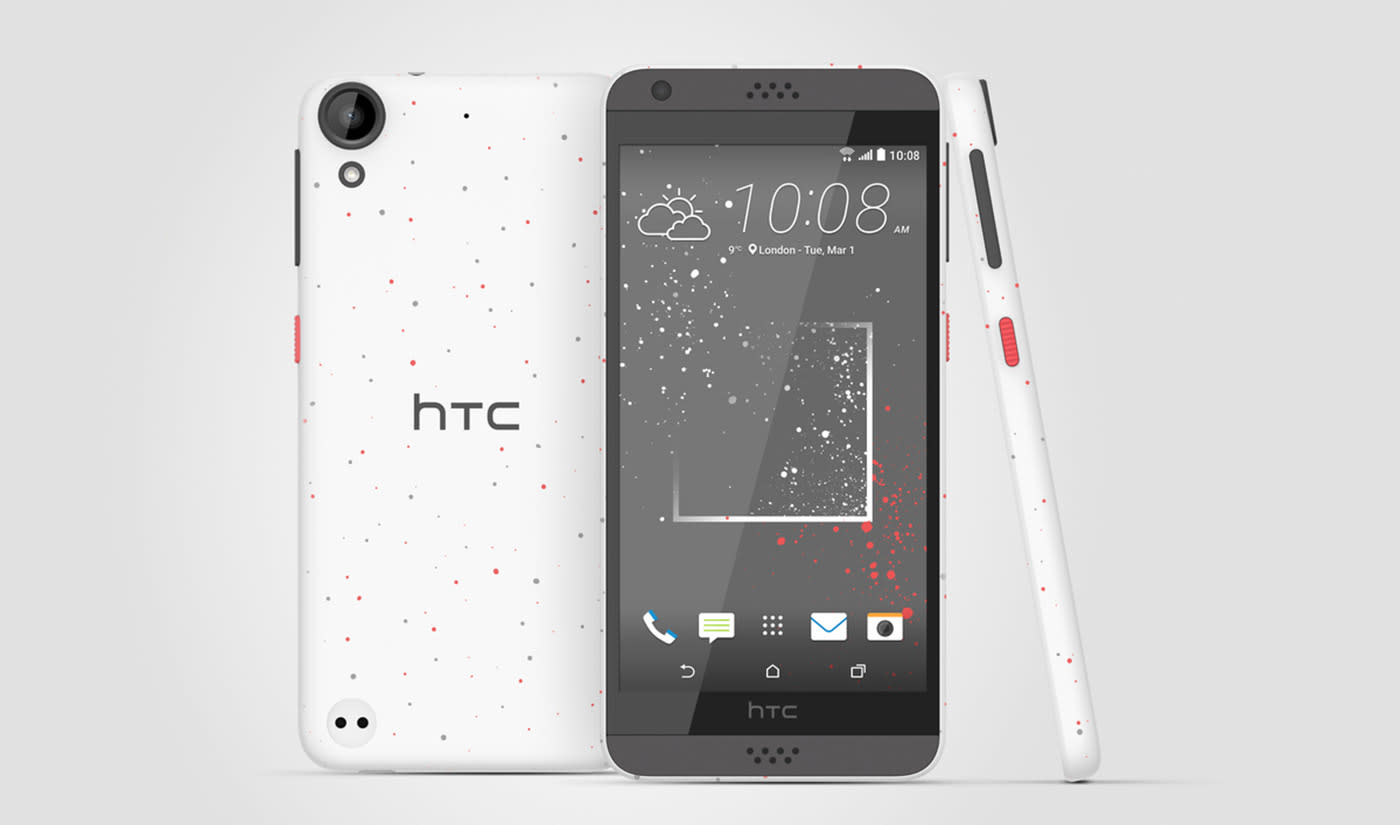 HTC has brought one of the speckled, sportswear fashion-inspired Desire phones it launched in February stateside. It has released the Desire 530, in particular, which is the most affordable of the three devices in the line. The 530 is pretty basic -- it's an Android 6.0 phone with HTC Sense on top and comes equipped with a 5-inch 720p display, a quad-core 1.1GHz Snapdragon 210 processor, 1.5GB of RAM and 16GB of storage. HTC is putting a focus on its polycarbonate body's micro splash effect and its cameras, using those features as its selling points. To note, the handset has a 5-megapixel front-facing camera with Auto and Voice Selfie capabilities, as well as an 8-megapixel rear shooter with a back-illuminated sensor.

The 530 is available with prepaid or postpaid plans from T-Mobile and Verizon in Blue Lagoon, Sprinkle White and Stratus White. You can check out the companies' websites to see which colors they have available, but if you'd rather not sign up with either, you can also wait for HTC to sell the $179 unlocked version through its own website later this month.

In this article: desire, desire530, gear, htc, mobile, t-mobile, verizon
All products recommended by Engadget are selected by our editorial team, independent of our parent company. Some of our stories include affiliate links. If you buy something through one of these links, we may earn an affiliate commission.