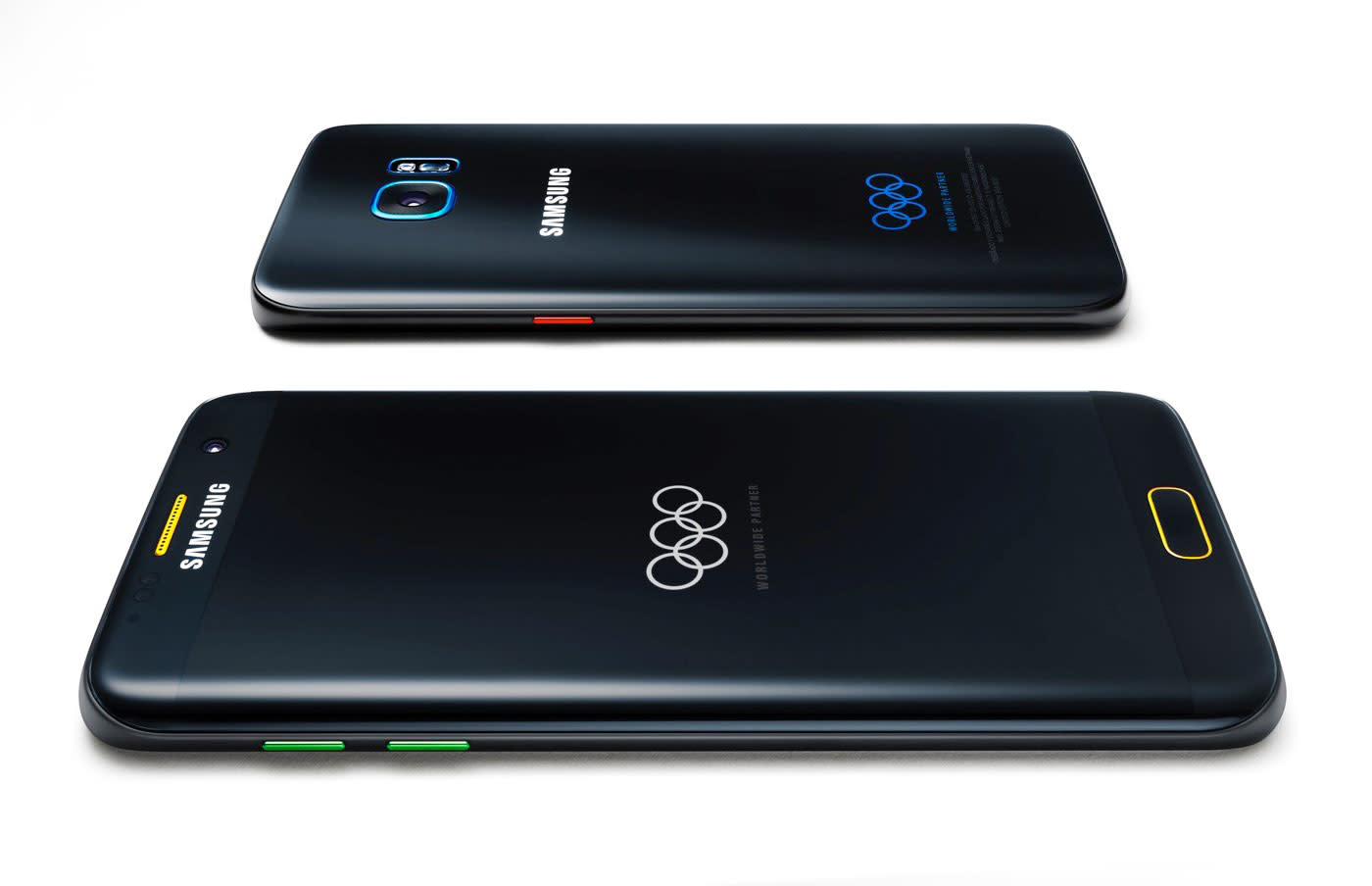 Samsung likes to trot out special editions of its flagship devices from time to time, and it's most recent is heading to the hands of Olympians bound for Rio. The Galaxy S7 Edge Olympic Games Limited Edition (whew!) is complete with the official colors of the event and that iconic interlocked rings logo. Samsung worked with the IOC to provide 12,500 of the devices to athletes so that they'll have a way to communicate while visiting Brazil. The phone is equipped with Samsung's new Rio 2016 mobile app that offers a directory complete with schedule, venue info, results, medal counts and real-time updates.

The Olympic edition Edge is also bundled with Gear IconX wireless earbuds to keep the music going during warmups. Those headphones also monitor heart rate in addition to functioning as a standalone music player. As you might expect, the audio accessory send collected stats to the S Health app when it's paired with the phone. There's also an app that lets athletes contact the IOC directly and find all the detailed event information that pertains to them.

Jealous you can't have one? Well, Samsung will sell 2,016 of the festive handsets (See what it did there?) in select countries on July 18th, including Brazil, the US, China, Germany and Korea. In the US, the special edition Galaxy S7 Edge will only be available at Best Buy. That Rio 2016 app is available to everyone free of charge though, with versions for Android, iOS and Windows. Samsung also has an immersive look at the games with a 4D VR experience at select Galaxy Studios. You know, the company's physical locations where you can try out its latest gear.

In this article: cellphone, galaxys7edge, gear, mobile, olympics, olympics2016, phone, rio2016, samsung
All products recommended by Engadget are selected by our editorial team, independent of our parent company. Some of our stories include affiliate links. If you buy something through one of these links, we may earn an affiliate commission.