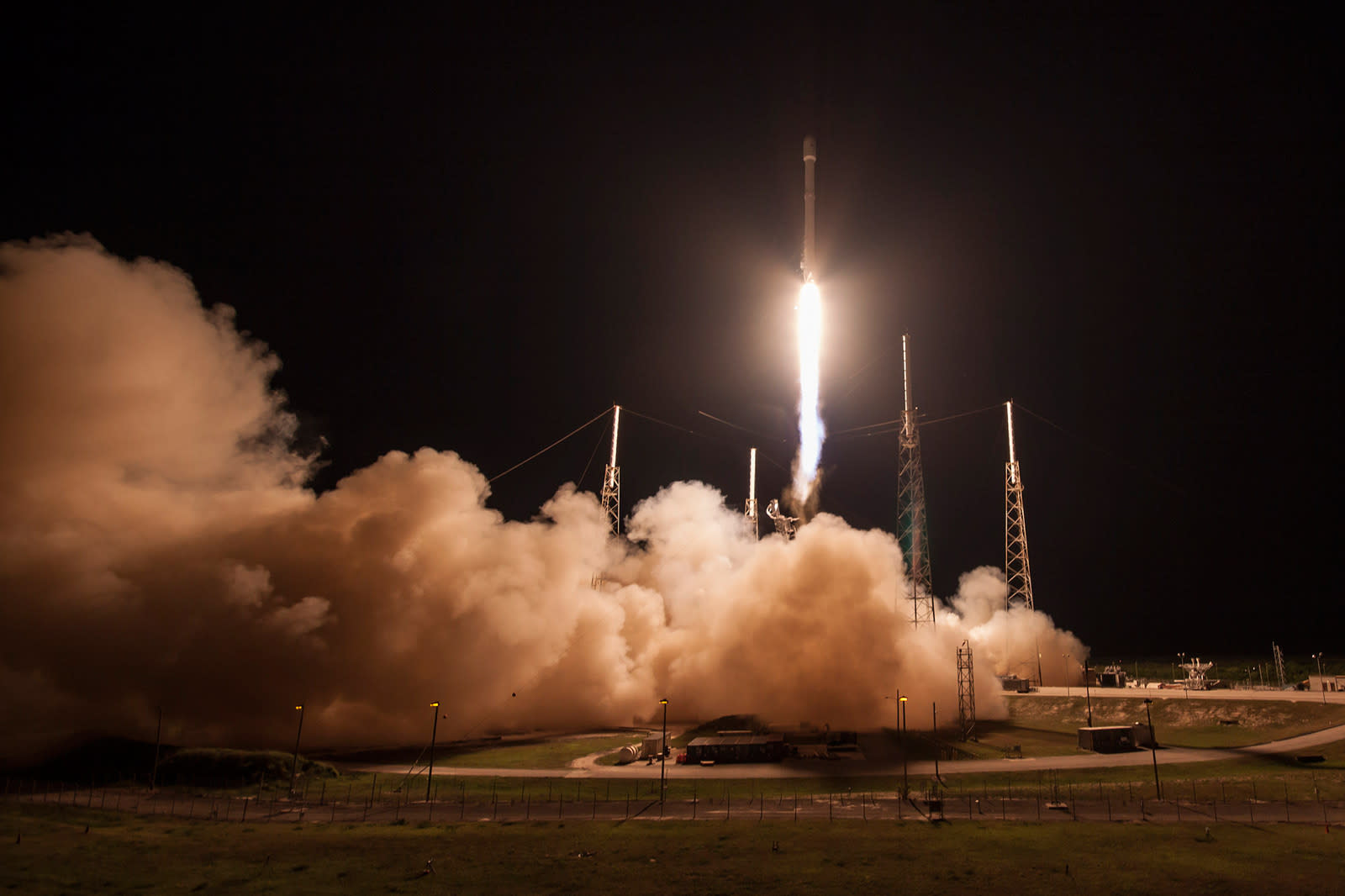 Now that sea-based rocket landings are relatively commonplace for SpaceX, the company is hoping to achieve repeat success with ground landings. Elon Musk and crew are launching a Dragon capsule full of cargo to the International Space Station on July 18th at 12:45AM Eastern, and they're using this nighttime mission to attempt the second-ever ground landing of a Falcon 9 rocket. You can watch SpaceX's live stream below starting at 12:25AM.

There's a lot riding on this besides bragging rights. The mission is carrying an international docking adapter that the ISS would have received last year if not for a Falcon 9 breaking up on launch. As you might gather, SpaceX really can't afford to lose that part a second time -- it'd not only hurt the ISS' supplies, but cast doubt on its attempts to improve reliability.

Update: Following a successful launch, the critical docking port part is now on its way to the ISS. To ice that cake, SpaceX also landed its first-stage Falcon rocket just a few miles from where it launched at Cape Canaveral Air Force Station, marking its second successful ground-based landing. Hopefully we'll get footage of that soon, because we're still not tired of those landings at all.

In this article: falcon9, gear, internationalspacestation, nasa, reusable, reusablerocket, rocket, space, spacex, video
All products recommended by Engadget are selected by our editorial team, independent of our parent company. Some of our stories include affiliate links. If you buy something through one of these links, we may earn an affiliate commission.