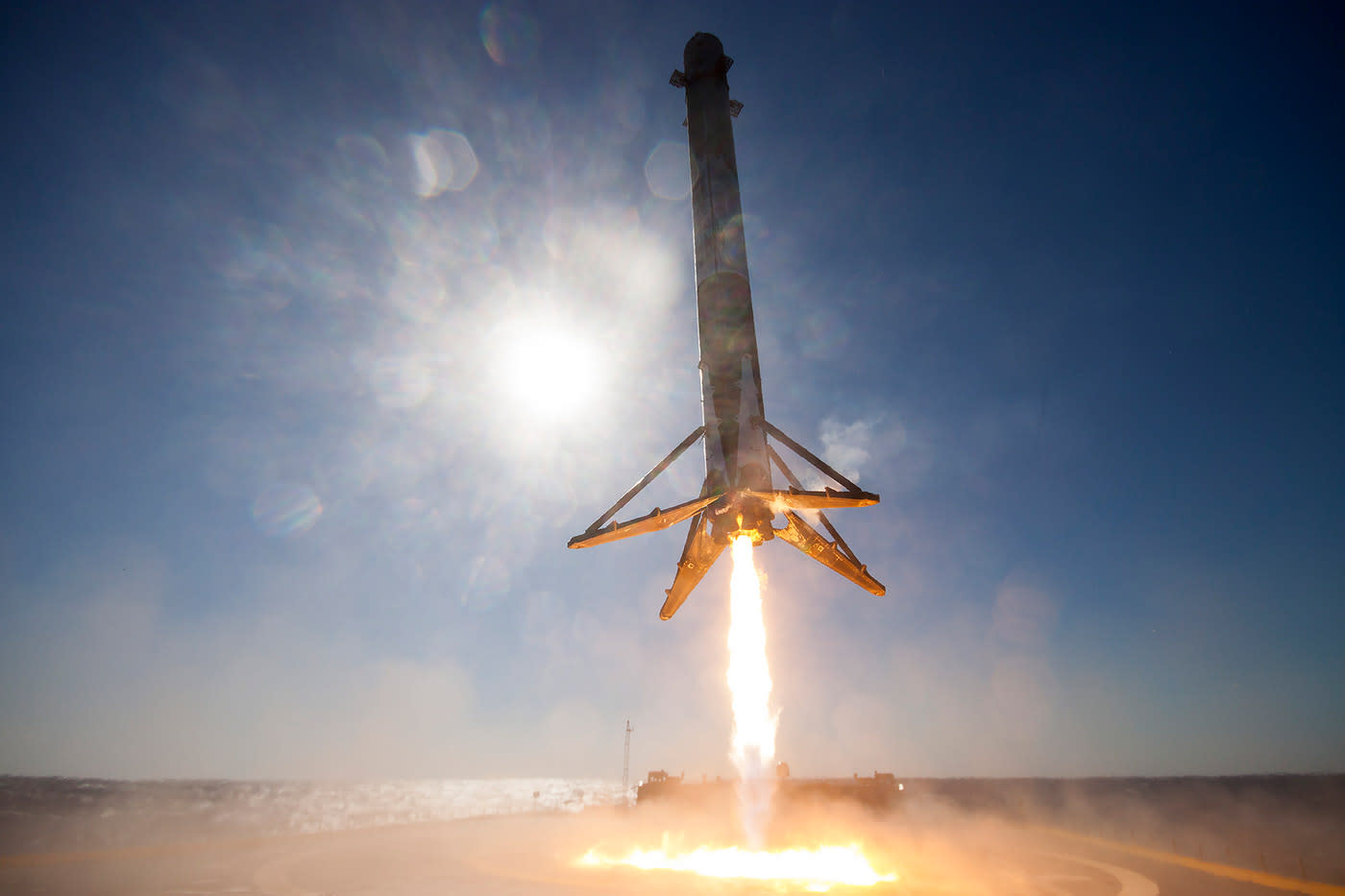 If you've ever had any doubt whether SpaceX's Falcon 9 really touched down on a barge, you should watch this YouTube video. It shows a 360-degree view of the drone ship as the rocket was landing, which means you can drag the video around to watch it from different angles or view it using a VR headset. SpaceX successfully landed its reusable rocket at sea for the first time in early April after several failed attempts. The historic booster was transported back to the Kennedy Space Center to make sure everything's working properly. If it's still in perfect condition, the commercial space company might launch it again at a later date.

Heads up! 360 degree camera view of landing on the droneship https://t.co/0VNR3gvN7X

In this article: falcon9, rocket, science, spacex, video
All products recommended by Engadget are selected by our editorial team, independent of our parent company. Some of our stories include affiliate links. If you buy something through one of these links, we may earn an affiliate commission.