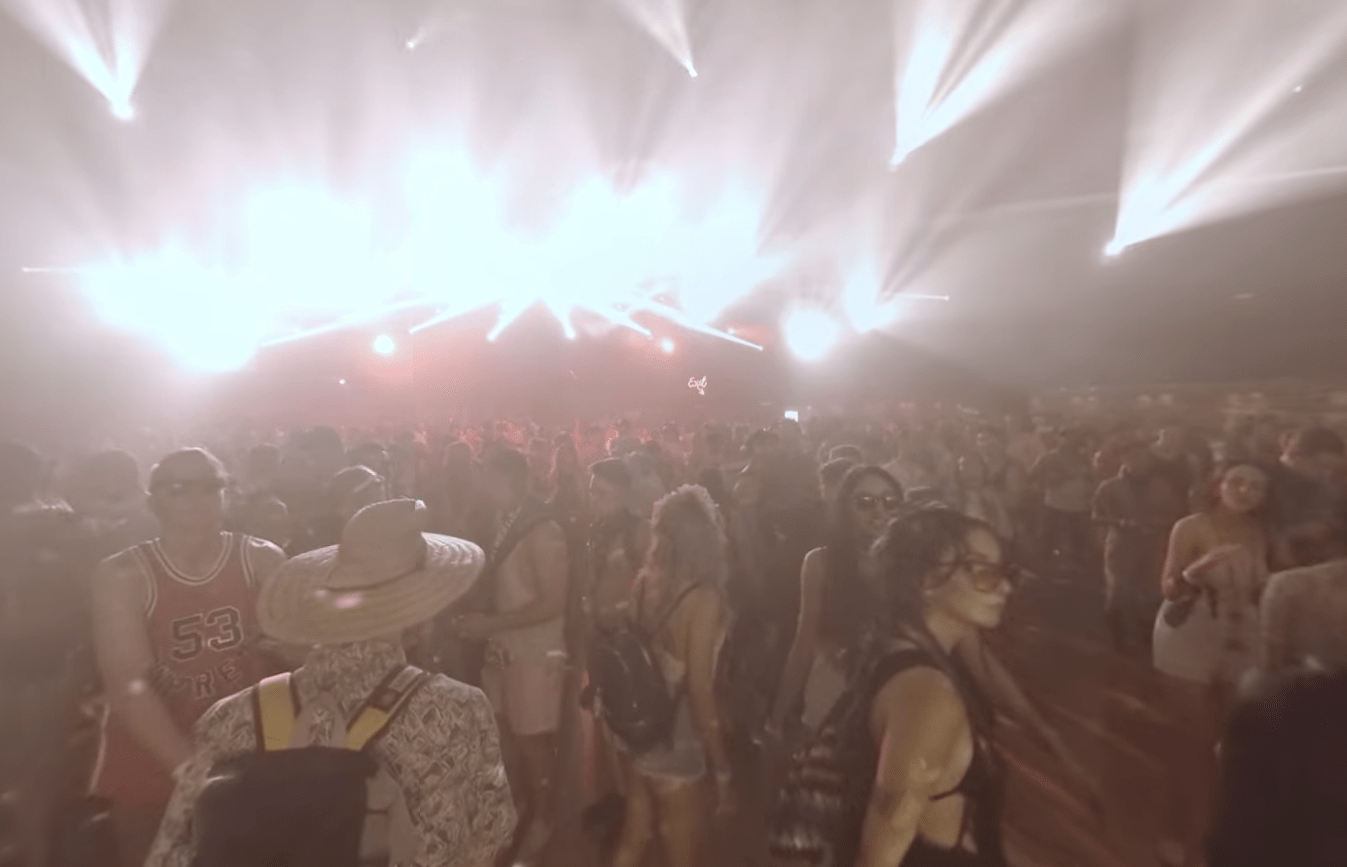 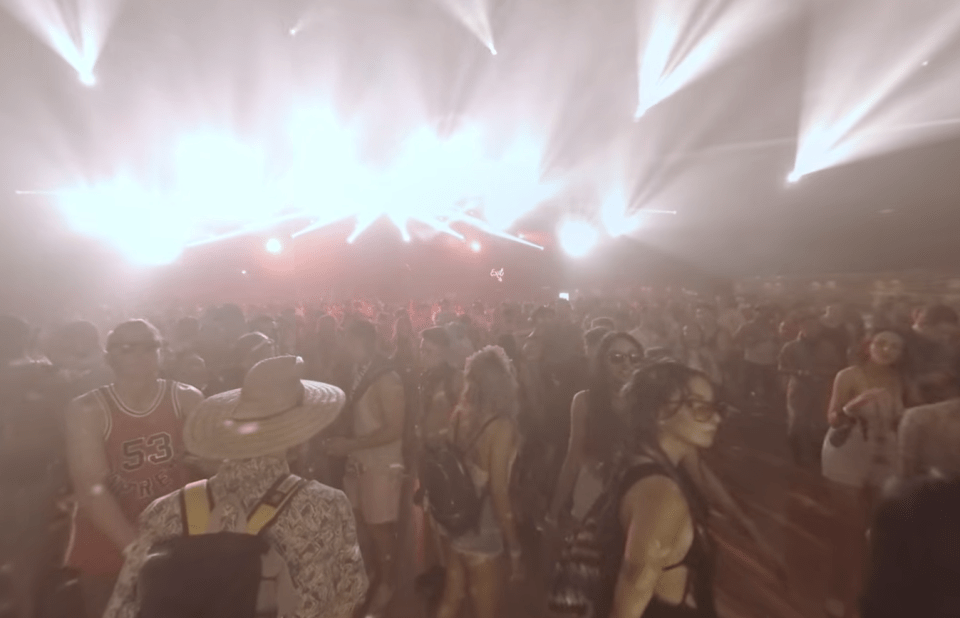 Last week, YouTube started supporting live 360-degree video streams in a bid for more-immersive video content. Though users have been able to upload and watch 360-degree video for over a year, it's only now that Google is introducing the option to beam such content live to thousands of viewers. Still, having the ability to broadcast this video in real time isn't the same as delivering a compelling visual experience. Indeed, the first uses of YouTube's new technology show that it's going to take a lot of creative thinking from directors and designers to actually make interesting content.

The first videos were certainly high-profile: A number of bands streamed their Coachella performances in 360 degrees this weekend, and musician Dawn Richards performed a few songs live from YouTube's Los Angeles studio last week. While I didn't watch all the Coachella performances, what I did see from both the music festival and Dawn's more intimate performance did little to convince me that this new format is better than a more traditional presentation.

The Coachella videos amounted to just putting a camera at the front of the stage. It didn't bring me any closer to the performers than a standard livestream would. In fact, it made me even more aware that I was watching from hundreds of miles away on a computer screen. For starters, the video only utilized half of the field of view -- I spun around to see the thousands of people having way more fun than me once, but there was no reason to do it again. Though it was shot in 360 degrees, only 180 of them felt worth watching.

It takes more than just a 360-degree camera to make a compelling video.

The stationary camera also felt limiting: It was like someone stuck me to the front of the stage and said I could only turn my head but not move around. I'd have rather watched a professionally shot and edited live video. While cuts and close-ups don't give you the viewpoint of someone in the stands, they actually help make up for the fact that you're watching remotely by showing you detail you wouldn't get in the audience. Even though the viewpoint was the best seat in the house, it didn't feel more immersive than standard video.

Dawn's performance was a bit different. She also performed her songs live but did so on a set specifically designed for 360-degree video. The camera was basically placed dead-center in the room, floating a bit higher than the performers; a stage extended out in four directions from there. Theoretically, this meant that there was always something to experience no matter which way you looked.

In practice, however, the 15-minute performance didn't make me feel like I was actually there, and the novelty of 360-degree video again failed to make up for the format's flaws. The performance was perhaps best described as a live music video, with dancers strutting up and down the stage and a variety of lighting effects giving the whole thing some much-needed mood. But there were plenty of ways you could point the camera and come up with nothing interesting to watch, and being able to look around the entire set was distracting and took some of the magic away, for lack of a better word. It was kind of like seeing a behind-the-scenes clip of a movie shoot where all the truth of a set, warts and all, is revealed. That's fun when you're explicitly interested in seeing how a video is made, but it kept Dawn's performance from feeling like a polished presentation. It was an impressive technical feat but not any sort of groundbreaking piece of art. To be clear, it isn't necessarily fair to expect something groundbreaking with the first demonstration of a new technology. But it is a reminder that simply experimenting with something new isn't enough. You need to make compelling content. Otherwise, why bother? The Coachella videos and Dawn's performance both felt like Oculus Rift's early demos, where we saw plenty of incomplete games you wouldn't want to play. While it's possible these videos would be more engaging when watched in a VR headset (I watched on my laptop), the vast majority of people checking them out will do so on their computer or smartphone. Still, early adopters with VR headsets are just the type of consumer who might find these new videos compelling.

The biggest thing I felt was missing from these demos was a sense of direction. Viewers have the option of looking anywhere they want at any time, and that freedom is compelling. But it would be helpful to have some hint or clue about where the viewer "should" look to get more out of the experience. Without that, watching these videos felt like distantly observing a series of random, unconnected events.

Creators like Dawn will need to continue experimenting to find the best ways to use 360-degree video.

Strangely enough, I kept coming back to Google's Spotlight Stories as a great example of well-executed 360-degree video that takes full advantage of its unique format. Spotlight Stories originally launched on the Moto X in 2013 and are basically short cartoons you watch on your smartphone. You can move your phone up, down, left and right to explore the artist's world with full freedom. But there are a plot and characters to follow, and the design and direction of these cartoons use the freedom of the 360-degree space to their advantage. Viewers are free to look anywhere they want at any time, but the design of the cartoon always manages to get your attention and show you where to look so you can follow the story. To be clear, I'm not suggesting that YouTube's new platform will be a failure if it isn't used to tell narrative stories. That's only one way to use video, and the ability to drop a 360-degree camera anywhere you want and broadcast live to the world is an incredibly powerful tool. The proliferation of Snapchat, Periscope and Facebook Live Video over the past year or so shows there's a big desire for simple, immediate broadcasts. YouTube's latest might never be used for narrative storytelling, and that's OK -- but creators still need to figure out what it's best suited for and put it to good use, something that didn't happen in these first few trials.

Both Coachella and Dawn deserve kudos for being pioneers. But it's going to take some time to figure out how this new tool can be used to make more-engaging video. We have the technology. Now it's up to the creative community to figure out how to best use it. It's not enough to dance around a 360-degree camera and call it a day.

In this article: 360degrees, 360degreevideo, av, coachella, editorial, entertainment, internet, youtube360, youtubelive360
All products recommended by Engadget are selected by our editorial team, independent of our parent company. Some of our stories include affiliate links. If you buy something through one of these links, we may earn an affiliate commission.