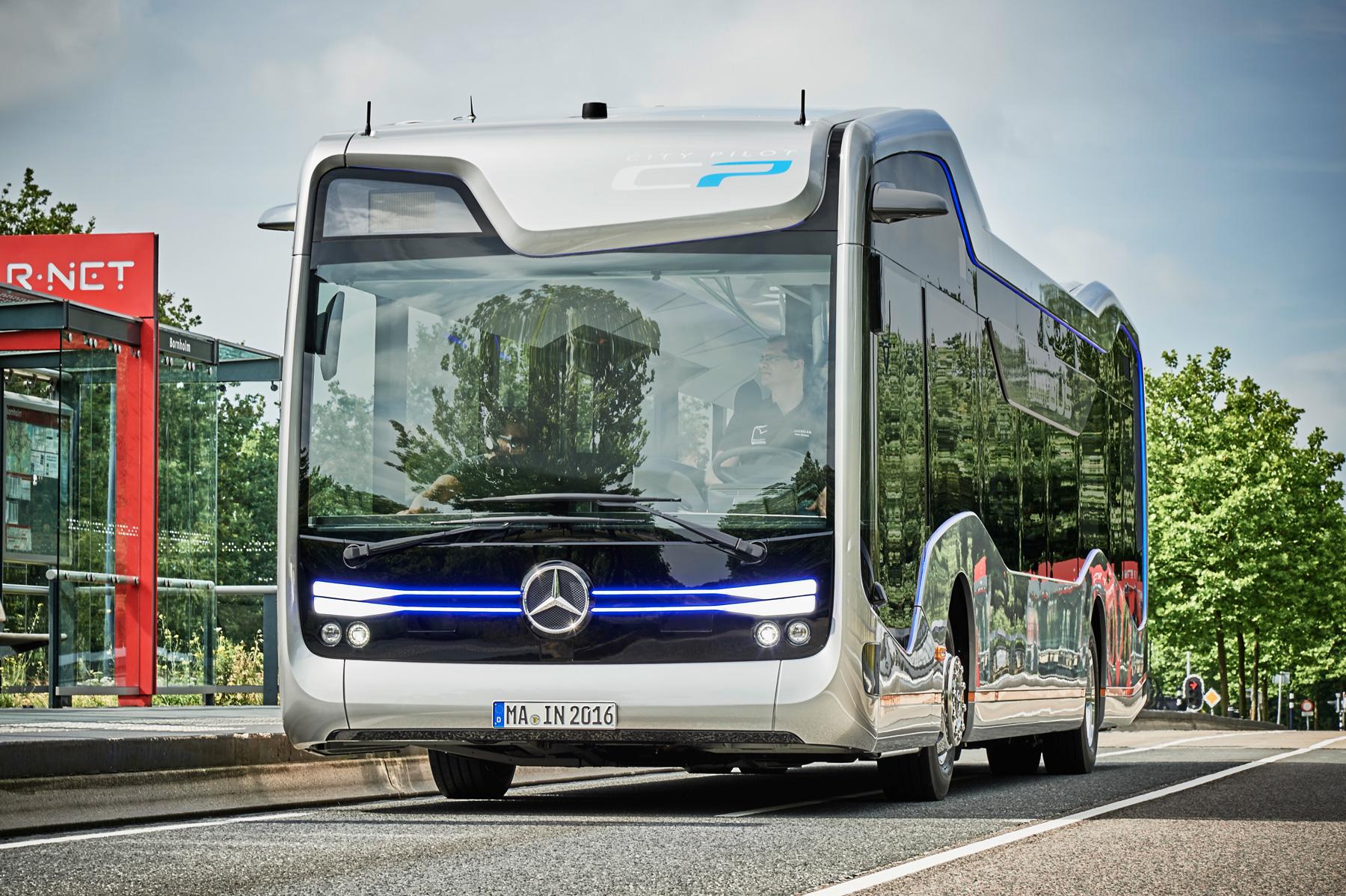 Mercedes-Benz's CityPilot autonomous bus technology just got a real-world, long-range test drive on the streets and highways of the Netherlands. One of the company's Future Bus vehicles successfully followed a 20km Bus Rapid Transit route between Amsterdam's Schiphol airport and the nearby town of Haarlem, navigating through tight turns, intersections and pedestrian areas all without the need for human input.

The CityPilot platform is based on a version of Daimler's Highway Pilot autonomous trucking technology adapted to handle the specific needs of a city bus. With GPS, radar and a dozen cameras built into the vehicle itself, the bus can recognize traffic signals, pedestrians and other obstacles. The bus has a top speed of 70km/h (or about 43 mph) and all that data taken together allows the bus to position itself within inches of bus stops or raised accessibility platforms.

Although regulations still require a human operator sit behind the wheel in case of an emergency, the vehicle's intelligent systems make for a much smoother ride for everyone. Unlike other autonomous vehicles, the bus is actually connected to the city network so it can communicate directly with traffic lights and other city infrastructure. The camera systems can even scan the road for potholes, so buses can avoid rough patches on their next run or share that data back to the city.

Technology aside, the vehicle itself is based on Mercedes' popular Citaro bus with a completely redesigned interior that takes its design cues from city parks. (Albeit a city park with a whole lot of information screens.) With "designer" benches, expansive windows, and grab rails inspired by trees, the interior might even give that driverless Rolls-Royce a run for its money. While the Future Bus isn't the first autonomous bus to start shuttling people around, it is the first to do so on a public transit system -- a major milestone towards implementing driverless vehicles in cities around the world.

In this article: AutonomousVehicles, citypilot, daimler, driverlessbus, futurebus, gear, highwaypilot, mercedes-benz, PublicTransportation, science, TL19AUTOBUS, tomorrow, transportation
All products recommended by Engadget are selected by our editorial team, independent of our parent company. Some of our stories include affiliate links. If you buy something through one of these links, we may earn an affiliate commission.