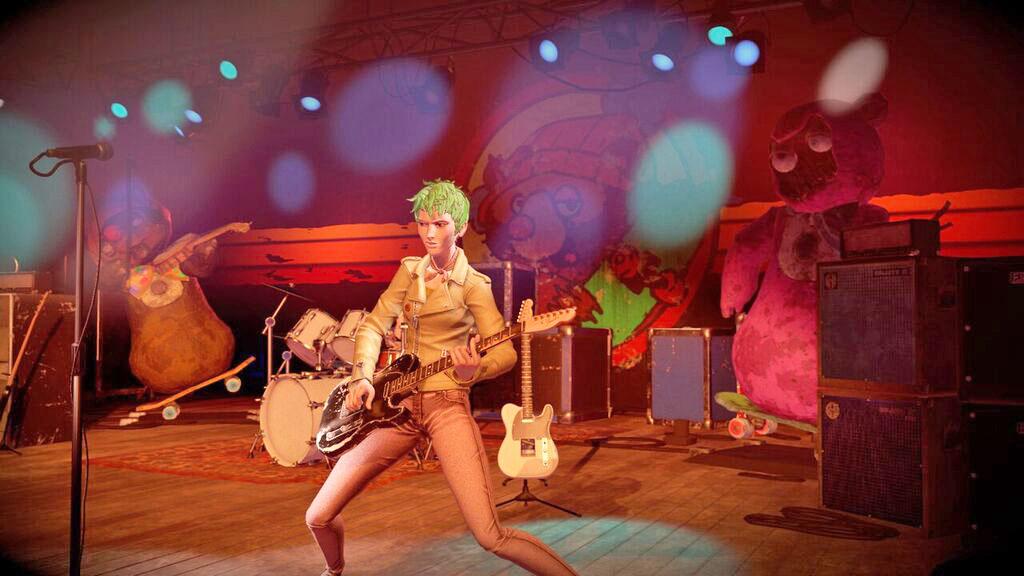 Rock Band Rivals was announced last month during E3 as the first paid expansion for Rock Band 4. It quickly generated buzz ahead of its October release, but there were scant details as to what the expansion would actually provide. Now the cat's out of the bag and Rock Band Rivals sounds a lot like something die-hard fans of the rhythm game series are going to want to get in on.

Rather than playing with friends at the same time, you can team up with other players to create in-game groups called "crews." You and other crews will compete in challenges each week, where victories or failures contribute to the entire group's success as a whole.
It sounds like a much-needed extra dimension for online play, and should offer a new reason to get back on board with competitive gaming via Rock Band 4, if that's what you're interested in.

If you're more about going solo (and who isn't?) the new Rockudrama mode allows you to tell your band's story, much like VH1's popular Behind the Music series. It combines live-action footage and Rock Band gameplay that create a "documentary" of your group's rise to stardom. It's silly and over-the-top, but it adds a layer of personality to a game that was otherwise lacking any real way to "own" your fictional band. Your performances will affect Rockudrama's commentary and even your outcome, so if you want to go down in history you'll have to play like you've already made it.

Rockudrama will come packed with new venues, though there won't be any additional songs to play unless you preorder the entire expansion. In that case, you'll get 10 tracks, including Sia's "Chandelier" and Semisonic's "Closing Time." If you preorder through Amazon, you'll also receive "One More Time" from Maroon 5 and "3AM" from Matchbox Twenty.

Rock Band Rivals will be available for $29.99 for both PlayStation 4 and Xbox One players as a digital download, but if you don't already own Rock Band 4 (which is required) you can purchase a bundled digital version of the original game and the expansion for $59.99. Alternatively, you can pick up PDP's upcoming Fender Jaguar guitar controller bundle for $89.99. If you're brand new to this entire Rock Band business and need a guitar, drum set and microphone too, you can pick up everything from PDP in a tidy little bundle for $199.99. In the immortal words of Freezepop, it's time to "get ready 2 rokk."

In this article: av, gaming, Harmonix, rock band, Rock Band 4
All products recommended by Engadget are selected by our editorial team, independent of our parent company. Some of our stories include affiliate links. If you buy something through one of these links, we may earn an affiliate commission.