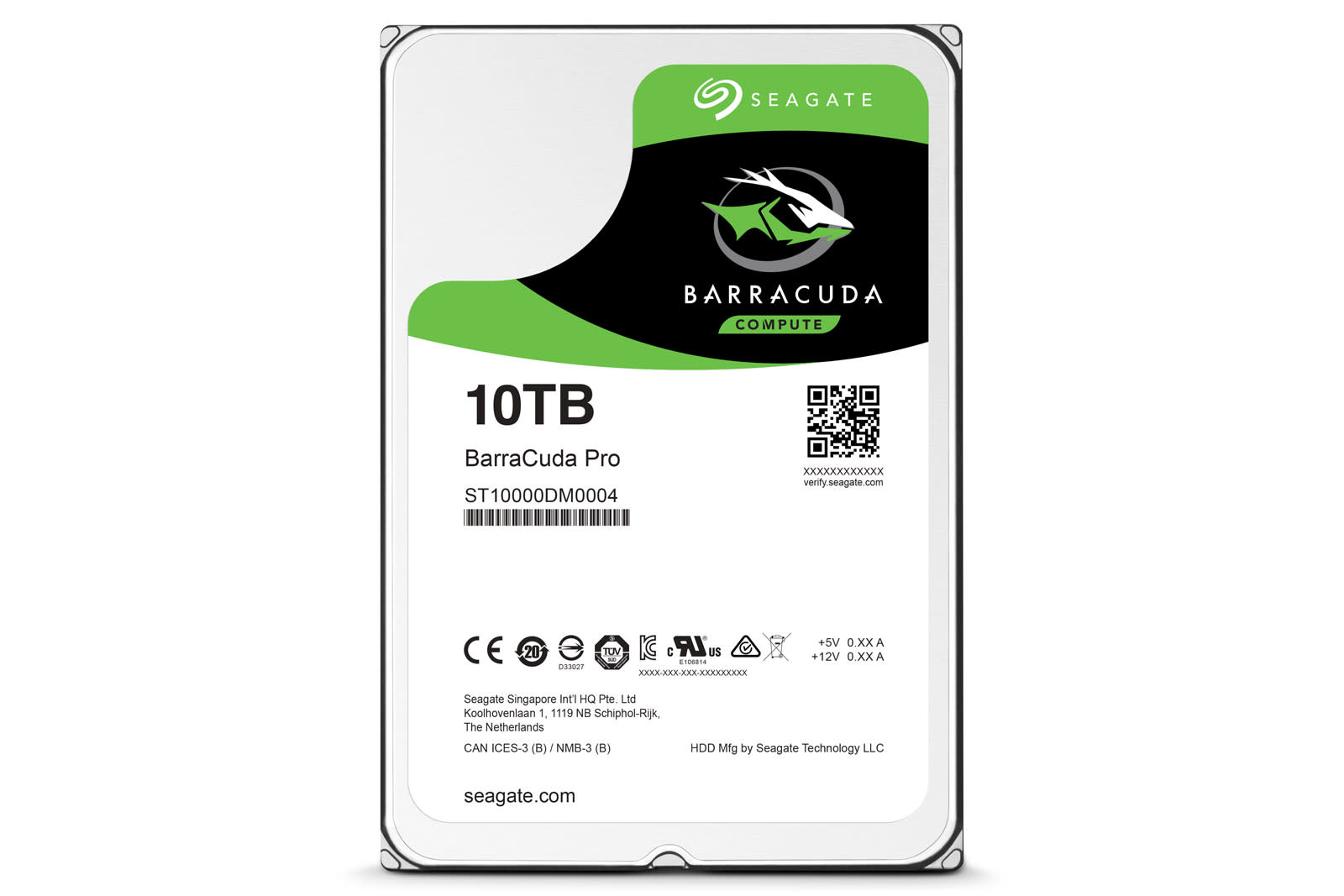 It's no longer far-fetched to buy a 10TB hard drive if you're running a server, but what if you need gobs of space for your games and 4K videos at home? Seagate has your back after today, as it's releasing a trio of 10TB drives (mainly focused on networked and surveillance storage) that include one designed for your desktop. The new Barracuda Pro doesn't do anything remarkable beyond its capacity (it's a standard 3.5-inch, 7,200RPM disk), but that still means getting a massive amount of room in a drive that's meant for a run-of-the-mill PC. Just brace yourself for the cost. Seagate pegs the 10TB Barracuda Pro's price at $535 -- it'll be tempting to settle for 'just' an 8TB disk unless you know you need as much storage as possible in a single drive bay.

In this article: barracuda, barracudapro, gear, harddrive, personal computing, personalcomputing, seagate
All products recommended by Engadget are selected by our editorial team, independent of our parent company. Some of our stories include affiliate links. If you buy something through one of these links, we may earn an affiliate commission.