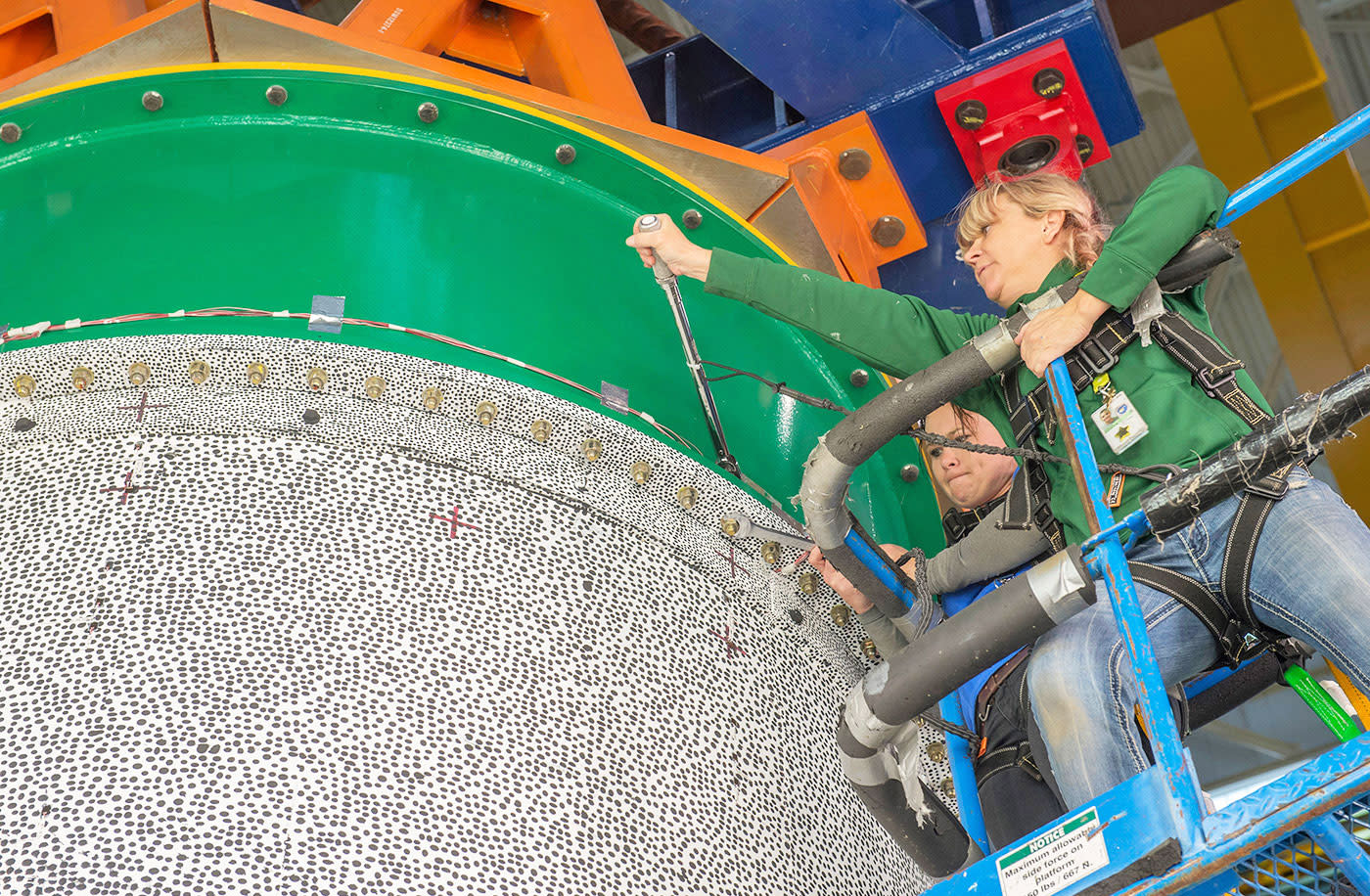 NASA has subjected an 8.4-foot-tall barrel made of composite materials to a series of abuse for the sake of building lighter and stronger rockets. The agency put it under extreme loads of almost 900,000 pounds to determine just how tough the material is. In order to get detailed data of the seven tests they performed, the scientists outfitted it with thousands of sensors and had high-speed and low-speed cameras monitor the whole process. Thanks to those cameras, you can see the barrel suddenly snapping under all that weight in the video after the break.

Dr. Marc Schultz, NASA Langley research engineer, said the "failure still caught [them] off guard" even though they were expecting it. "The loud bang first startled us and then we saw the crack all the way around the barrel that formed almost instantaneously from the buckling event," he added. This is only the first in a series of large-scale tests for NASA's composite material. The researchers plan to apply what they learned from this round to the next four rounds planned over the next four years.

NASA's primary goal is to determine a composite material and structural design that can be used to make rockets lighter and tougher than their metallic counterparts. Those will allow the agency to send off missions with more payload than current ones can carry. Since those rockets will give NASA a way to pack more food, water and other supplies, they could make manned flights to Mars and other deep space destinations a reality.

In this article: compositestructure, lightweightrockets, nasa, science, space
All products recommended by Engadget are selected by our editorial team, independent of our parent company. Some of our stories include affiliate links. If you buy something through one of these links, we may earn an affiliate commission.