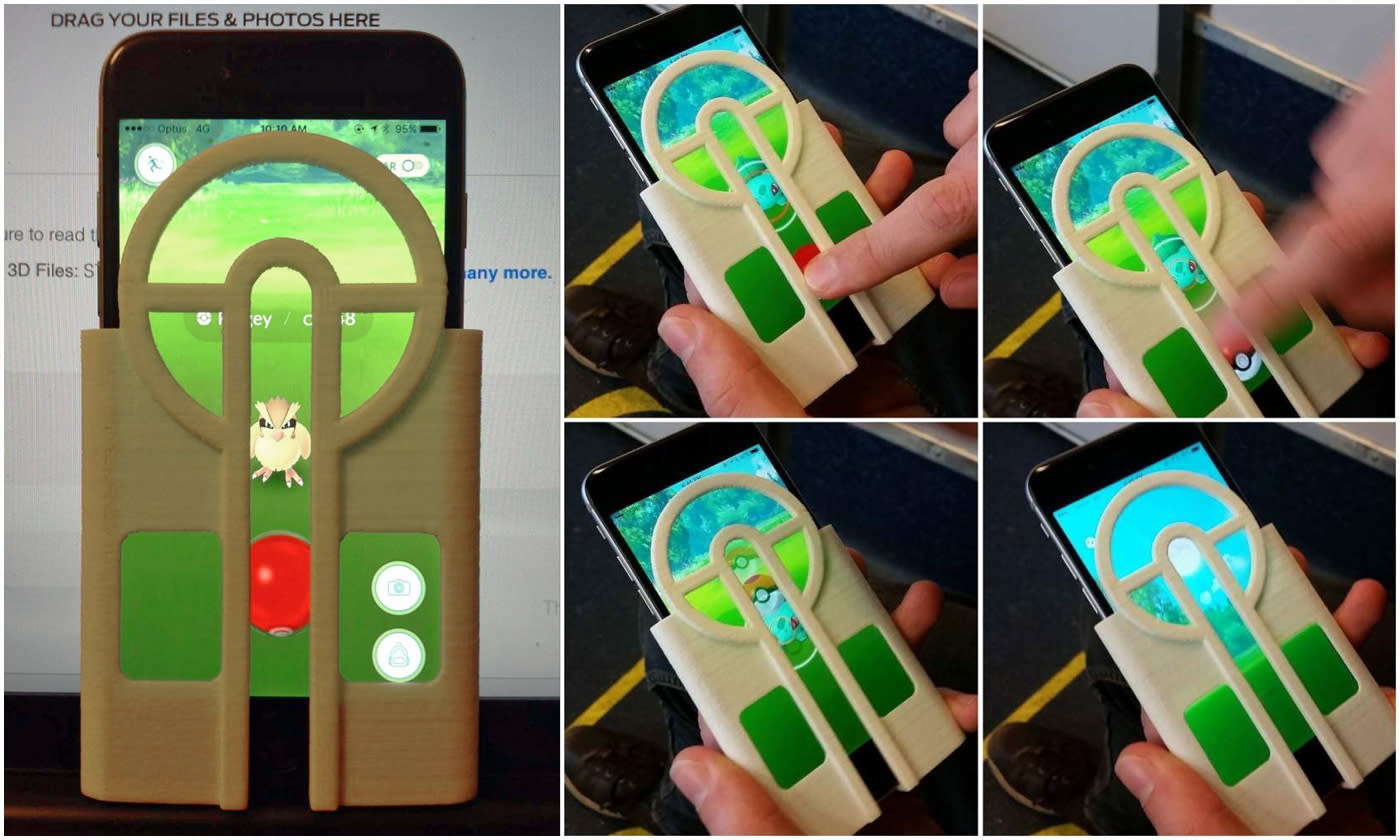 Catching monsters in Pokémon Go sounds deceptively simple: find a creature, and throw an imaginary ball at it by swiping up on your phone screen. The reality is a lot more frustrating -- if you don't flick your finger in a perfectly straight line, the throw will curve to the side and miss. There are two solutions to this. You could practice, or, you could 3D-print a ridiculous phone-cover that takes away all of the challenge. Jon Clever chose to do the latter.

We tease, but Clever's Pokéball Aimer is actually a clever little tool. The custom phone cover fits over an iPhone 6 and creates a trench that guide's the player's finger up the center of the screen for the perfect Pokéball throw.

Unfortunately, it also obscures a good deal of the screen -- offering only cut-outs for on-screen controls. There's a Pokéball shaped window that allows the player to see the target, but the case is only really useful on the game's capture screen. This means it has to be removed for battles, menus and the game's GPS-guided walking mode. It also makes advanced moves, like the curve ball, impossible. Still, tedium is a small price to pay for catching Psyduck. Want your own? You can get the plans for free on My Mini Factory.

In this article: 3dprinting, av, gaming, mobile, Pokémon Go, pokemon, pokemonaimer, pokemongo, printing, videogames
All products recommended by Engadget are selected by our editorial team, independent of our parent company. Some of our stories include affiliate links. If you buy something through one of these links, we may earn an affiliate commission.