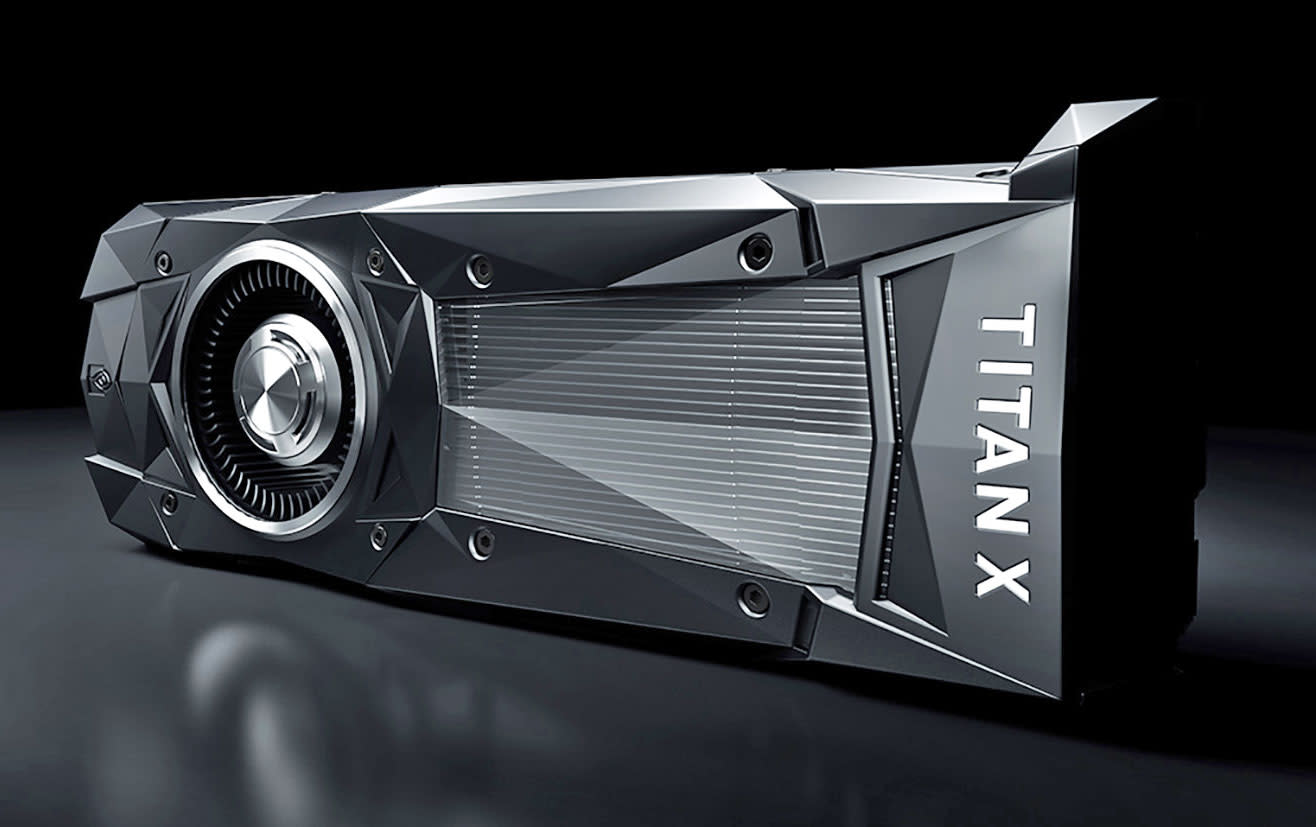 If you recently bought a $599 NVIDIA GTX 1080 in order to have the fastest rig around, I have bad news. NVIDIA has revealed the latest Titan X, a graphics card with 12GB of GDDR5X memory and 3,584 cores running at 1.53 GHZ, yielding an absurd 11 teraflops of performance. That easily bests the 8.9 teraflops of the GTX 1080, which itself put the last-gen Titan X to shame. You probably won't feel too bad, however, when we tell you that the new card has a price tag of $1,200, double that of its now-second-best sibling.

The Titan X, based on the company's new Pascal P102 GPU, has 12 billion transistors and runs at 250W, meaning it burns around 40 percent more power than the GTX 1080. Style-wise, it hews closely to the triangular, faceted form of the GTX 1080, but sports darker colors. It features DisplayPort 1.4, HDMI 2.0b and DL-DVI ports, though the company hasn't yet detailed the configuration. NVIDIA has now unveiled four cards (the GTX 1060, 1070, 1080 and Titan X) in just over two months, which is a pretty frenetic launch rate.

To hammer home the point about brute horsepower, NVIDIA CEO Jen-Hsun Huang did a surprise unveil of the Titan X at a meetup of artificial intelligence experts at Stanford University. That's fitting, because it's starting to blur the line between its gaming cards and Tesla GPU accelerators used for deep learning in servers and supercomputers. The card will go on sale August 2nd in North America and Europe for $1,200, but only on NVIDIA's site and via "select system builders."

In this article: 11Teraflops, AI, gaming, gear, GraphicsCard, launch, nvidia, PC, personal computing, personalcomputing, TitanX
All products recommended by Engadget are selected by our editorial team, independent of our parent company. Some of our stories include affiliate links. If you buy something through one of these links, we may earn an affiliate commission.