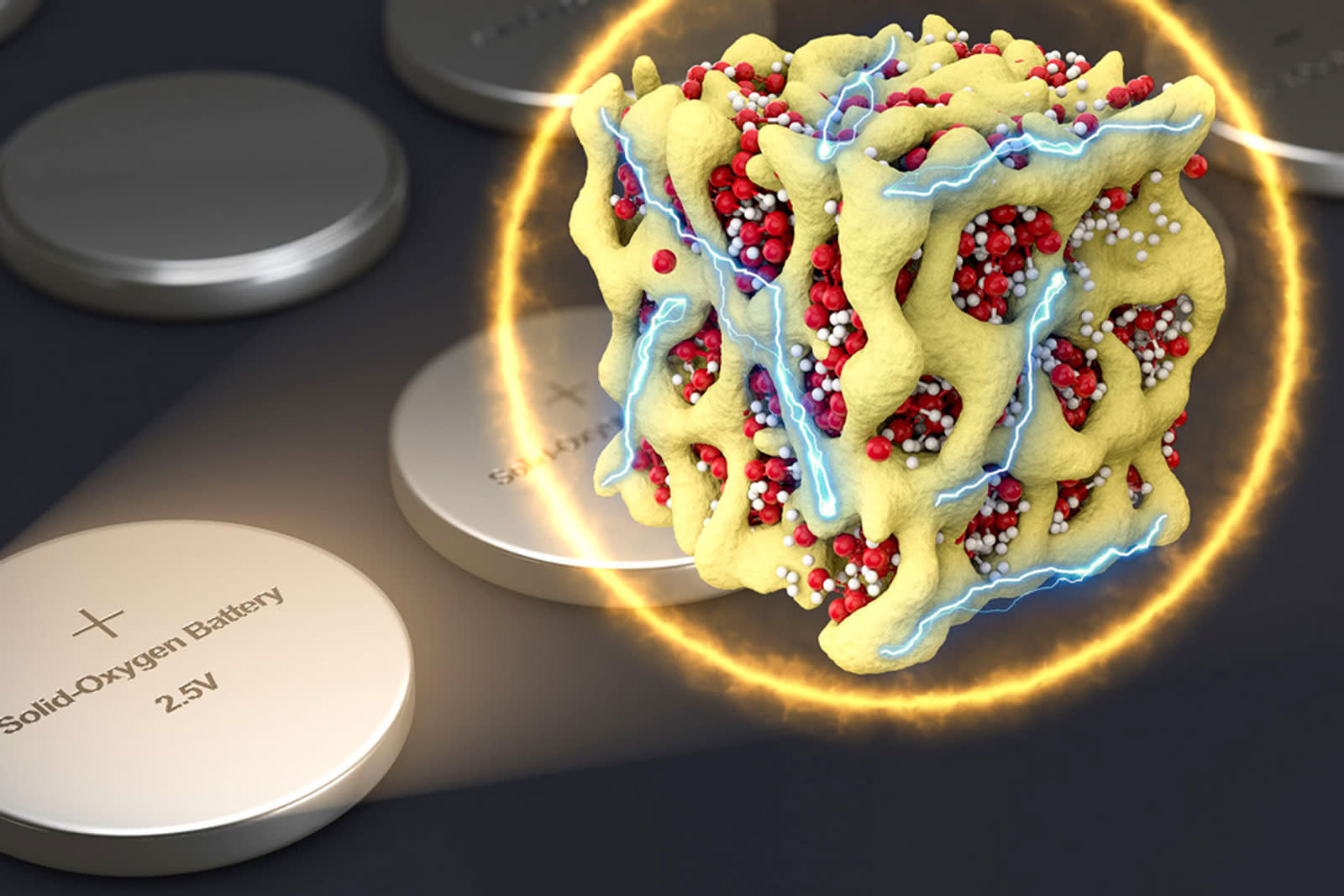 Lithium-air batteries are supposed to lead to lighter, longer-ranged electric cars thanks to their high power-to-weight output, but they have some showstopping flaws: they not only degrade rapidly, but waste a lot of energy input as heat. Neither is exactly ideal in a vehicle that's expected to last you several years and charge quickly. Scientists at MIT, Argonne National Laboratory and Peking University might have found a better way, though. They've engineered a lithium-oxygen battery that offers the light weight of lithium-air without its drawbacks.

Instead of pulling in oxygen from the air to trigger a chemical reaction, like a lithium-air battery would, this new design relies on nanoscale particles that hold both lithium and oxygen, keeping the oxygen inside as it changes states. This both dramatically reduces the energy loss (about five times less voltage) and prevents the rapid changes in volume that cut tend to shrink a battery's usable lifespan. The lithium-oxygen tech is also more friendlier to real-world conditions (lithium-air can't take carbon dioxide or moisture) and is inherently protected against overcharging -- it just shifts to a different reaction when there's too much power.

Right now, the battery exists solely as a proof of concept in a lab. However, there is a plan to create a prototype within a year. It's realistic, too, as it doesn't need expensive materials and could be used just like a run-of-the-mill lithium-ion battery. Should all go well, you could see electric cars that store twice as much energy at a given weight as lithium-ion cells. That, in turn, could lead to EVs that either end range anxiety or don't have to weigh so much to deliver the range you get today.

In this article: ArgonneNationalLaboratory, battery, electriccar, electricvehicle, energy, ev, lithium-air, lithium-oxygen, mit, mobile, PekingUniversity, personal computing, personalcomputing, science, transportation
All products recommended by Engadget are selected by our editorial team, independent of our parent company. Some of our stories include affiliate links. If you buy something through one of these links, we may earn an affiliate commission.