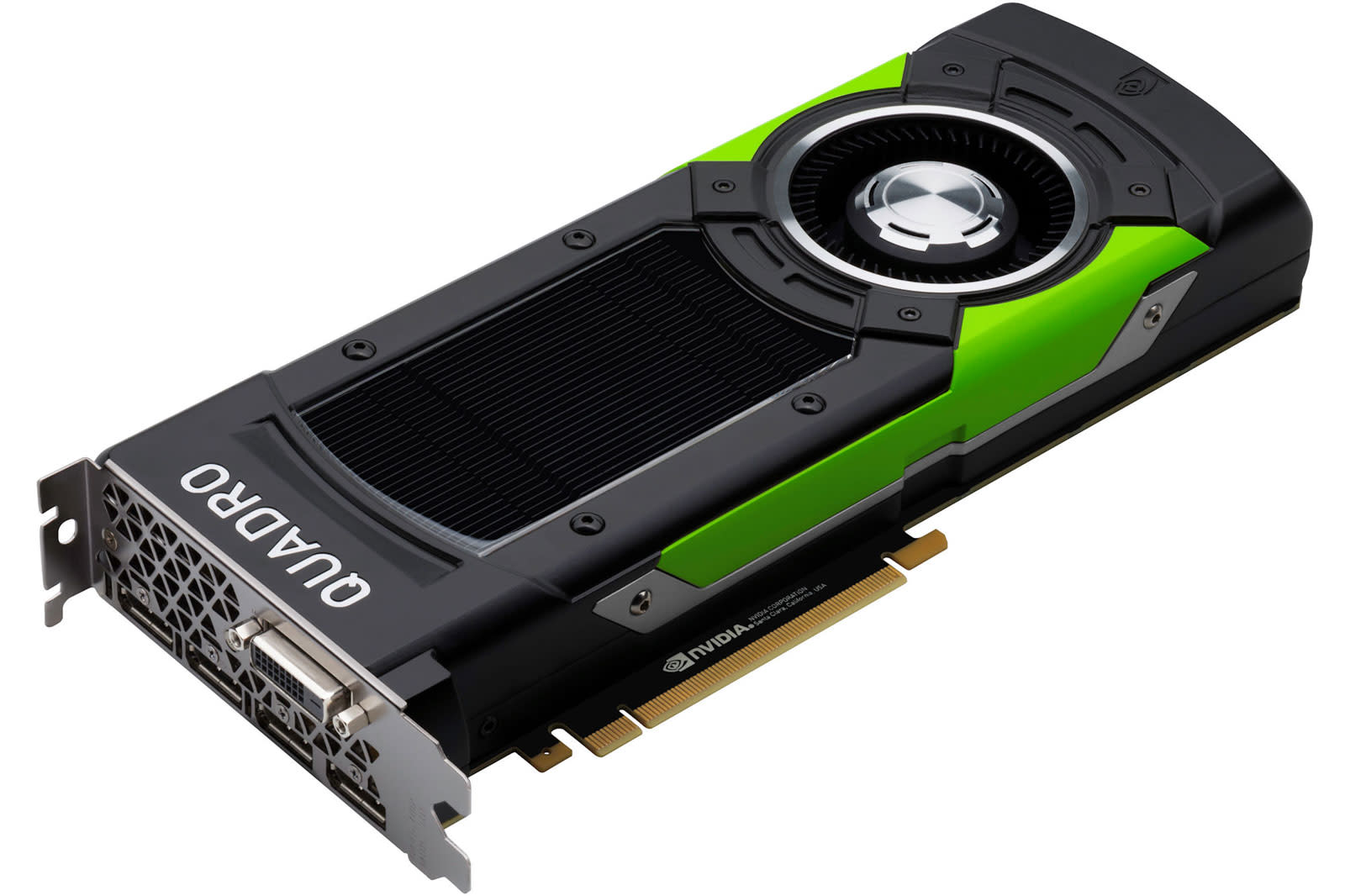 Did you think NVIDIA's newest Titan X was a monster of a video card? You haven't seen anything yet. The GPU maker has unveiled its latest Quadro workstation cards, the Pascal-based P5000 and P6000, and they both pack power that makes your gaming-grade card seem modest. The P6000 (above) is billed as the fastest graphics card to date, and for good reason. It has even more processing cores than the Titan X (3,840 versus 3,584) and twice as much memory -- a whopping 24GB of RAM. The P5000 is closer to the GTX 1080 in performance with "just" 2,560 cores, but its 16GB of RAM handily bests the gaming card's 8GB. If you're working with massive amounts of 3D data, these are likely the boards you want.

However, their real party trick is more a matter of software. Both the P5000 and P6000 can take advantage of a new VRWorks 360 Video developer kit which, as the name suggests, helps produce virtual reality footage. They can capture, stitch and livestream VR video from up to 32 cameras in real time, which could make them ideal for that VR concert feed.

There's only one catch: pricing. NVIDIA is shipping both Quadro cards in October, but it hasn't said how much either of them will cost. Given that the Titan X costs $1,200 and doesn't pack as much video memory as either of these GPUs, it's safe to presume that this hardware will considerably more. These designs are meant for pros who can easily justify the price through the hours they'll save while finishing big projects.

In this article: gear, gpu, graphics, nvidia, p5000, p6000, pascal, personal computing, personalcomputing, quadro, quadrop5000, quadrop6000, siggraph2016, videocard, virtualreality, vr, vrworks, workstation
All products recommended by Engadget are selected by our editorial team, independent of our parent company. Some of our stories include affiliate links. If you buy something through one of these links, we may earn an affiliate commission.