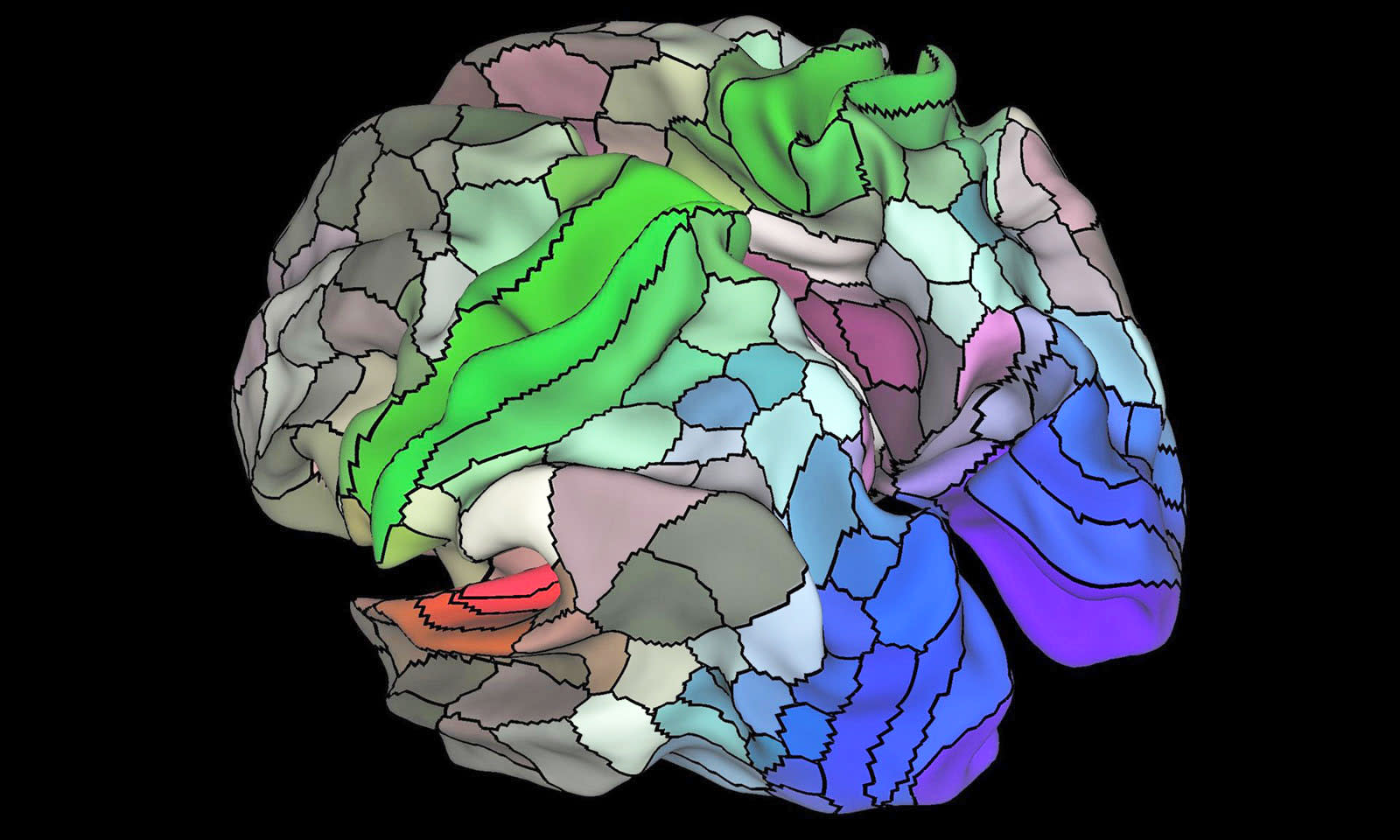 Scientists are still using a 100 year-old map to identify 83 known regions of the brain, but that's about to change. A team from Washington University in St. Louis, working with the Human Connectome Project, has plotted 97 new areas of our gray matter, bringing the total to 180. The updated map will help researchers better explore the brain and may lead to breakthroughs in autism, schizophrenia and other neurological disorders. "If you want to find out what the brain can do, you have to understand how it is organized and wired," says study leader Dr. David Van Essen.

Scientists scanned 1,200 test subjects with customized MRI machines packing three teslas of magnetic field strength. The patients were given simple tasks like listening to stories and doing math to see which regions lit up. They found that certain brain areas are clearly involved with, say, listening to a story, while others map a person's field of view or control movement. The team not only developed a precise, well-defined map, but also released an "alignment algorithm" so that other researchers can repeat the tests.

The researchers defined 180 regions per hemisphere, but each of those can likely be subdivided further by future researchers. And while different regions of the brain perform specific functions, they also provide assistance and pass signals to other parts of the brain. In fact, the Human Connectome Project previously determined that strong connectivity between regions of the brain was a good marker for intelligence.

Using the algorithm, researchers and doctors can map a new subject's brain in an hour or so with nearly 97 percent accuracy, even if the regions are irregular. The study should help doctors find areas affected by diseases like dementia to better see how treatments are working. Down the road, it will serve as a blueprint for further development and help us discover more about how our brain's tick, and therefore, what makes us human.

In this article: BrainScan, HumanConnectomeProject, medicine, Research, science, video, WashingtonUniversityInSt.Louis
All products recommended by Engadget are selected by our editorial team, independent of our parent company. Some of our stories include affiliate links. If you buy something through one of these links, we may earn an affiliate commission.