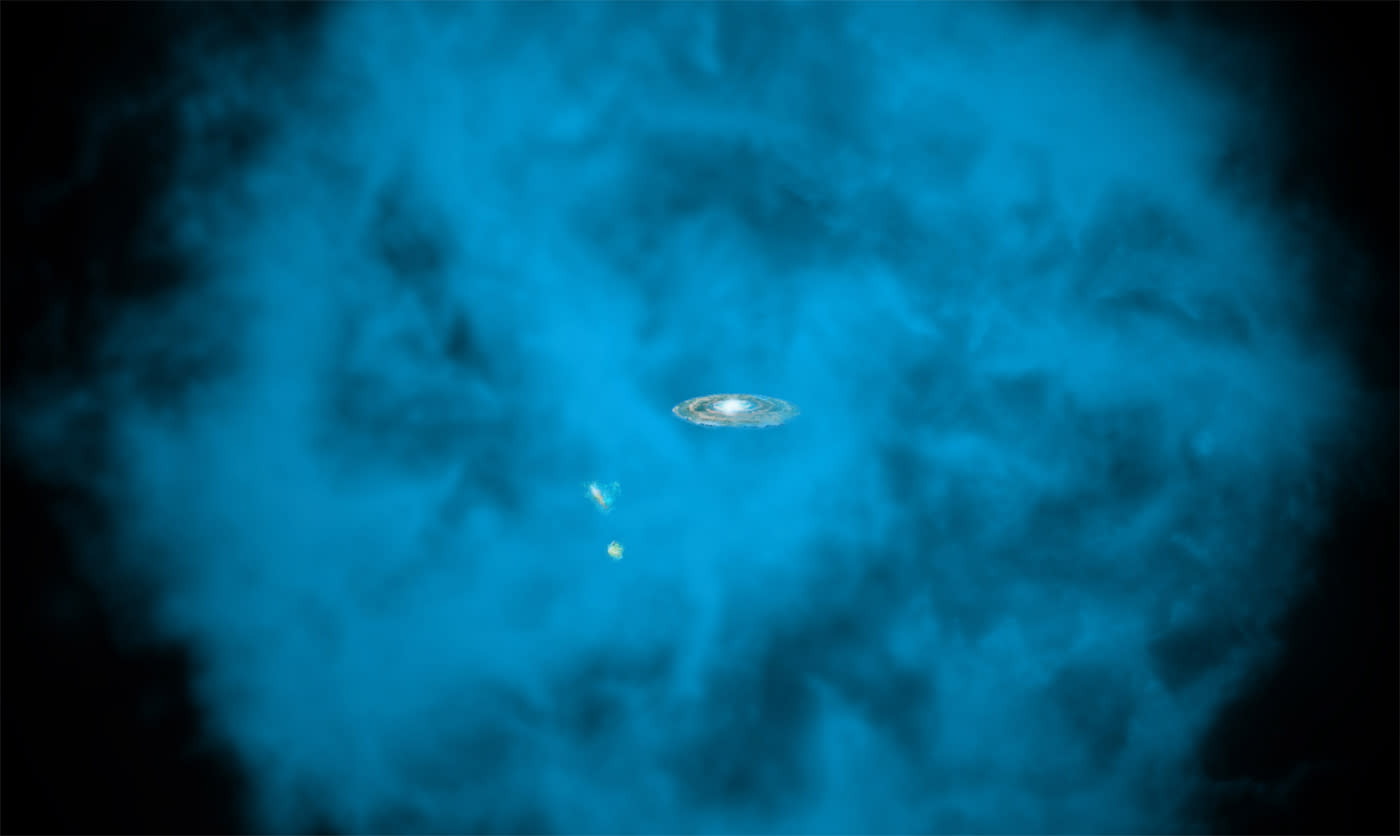 Out beyond our solar system are billions of other planets, starts, moon rocks and solar systems. Beyond that, however is an enormous, hot, gaseous halo of matter. It stretches for hundreds of thousands of light years, and could be the key to sorting out why there's not as much matter in the Milky Way as scientists estimate there should be. Now, scientists have learned something new about this layer of gas: It's spinning at almost the same rate as the rest of our galaxy.

The halo is typically thought of as stationary, researchers at the University of Michigan were able to record it in motion by measuring changes in light wavelengths. Contrary to common belief, they found the halo was spinning in the same direction as the galaxy's stellar disc and, at 400,000 mph, almost as fast.

"This flies in the face of expectations," Edmund Hodges-Kluck, assistant research scientist at the University of Michigan, explains. "People just assumed that the disk of the Milky Way spins while this enormous reservoir of hot gas is stationary -- but that is wrong." It's more than an interesting footnote, too. Hodges-Kluck says the rotation serves as a clue to how the galaxy was formed in the first place. "It tells us that this hot atmosphere is the original source of a lot of the matter in the disk."

Armed with this new information, researchers will be able to learn how that matter got from the outer halo to the core of the galaxy. The same data may also be able to help predict the future of the Milky Way. That, however, will take years of further research -- not that the team is scared of that. "We can use this discovery to learn so much more," says University of Michigan professor Joel Bergman. "The rotation of this hot halo will be a big topic of future X-ray spectrographs."

In this article: galaxy, milkyway, milkywaygalaxy, nasa, science, space
All products recommended by Engadget are selected by our editorial team, independent of our parent company. Some of our stories include affiliate links. If you buy something through one of these links, we may earn an affiliate commission.