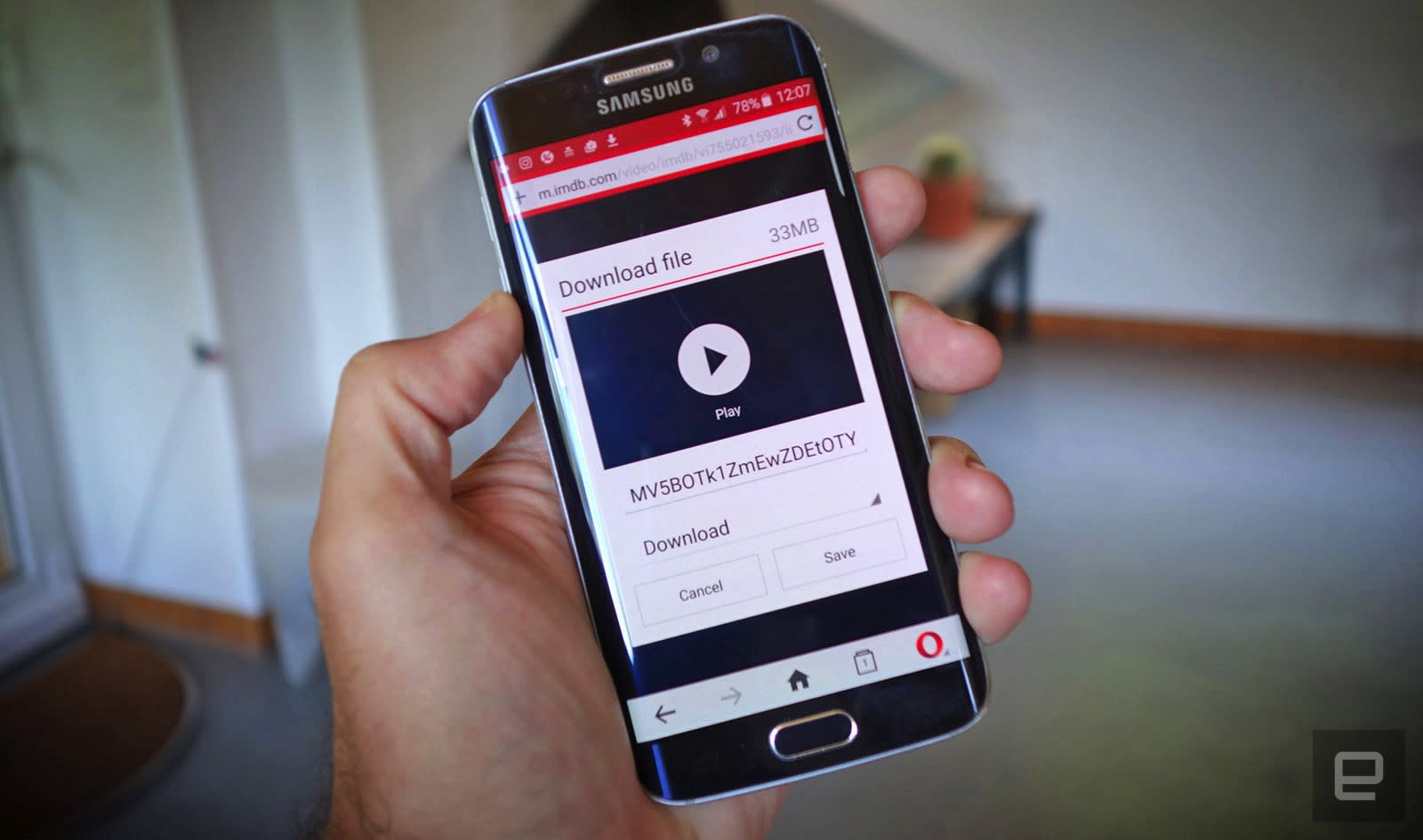 If you're often in areas where mobile data is spotty or pricey, the Opera Mini browser for Android has a helpful new feature: video downloading. When you're at home or have solid WiFi, you can visit sites like Facebook, IMDB and GQ.com and download videos directly to your phone. Later, if you're without a signal or want to keep your cell bill down, you can watch the videos offline at your leisure.

The feature works with sites like Facebook that support native .mp4, .webm and other formats, but not with YouTube and others that use their own media players. You can download a video while you're watching it by hitting a button at the top right.

The feature should be handy for those of us who use the subway or drive in the country where cell connections are limited or nonexistent. But Opera is aiming it more at developing nations like India, where cellular data can be dicey and prohibitively expensive. Google recently did something similar with YouTube, offering an offline mode that allows you to schedule video downloads during periods where data is cheaper. Facebook is also testing an offline mode, letting users sync videos on WiFi and watch them in the app later on.

In this article: Downloads, gear, internet, mobile, Offline, Opera, OperaMini, video
All products recommended by Engadget are selected by our editorial team, independent of our parent company. Some of our stories include affiliate links. If you buy something through one of these links, we may earn an affiliate commission.