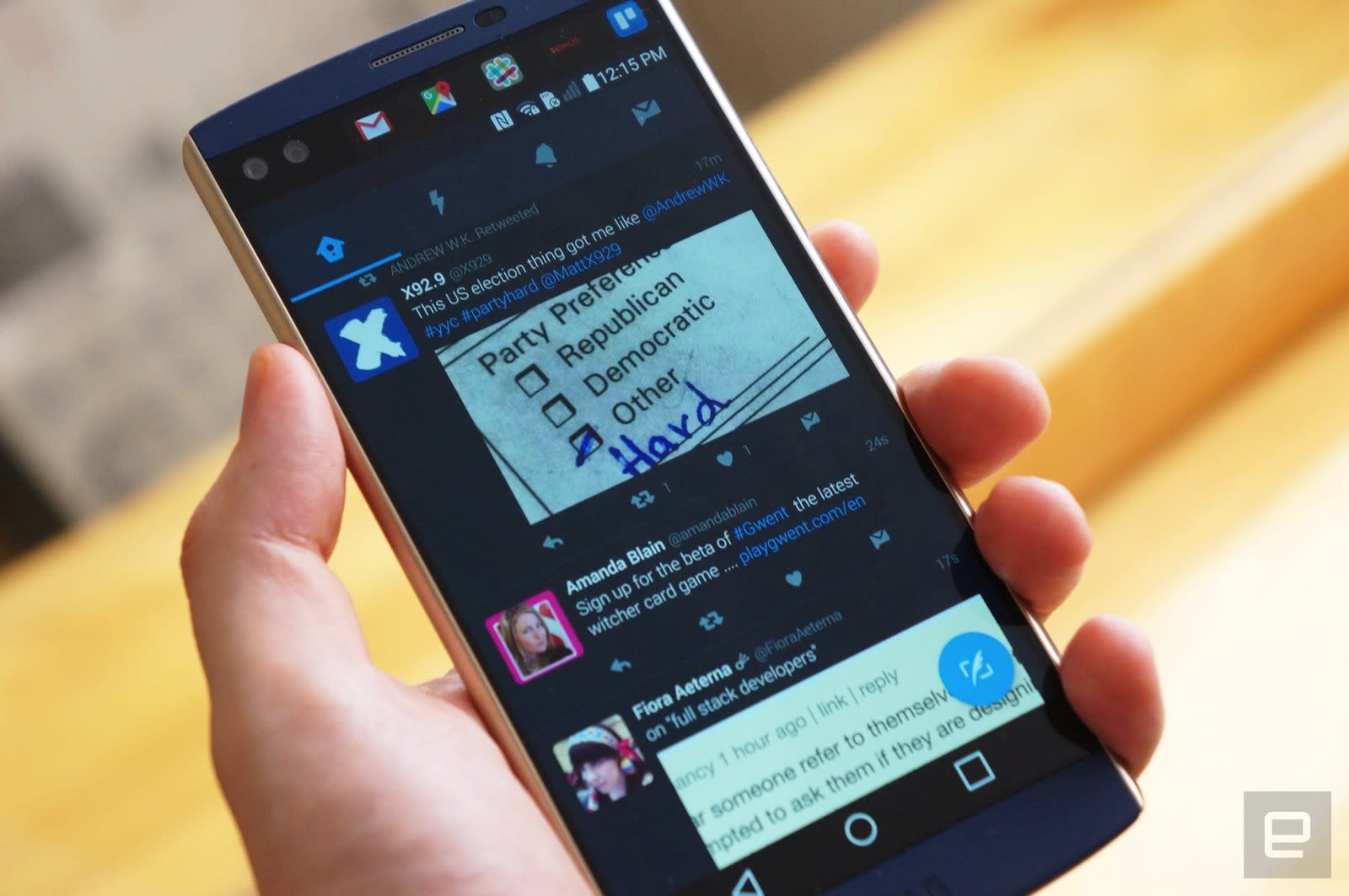 White and blue might be Twitter's official look, but it's not exactly eye-friendly at night -- fire up the official mobile app in the dark and you'll burn your retinas. Mercifully, that won't be a problem from now on. Twitter for Android now includes an optional night mode that, as you'd suspect, changes the palette to less eye-searing shades of dark gray. This isn't a new feature in Twitter clients by any stretch (Tweetbot says hi), but it's helpful if you prefer to use the official app. As for iOS? While there's no mention of a night mode yet, it's likely coming in the near future.

Now on Android! Turn on night mode to Tweet in the dark. 🌙https://t.co/XVpmQeHdAk pic.twitter.com/vrIDEM22vO

In this article: android, app, gear, internet, mobile, services, smartphone, socialnetwork, socialnetworking, twitter
All products recommended by Engadget are selected by our editorial team, independent of our parent company. Some of our stories include affiliate links. If you buy something through one of these links, we may earn an affiliate commission.