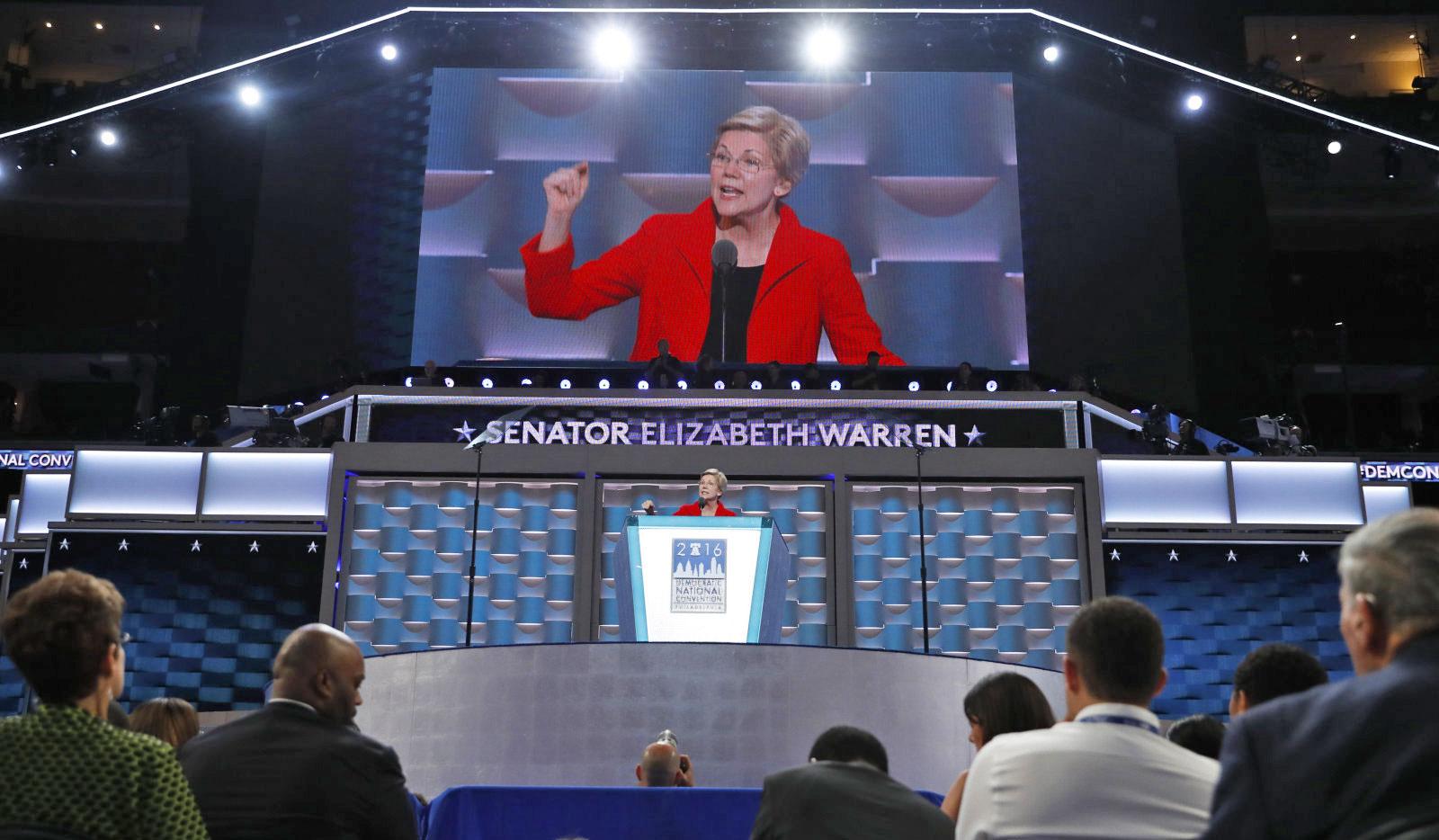 The Democrats and Republicans differ on many fronts, but the contrast is particularly striking when it comes to climate change. The Republican party platform dismisses it and its presidential candidate calls it a "hoax." But on Monday night as the 2016 Democratic National Convention began, multiple speakers including Senators Bernie Sanders (D, VT) and Elizabeth Warren (D, MA) touched on the need to directly address the issue. Similarly, the party's 2016 platform document spends many pages touching upon climate change, calling it an "urgent threat and a defining challenge of our time.

But the party also sees this as an opportunity to spur job growth at the country moves towards clean energy on all levels. "Democrats reject the notion that we have to choose between protecting our planet and creating good-paying jobs," the platform reads. "We can and we will do both."

It's not wildly different than what the party said in 2012. "We know that global climate change is one of the biggest threats of this generation – an economic, environmental, and national security catastrophe in the making," the 2012 platform states. "We affirm the science of climate change, commit to significantly reducing the pollution that causes climate change, and know we have to meet this challenge by driving smart policies that lead to greater growth in clean energy generation and result in a range of economic and social benefits." However, this year's document goes into more detail about what's at stake, what needs to be done, and how going green can help the country's economy at the same time.

The platform is quite explicit in the measures the country needs to take to help curb climate change. The Democrats hope to reduce greenhouse gas emissions "more than 80 percent below 2005 levels by 2050," meet President Obama's promise in the Paris Agreement to keep global temperature increases "well below two degree Celsius," and get the country "running entirely on clean energy by mid-century." While many of these are long-term goals, the platform also calls for getting 50 percent of our electricity from clean sources in the next decade.

The combo of climate change and the need to build out the middle-class economy has led the Democrats to believe the country needs to make " the most ambitious investment in American infrastructure since President Eisenhower created the interstate highway system." The platform calls for updating the country's infrastructure, including roads, bridges, public transportation, airports, and rail lines; it also says we need "21st-century energy and water systems." Modernizing these systems will help "create millions of good-paying middle class jobs," the document reads.

Other measures to make our country greener include cutting back energy waste by making our homes, schools, offices, hospitals and other buildings more energy efficient. That includes "modernizing the electric grid" and making the manufacturing that does take place in America more efficient. The government also intends to partner with states, cities and smaller communities to help achieve these goals, as the party believes it'll require partnerships at the local level to meet its goals.

The party also want to update our tax codes to disincentivize the use of less green forms of energy. "Democrats believe the tax code must reflect our commitment to a clean energy future by eliminating special tax breaks and subsidies for fossil fuel companies as well as defending and extending tax incentives for energy efficiency and clean energy," the platform reads. Changing the tax structure is rarely a popular move, but the Democrats aren't worried about that in the face of the climate change issue.

And the platform has no room for those who say climate change is a hoax: "Democrats believe that climate change is too important to wait for climate deniers and defeatists in Congress to start listening to science," it says, making the urgency of the issue clear. "[We] support using every tool available to reduce emissions now."

In this article: climatechange, democraticpartyplatform, dnc, dnc2016, green, greenenergy, politics, science
All products recommended by Engadget are selected by our editorial team, independent of our parent company. Some of our stories include affiliate links. If you buy something through one of these links, we may earn an affiliate commission.