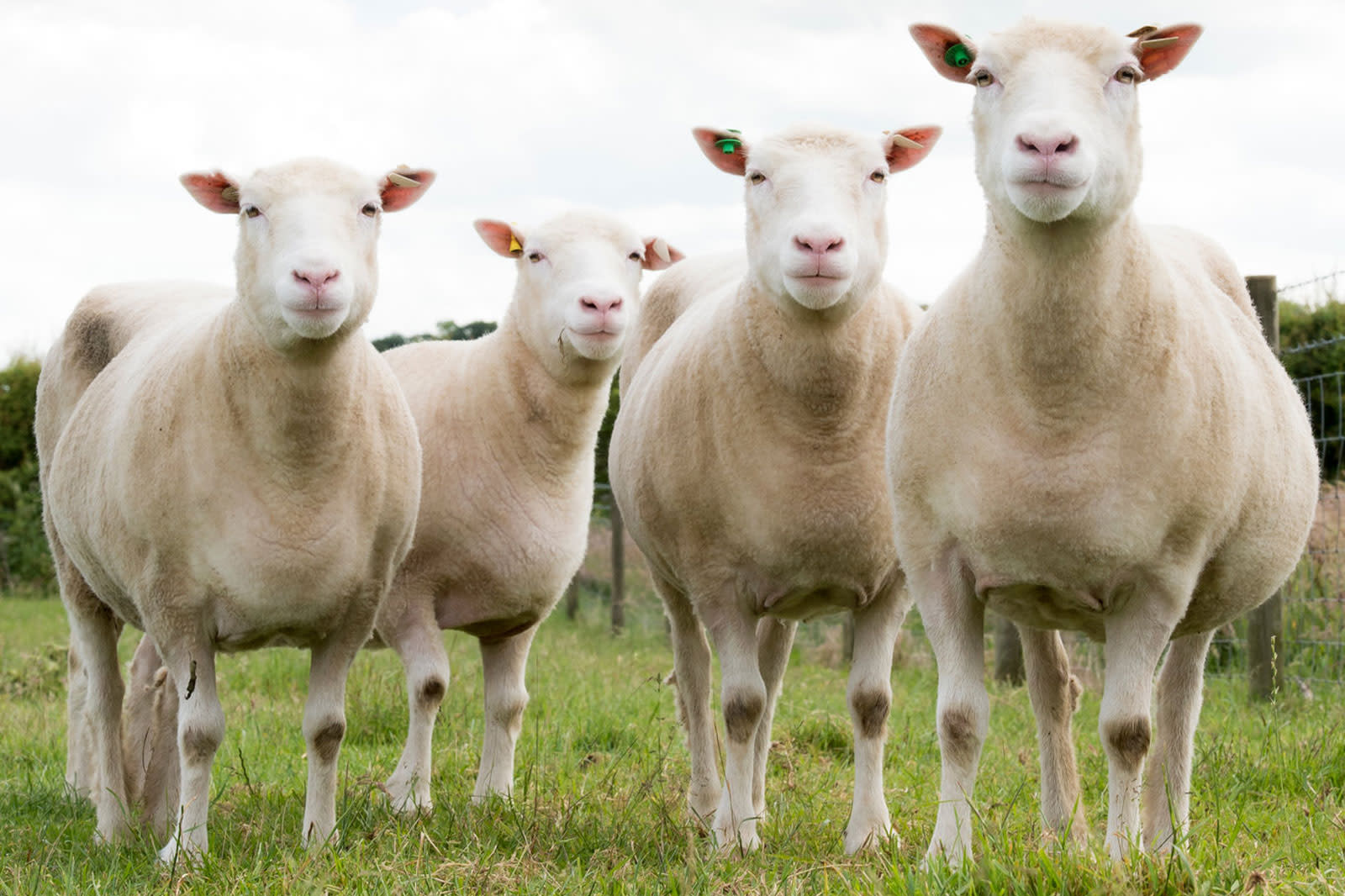 When Dolly the cloned sheep fell victim to premature aging, lung disease and osteoarthritis, that triggered many fears. Is cloning safe? Would her fellow clones also meet an early end? Apparently, you can relax. A University of Nottingham study shows that four of Dolly's genomic clones (Daisy, Debbie, Denise and Dianna) are healthy, with no conditions that suggest they're aging too quickly. Some showed early signs of osteoarthritis, but that's normal for their advanced age. In short: cloning, if all goes well, is safe.

This doesn't mean that the cloning floodgates are flinging wide open. As the New York Times observes, very few cloned embryos make it to adulthood. Many fail before they're even born, and those that do frequently die while they're very young. Also, the data isn't going to eliminate ethical objections to cloning, especially for humans.

However, the findings might dispel some of the preconceptions that helped fuel blanket bans on cloning animals (or selling the meat from those animals) in countries like Australia and Canada. It shows that clones aren't automatically defective -- for scientists, the biggest challenge is refining the technique so that survival rates are comparable to what you'd normally see.

In this article: biology, clone, cloning, dna, dolly, dollythesheep, genetics, medicine, science, sheep, universityofnottingham
All products recommended by Engadget are selected by our editorial team, independent of our parent company. Some of our stories include affiliate links. If you buy something through one of these links, we may earn an affiliate commission.