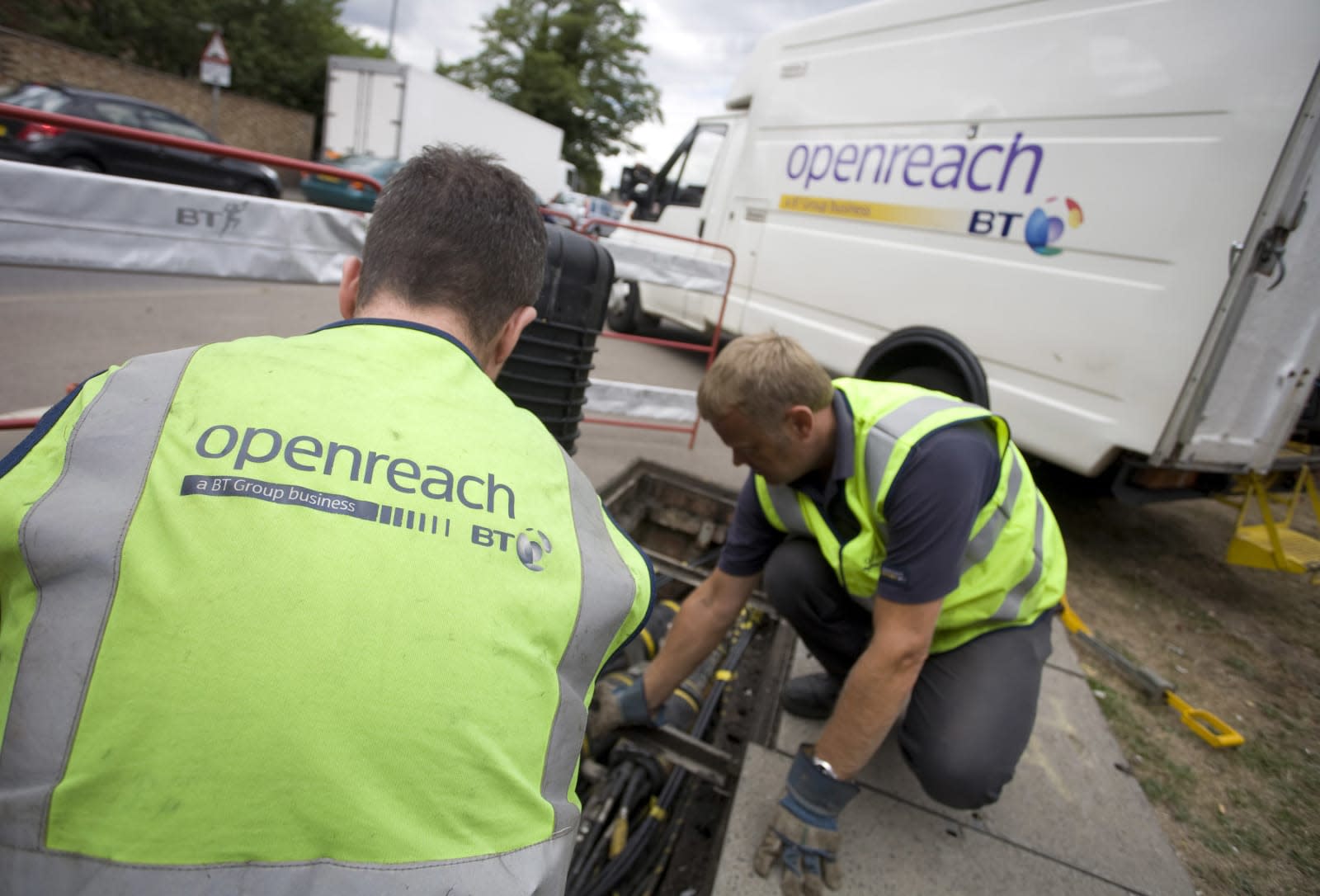 After reviewing the tangled relationship between BT and its broadband infrastructure subsidiary Openreach for more than a year, Ofcom yesterday put forward its plan to create a greater distinction between the two businesses. Under the proposals, Openreach would become "a legally separate company," whilst remaining under the BT Group umbrella; a move Ofcom says is the most cost-effective and least disruptive way of giving Openreach greater independence. But -- surprise, surprise -- BT competitors, which are also Openreach customers, believe Ofcom hasn't gone far enough.

Ofcom wants Openreach to have its own board, its own directors and its own CEO, with none of these execs reporting to anyone within the larger BT machine. Openreach will then be free to make decisions on strategy and investment without a perceived bias towards BT's agenda.

As soon as Ofcom announced last year it was putting BT and Openreach under the microscope, the likes of Sky and TalkTalk (which use Openreach's network to underpin their own services) called for a full split. Criticisms included a lack of investment in broadband infrastructure, particularly fibre, as well as a general poor quality of service, including slow installations and fault resolutions -- all stemming, they argue, from Openreach's focus on BT's interests above all else.

Sky half-heartedly accepted Ofcom's proposals yesterday, though it did admit they fall short of expectations. TalkTalk voiced similar views. Three even piped up to vent its disappointment -- the company still reeling after its merger with O2 was denied after BT's relatively smooth road to acquiring EE. Industry lobbying-slash-moaning isn't looking like it'll quiet down any time soon, however.

A group that includes Sky, TalkTalk and Vodafone have today launched the "Fix Britain's Internet" campaign, which basically parrots all the criticisms of BT and Openreach we've heard time and time again. The campaign's website urges you to email Ofcom and your local MP -- through a handy form that does most of the work for you -- to express your dissatisfaction at the current status quo. You don't exactly have to read between the lines to also see the prepared statement implies Ofcom could be bolder in its proposals.

Ofcom's tango with BT isn't over yet. Its proposals aren't set in stone and it will have to work with the company for some time while the greater separation of Openreach plays out. But Sky and Co., it seems, are a tough crowd to please, and one that isn't going to stop pushing its own agenda of a full separation until there are no open ears left to listen.

In this article: broadband, bt, culture, fixbritainsinternet, internet, ofcom, openreach, sky, talktalk, vodafone
All products recommended by Engadget are selected by our editorial team, independent of our parent company. Some of our stories include affiliate links. If you buy something through one of these links, we may earn an affiliate commission.