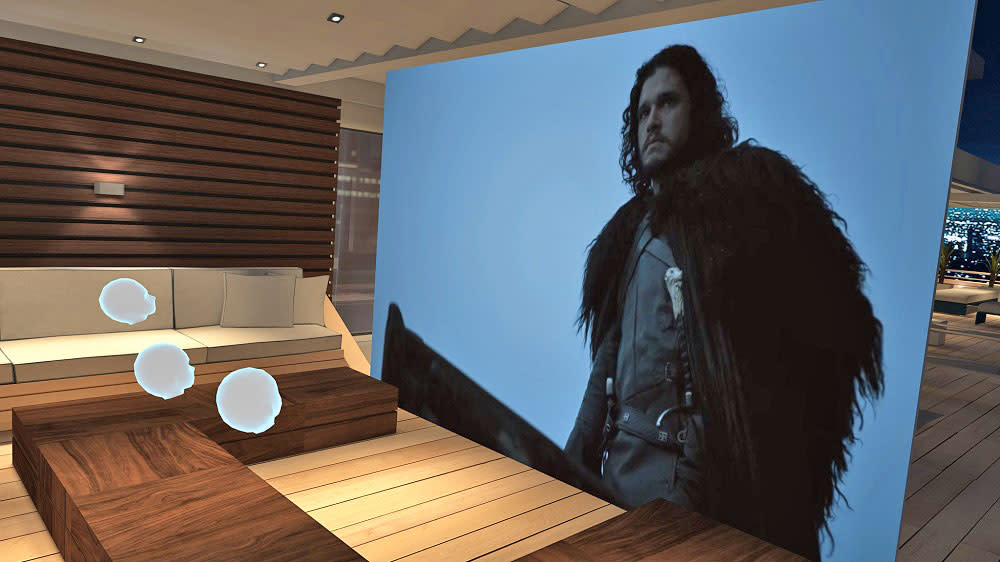 BigScreen launched in beta back in April as a software solution to run conventional apps or films on a "screen" within VR for HTC Vive and Oculus Rift headsets. But one of its coolest features, sharing your digital monitor with friends, was hampered by the program's inability to send along any accompanying audio. Today, BigScreen is fixing that, adding the ability to hear exactly what your friend is listening to in a setup the team calls "Desktop Audio Streaming."

Essentially, this lets you share audio exactly as you're hearing it from every source you have open — except BigScreen itself, which would create a horrific echo loop. Multiple people can tune in to hear the same thing, but only the room's host can broadcast sound. It's a minor limitation, but it also prevents random folks from dropping into the room and blasting music. Counter-Strike and Call of Duty players know that pain.

For details on how to set up BigScreen to finally achieve the "VR LAN party" they promised, check out this Reddit post by the company's CEO. You'll need to install a separate audio driver, a temporary fix that the team hopes to replace with an internal one in the future while they clean up the other bugs. Sure, the software's a little rough, but it's difficult to complain when they're offering it free on Steam.

In this article: BigScreen, BigScreenVR, DarshanShankar, gear, HTCVive, OculusRift, personal computing, personalcomputing, VirtualReality, vr
All products recommended by Engadget are selected by our editorial team, independent of our parent company. Some of our stories include affiliate links. If you buy something through one of these links, we may earn an affiliate commission.