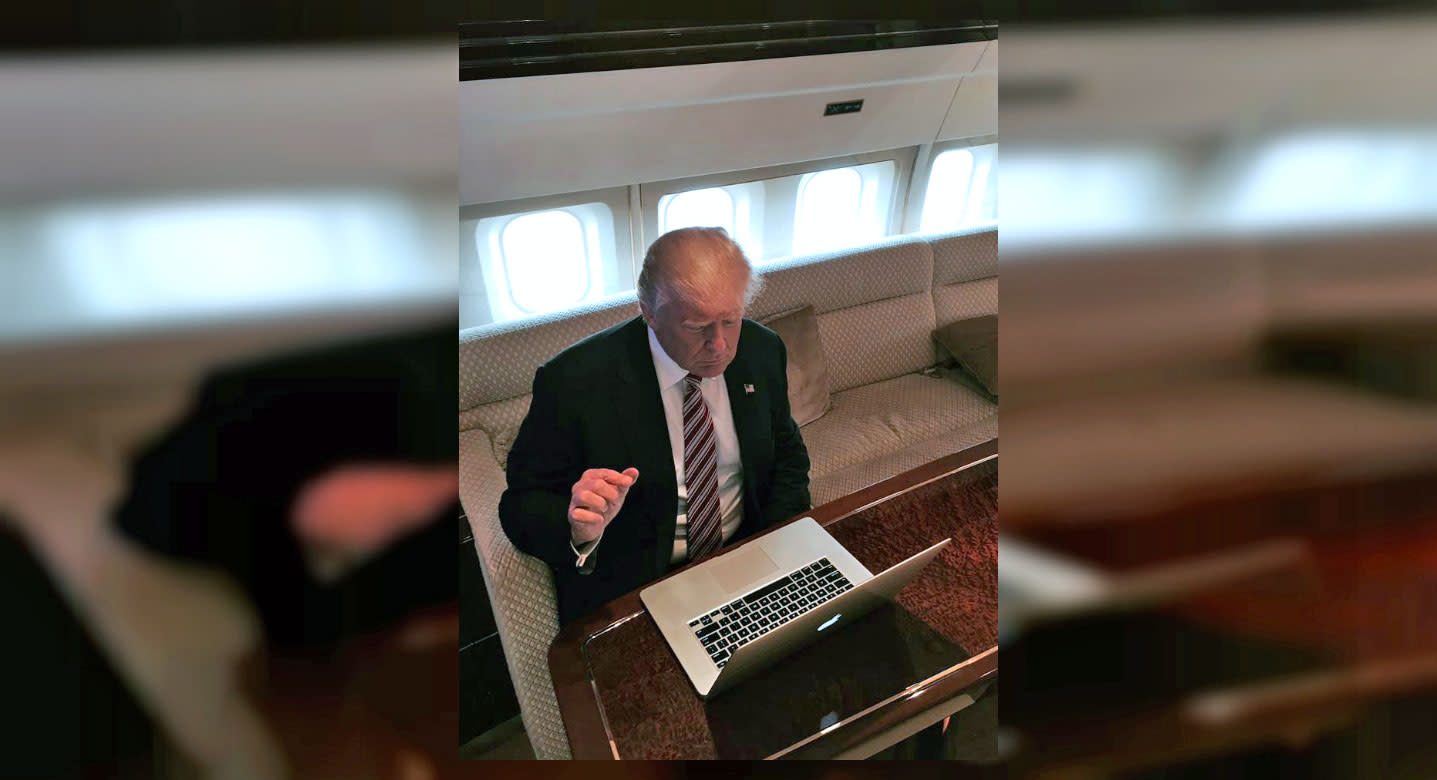 Republican Presidential nominee Donald Trump participated in a Reddit AMA last night on the pro-Trump forum, /r/The_Donald, allowing a handful of internet denizens to ask him questions about the election and his proposed policies. He answered 12 questions in total and stuck to fairly broad statements such as, "I think NASA is wonderful." Trump reiterated his distrust of the press and of Democratic nominee Hillary Clinton, and his goal to repeal the Affordable Care Act. His most in-depth answers invited former Bernie Sanders supporters to vote for him and reached out to people considering voting for a third-party candidate.

In a post-AMA thread and elsewhere in /r/The_Donald, some users accused Reddit administrators of "censoring" the Trump session by artificially down-voting it and not showing it on the site's front page.

"People will continue to censor this community and Trump supporters alike, but keep doing what you do, all of you," one member wrote.

In the same post-AMA thread, moderators of /r/The_Donald bragged that they banned more than 2,000 accounts during the Q&A session. At odds with the accusations flung at Reddit administrators over similar assumed silencing tactics, news of the in-forum bans was met with more than 200 replies of acclaim.

"For the record we banned 2,200 shills during Mr. Trump's AMA," a moderator wrote. "Sorry brigaders [sic], you weren't dealing with amateurs, our mods are battle-hardened shill-slayers."

Moderators deleted any comments from accounts created in the past month and banned any users that they felt asked hostile questions. Before the AMA kicked off, moderators shared a message reminding participants that /r/The_Donald was not part of Trump's campaign and they intended to protect their community. The message continued as follows:

"Yes, we will ban troublemakers. Yes, we will remove trolling comments. Yes, we mean it when we say we'll throw anyone over our walls who fails to behave themselves."

One Redditor said he asked why Trump refused to share his tax returns and was immediately banned.

I asked @realDonaldTrump on his AMA why he wont share his tax returns...

I got immediately banned. pic.twitter.com/LhmDKNvFzj

Plenty of comments did get past the moderators' banhammer, though Trump left more questions unanswered than answered. Twelve is a fairly low number of responses compared with most Reddit AMAs, which are traditionally hosted in the /r/IAmA forum.

One of the 12 questions Trump did answer was, "Are you getting tired of winning?"

Trump responded, "I am never tired of winning, and as your president I will win for you, the American people. I'm with you!"

In this article: AMA, censorship, culture, DonaldTrump, election, election2016, internet, politics, reddit, RedditAma, TL17MODR
All products recommended by Engadget are selected by our editorial team, independent of our parent company. Some of our stories include affiliate links. If you buy something through one of these links, we may earn an affiliate commission.